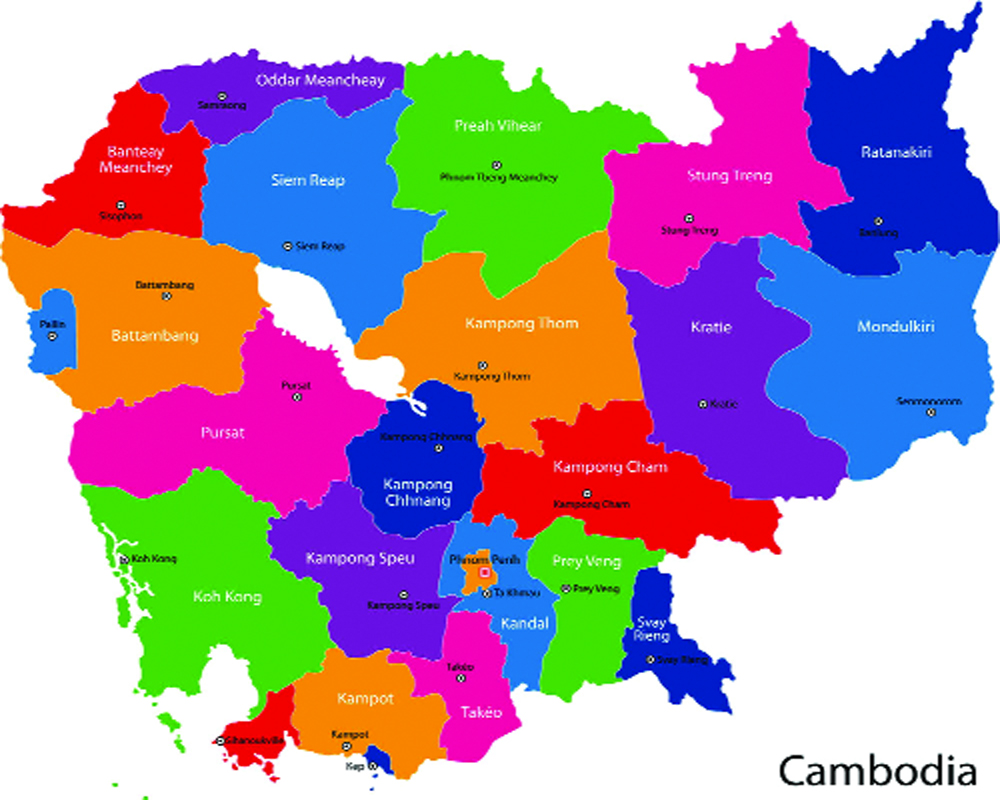 Despite its increasing reliance on China, Cambodia must revitalise its relationship with other key and major partners in the Indo-Pacific

Prime Minister Narendra Modi’s declaration of 2022 as the ASEAN-India friendship year goes beyond ceremonial rhetoric.  India seeks to improve the level of partnership with key Southeast Asian countries. Recent developments indicate this trajectory. From high-level engagements with Indonesia and Vietnam to finalizing the sale of the BrahMos shore-based supersonic cruise missile with the Philippines, India has endeavored to bolster its strategic partnership with these countries. However, it will be interesting to assessthe status of India-Cambodia relations given that both countries will be celebrating their 70th anniversary of diplomatic relations this year. Though the relations between India and Cambodia have been growing steadily over the past years,Cambodia has been seen to be moving deeperinto China’s sphere of influence. Being Cambodia’s largest trading partner, China continues to increase its influence there. China has fundedat least 70 per cent of Cambodia’s key infrastructure, particularly, roads and bridges. China promised to deliver an amount of RMB 4 billion (US$588 million) in aid between 2019-2021. During the pandemic, China has also greatly supported Cambodia.

This heavy dependency on China has led to a series of diplomatic problems for Cambodia. From the deportation of Uyghur asylum seekers to blocking the issuing of anjoint communique on the assertion of China in the South China Sea, Cambodia has constantly been under the spotlight due to actions that continue to compromise its standing in the regional and global level. In fact, in 2020, former Singaporean diplomat Bilahari Kausikan highlighted how Southeast Asian countries may need to considerrecoking Cambodia’s ASEAN membership due to its vulnerability to external pressure. Recently, theUS announceda new set of restrictions on Cambodia, including an arms embargo, due to its notorious human rights abuses and China’s growing military influence.

Despite its inevitable and increasing reliance on China, Cambodia must attempt to revitalise and diversify its relationship with other key and major partners in the Indo-Pacific that seek to ensure the maintenance of a rules-based and transparent regional order as a foundation for international relations. Among these partners, India significantly stands out due to its historic relationship with Cambodia based on principles of mutual benefit and non-interference. As Cambodia assumed its role as ASEAN Chair for 2022, it will be a pragmatic option for both countries to step-up their relations. On January 10, Indian External Affairs Minister S Jaishankar spoke with Cambodian Foreign Minister Prak Sokhonn to emphasize India’s steadfast commitment to boost its partnership with ASEAN. Moreover, both officials discussed a wide array of regional security issues that directly impact Southeast Asian countries.

India is amongCambodia’s top 1 foreign investors and offers a massive market of 1.3 billion people for a much needed diversification of Phnom Penh’s  exports. Being recognised as one of Asia’s most stable post-colonial countries and the world’s largest democracy, India can serve as a practical model for Cambodia in its quest to maximize peace within its borders. Furthermore, as India’s capabilities are growing exponentially in terms of economic capacity, military strength, andsoft power, its role in Southeast Asia and the greater Indo-Pacific in general will also be expected to increase.

Given the intensifying power competition between the US and China, it will be imperative for Cambodia to bring in India into its overall strategic calculus to balance and safeguard its interests. This will also benefit India’s Southeast Asia strategy as it seeks to present itself as an important security provider, capacity builder, and strategic partner in the region. Moreover, forging robust relations with India will not only improve the China-dependent narrative often attributed to Cambodia, but will also provide the latter with an opportunity to balance and diversify its external relations without directly getting embroiled in the existing US-China competition. India’s adherence to strategic autonomy will provide Cambodia with a less controversial position vis-à-vis its relations with China and serve as a complement to the overarching India-ASEAN partnership. It is therefore crucial for Cambodia to maximize its engagements with India given the geopolitical and economic uncertainty brought by the intensifying power competition and the crippling effects of the Covid pandemic.

However, India must also maintain a proactive level of consistency in applying its Act East Policy. The lack of momentum in the past has allowed countries like China to monopolize influence over key Southeast Asian countries. It will be necessary for India to project itself as a responsible stakeholder in the stability of the region and a trustworthy partner that seeks to achieve mutual gains.

(The writer is a resident fellow at the Manila-based International Development and Security Cooperation (IDSC). The views expressed are personal.)