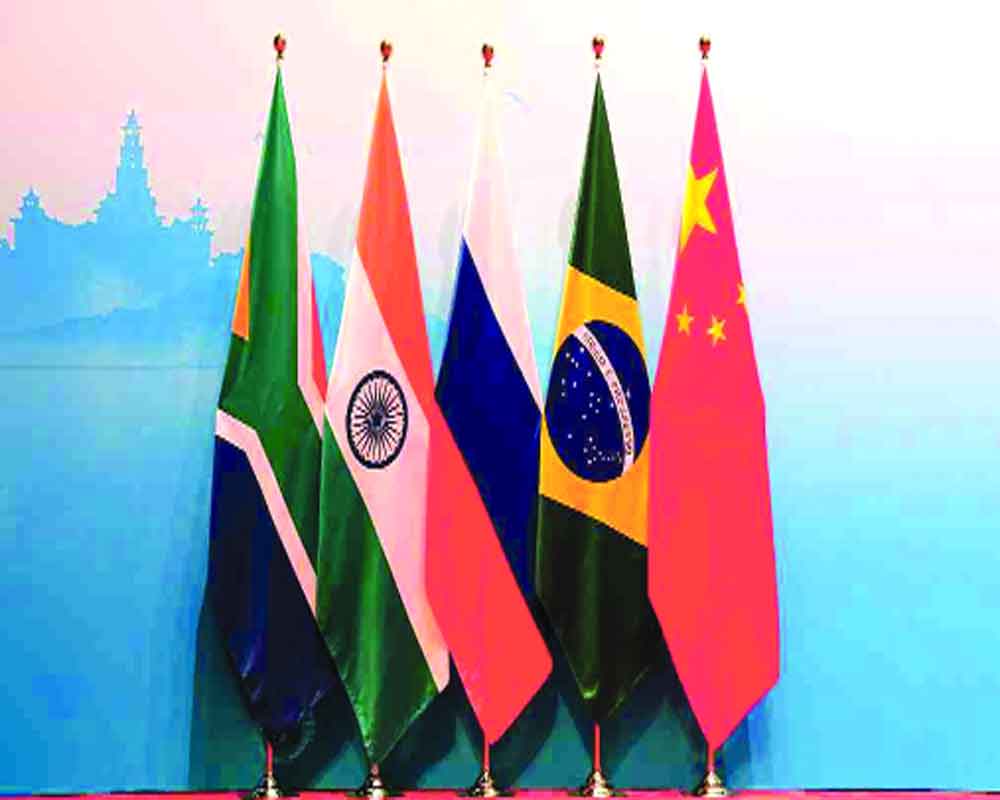 Chinese President Xi Jinping’s concern over “expanding” military ties is not the worry of a statesman who is committed to global peace and rules-based international order; it is the fear of a tyrant who is the lord and master of the world’s most powerful and dangerous rogue State. Addressing the virtual annual BRICS Business Forum from Beijing, he denounced the US’ alliance-building in Asia (read Quad) and the West’s sweeping sanctions against Russia. “In the past century, humanity has gone through the scourge of two World Wars and the dark shadow of the Cold War. The tragedies of the past tell us that hegemony, group politics and bloc confrontation bring no peace or security; they only lead to wars and conflicts,” Xi said at the event in which there were representatives and business groups from Brazil, Russia, India, China, and South Africa. If there is one country that must learn from the tragedies of the past, it is China; it is also the country that needs to realise that hegemony, group politics and bloc confrontation bring no peace or security. Not just realise but also act on this realisation and stop propping up other rogue States like Pakistan and North Korea. But this will not happen because what Xi wants is hegemony not peace, confrontation not dialogue. Similarly, he uses the Ukraine crisis, which he calls a “wake-up call for all in the world”, to rant against the expansion of “military alliances”.

The BRICS meet not only allows the Chinese President to spread his lies but also gives an opportunity to Russian President Vladimir Putin to partially regain some respectability that he lost after he launched an unprovoked attack on Ukraine. In his video address, Putin said that his country was “redirecting” its trade flows to BRICS nations and other “reliable international partners”. Unsurprisingly, he slammed the debilitating sanctions that the western nations had imposed on Russia, calling them “politically motivated” and “contrary to common sense and basic economic logic”. The entire exercise of BRICS meet was galling from the Indian perspective, for Prime Minister Narendra Modi attended it. The head of the Government of the world’s largest democracy sharing platform (though virtual) with the two most dangerous dictators was not something many Indians would cherish. In fact, the mere presence of the Indian Prime Minister lends a great deal of legitimacy and even respectability to the two tyrants; just like guilt by association, there is also legitimacy by association. Consider the contrast between India on the one hand and China and Russia on the other. In recent times, India has extended everything it could — PPE kits and vaccines to dozens of countries, aid to crisis-hit Sri Lanka. On the other hand, China exported the deadly virus that killed millions of people and Russia attacked a neighbour for no reason. Frankly, India should get out of BRICS which anyway lacks the raison d’etre. Just like the Non-Aligned Movement.