What's Wrong with the Philippines?

What's Wrong with the Philippines? 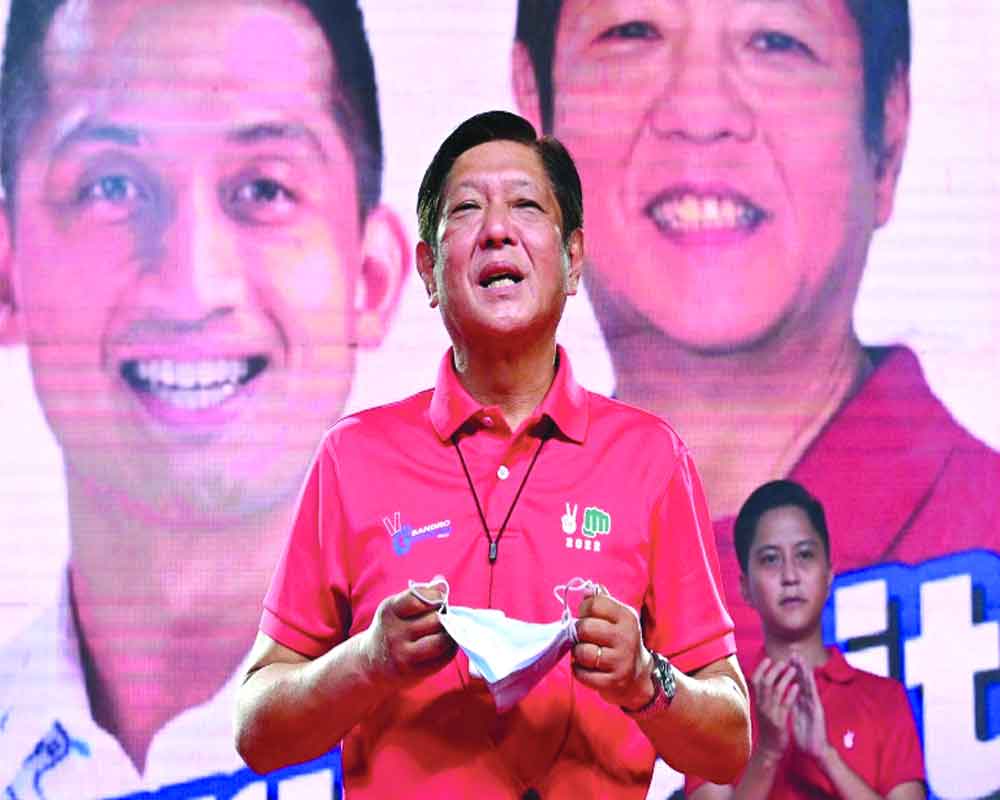 Bongbong' Marcos didn't just win the presidential election in the Philippines this week. He won it by a two-to-one landslide, despite the fact that he is the extremely entitled son of a former president who stole at least ten billion dollars and a mother who spent the loot partly on the world's most extensive collection of designer shoes (3,000 pairs).

Moreover, Ferdinand Marcos Jr, to give him his real name, has virtually no accomplishments other than that name. Yet his name and his inherited wealth, originally stolen from the parents of the people who voted for him, have enabled him to hold various political offices almost continuously (apart from five years in exile) since he was 23.

Equally deplorable is the electoral triumph of his vice-presidential ally, Sara Duterte, daughter of the mass murderer Rodrigo Duterte. The latter is leaving the presidency at the end of his six-year term, still wildly popular despite the many thousands of extra-judicial killings of alleged 'drug fiends' that he has ordered.

Indeed, those killings are precisely why Rodrigo Duterte is so popular, and his daughter basks in the reflected glory of his violence. A lot of Filipinos adore politicians and other prominent people who are loud, rude and macho - but it's more complicated than that. Sometimes they elect murderers and thieves; sometimes they elect apprentice saints.

The senior Ferdinand Marcos was legitimately elected president in 1965 but declared martial law when he was nearing the end of his second term in 1972. Martial law lasted for another fourteen years, with Marcos's henchmen dividing their time between stealing public funds and torturing or killing perceived opponents.

After that first President Marcos ran the country's economy into the ground, he was ousted in 1986 in the first of the 'people power' non-violent revolutions. The saintly Cory Aquino, whose husband had been assassinated on Marcos's orders, was elected to the presidency, while everybody applauded the Philippines' restored democracy.

But in 1998 the Filipinos elected Joseph 'Erap' Estrada, a former movie star famed for playing the villain, in another landslide.             After the fall of Estrada there were two modestly competent and non-criminal presidents - and then, in 2016, Rodrigo Duterte. Another landslide, of course, and if Duterte stole a lot in the past six years it has not yet been exposed, but he killed even more people than Marcos Senior.

The Philippines is a leading contender for the title of 'world's most populist country', which is hard to explain because its lost twin behaves in a quite different way. Just to the west of the Philippines is Indonesia, another country of many islands whose people are ethnically and linguistically very close to the Filipinos.

Per capita income is about 30% higher in Indonesia, mainly because of oil, but the economies are basically quite similar. Both countries lived for decades under murderous dictators, and both finally overthrew them in non-violent revolutions, the Philippines in 1986, Indonesia in 1998.

However, since Indonesia became a democracy it has elected only presidents who were neither killers nor thieves, while the Filipinos hurl themselves enthusiastically at any plausible fraud who gains a bit of notoriety. Why?

Two hypotheses, both weak, come to mind. First, the Philippines has an unusually powerful elite of big, rich families with strong regional bases. This week's vote, for example, was shaped by a recent alliance between the Marcos family (northern and central Philippines) and the Duterte family (southern Philippines).

The other hypothesis? Ninety-nine percent of adult Filipinos are online, and Filipinos aged 16 to 64 spend on average nearly four hours a day connected to social networks.

(Gwynne Dyer's new book is 'The Shortest History of War'. The views expressed are personal.)