Why Buddhadeb said no to Padma Bhushan

Why Buddhadeb said no to Padma Bhushan 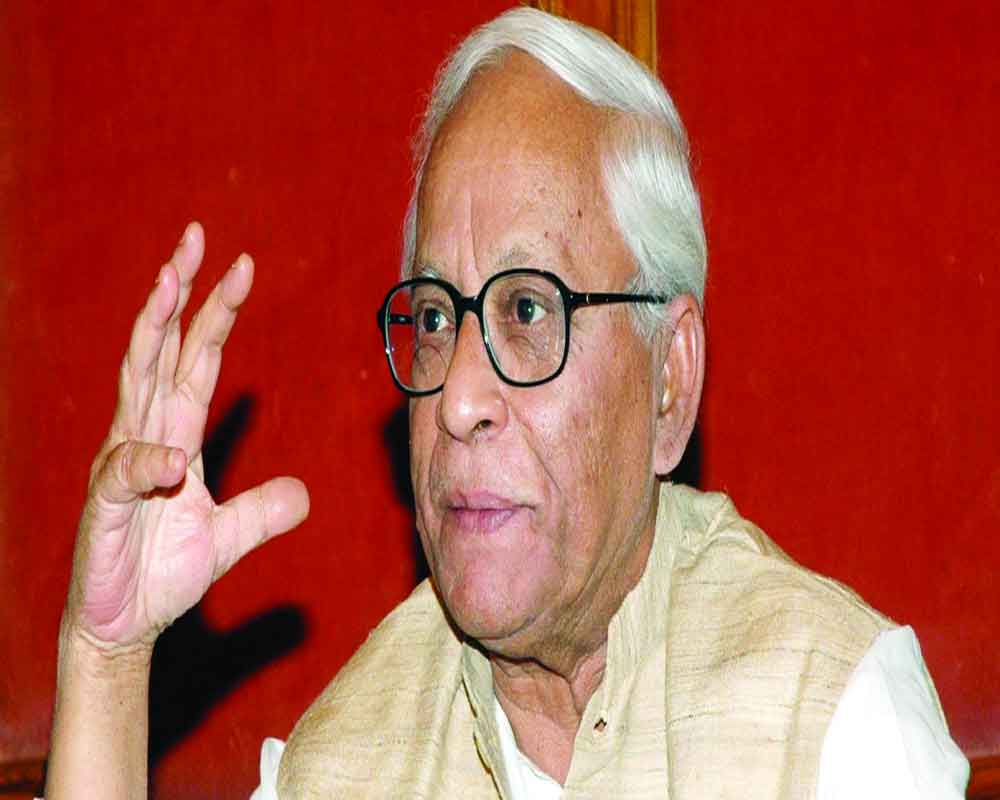 It could have been an opportunity to re-enter the mainstream of politics; in India, there is increasing space for politicians of quality

It is a pity that Buddhadeb Bhattacharjee, West Bengal’s former Chief Minister, has refused to accept the Padma Bhushan he was offered this Republic Day by the President of India. The offer was not from the Bharatiya Janata Party Government or the Prime Minister. Even his refusal was confused; no one informed him or any member of his family, said Buddhababu, as if that was the reason for declining the honour. The late Jyoti Basu had declined the opportunity of becoming a coalition Prime Minister when Deve Gowda had to resign as the PM. Later, he described it as “a historical blunder”. The immediate reason given then was his party, the CPM, did not permit him to accept the post. While one might not question the genuineness of these persons in not accepting the honour/executive post, their refusals certainly do say something.

With the demise of Marxism as an ideology the world over, these could be the little opportunities to re-enter the mainstream of politics, at the Centre or in States. Why not seize them like floral bouquets? Is there something inherently different about communists? It is true that in Eastern Europe, some of them have managed to creep into the mainstream. However, in Europe, politics has swung towards the Right, especially because of a wave of migrants from Africa and Arabia, more so from Syria. In India, the Left is vacant without any prejudicial obstruction as in Europe. In fact, in our country there has been increasing space for politicians of quality; the Congress continues its decline, which increasingly looks terminal, while no replacement for it as a national Opposition has come up. The communists cannot, it appears, see this widening gap.

Is this because the communists are essentially trade union leaders and not politicians? When their trade unions weaken, they sink with their cadres. In the free world, Margaret Thatcher blew the whistle and best the Left could do in response to her uncompromising right-wing way of rule was to bring forth Tony Blair, but with the novel label of New Labour, which shunned Leftism during its 10 years in power. The Soviet Union collapsed and scattered into 16 Republics with the advent of the 1990s. The French and Italian communist parties went virtually out of existence just a little earlier.

Nor did Leftism revive in the rest of Europe after 1991. China learnt its lesson from the Soviet Union and converted itself into a pseudo-capitalist system. The Beijing experiment is a novel one with the Communist Party of China owning the armed forces and controlling, with shares, many or most of China’s mega enterprises. This was done perhaps with the objective of thwarting any revolt against the regime. Citizens there aren’t allowed to set up a political party to compete for votes. But isn’t this a new version of fascism?

Can it last? If so, for how long? After all, the CPC members are not blood relations, and they cannot remain beholden forever. Nevertheless, the Chinese experiment is unique and has been studied by experts, although one must add that it is a work in progress.

Until the 18th century, religion, particularly Christianity, provided the governing ideologies through monarchs. The French Revolution shook up this ideological duality and gave birth to a kind of pseudo-nationalism. To prevent nationalism being used or misused by capitalists, the communists supported by the industrial classes became the antidote to the Soviet Union in the lead. The spectre of communism spreading throughout the continent and engulfing European civilisation was very real, and it was in order to prevent such an eventuality that fascism was born. It first came into being in Italy under Benito Mussolini and was soon adopted by Adolf Hitler in Germany with all its consequences, particularly WWII. Today, both communism and fascism have virtually expired. Some former communists believe that they lost because of their lack of democratic functioning within the party. There can be no denying that parties that spawned and brought this ideology to power acquired dictatorial authority over their respective countries. The result was that the fascist leadership did not obtain any regular feedback nor authentic information about how people felt, or where their country was headed. Third, people in the world outside also did not come to know as to what was happening in a particular communist country.

Regimes did not change often; it was only when a revolutionary cataclysm took place that everyone, inside and outside the country, became aware of what had been wrong. By the time they did become aware, they found that it was too late; they were swept away by the tide of change. It needs no reiteration that communism as an ideology has no future anywhere in the world. Places like China and North Korea have to use the State’s brute muscle to remain in power. For any political future in free countries, former communists have to jettison their hidebound mindset and embrace a democratic way of functioning, beginning with their own parties.

But given the inherent contradiction between democracy and communism, this does not look like materialising.