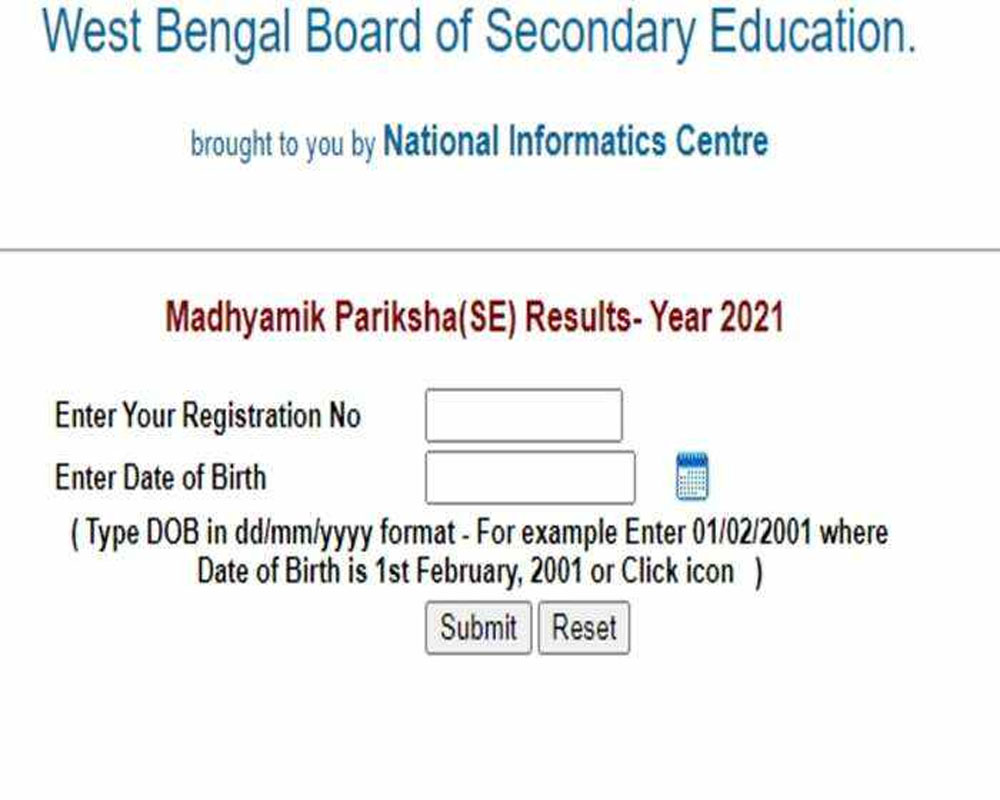 The West Bengal Board of Secondary Examinations (WBBSE) on Friday announced the results of the class 10 board examinations, in which 86.60 per cent of the 10.98 lakh candidates were declared successful.

"Like previous years, the districts fared better than Kolkata with the highest 97.63 per cent candidates having passed in Purba Medinipur district," Ganguly said.

More girls have passed the exams than boys, he said, without sharing the details immediately.

The exams were held from March 7 to March 16 in offline mode. Last year, the exams could not be held due to the pandemic, and an evaluation criteria was devised by the board.

Next year, Madhyamik Pariksha will be held from February 23 to March 4, Ganguly said.

"Congratulations to our successful students and rank-holders of Madhyamik examination! Boys and girls of our districts have shown outstanding performance, while city students too make us proud," Chief Minister Mamata Banerjee tweeted.

"Kudos to the guardians, teachers, schools.  Results have been announced by the Board quickly, 2023 exam schedules are also declared. Those who have fared below expectations must resolve to fight better in future," she added.