The call that brought Chess Olympiad to India

The call that brought Chess Olympiad to India 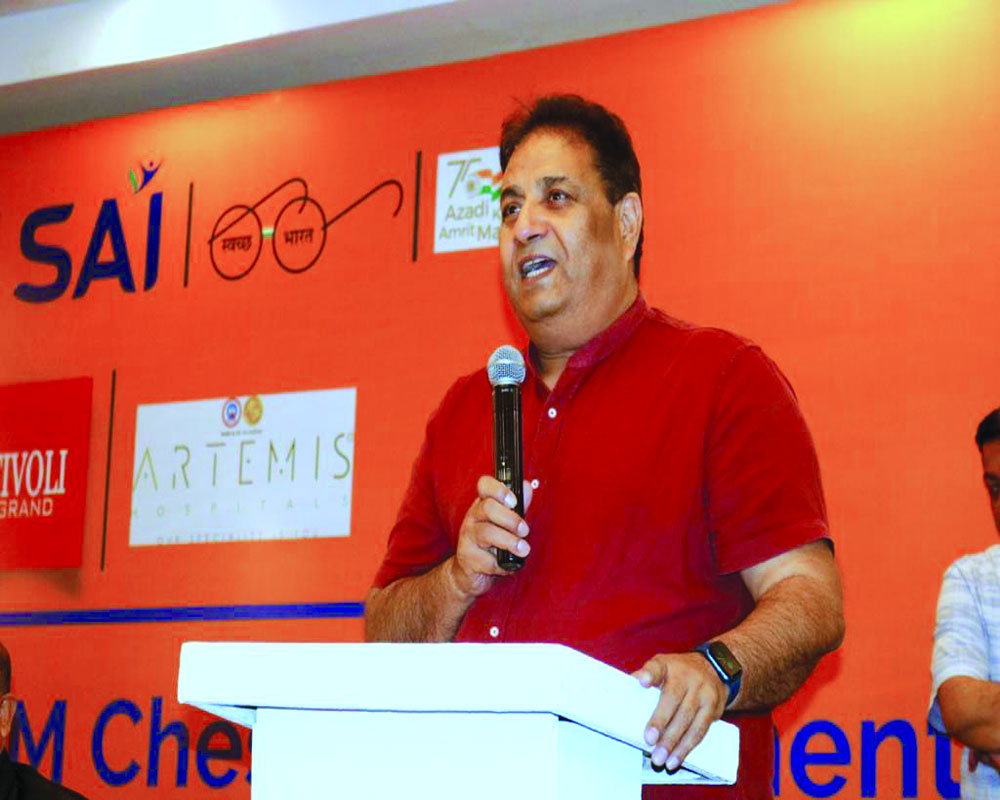 It was an exploratory but well-timed phone call that brought to India the World Chess Olympiad, the biennial chess extravaganza that the sub-continent had not hosted before. Chennai will host the event in July-August.

This was in mid-March when Bharat Singh Chauhan, All India Chess Federation (AICF) secretary, sensing a door half-open, knocked with a message to the World Chess Federation chief (FIDE) Arkady Dvorkovich:  India is open to organising any chess event.

The one-word reply, more in the form of a question from Dvorkovich, “Olympiad?” left the AICF secretary shell-shocked with excitement.  He asked for a mere   24 hours to confirm an event that would require more than Rs 100 cr, thousands of hotel rooms, and a mass of trained organisers and volunteers.

The rest is history. The biggest sporting event of the chess world and the one ever held in India will now be organised in Chennai. The event will see the highest participation ever in terms of countries in any event in India as more than 150 countries are expected to take part in this chess extravaganza.

Incidentally, Russia was scheduled to host the Chess Olympiad but after the Ukraine invasion, reports emerged that FIDE president  Dvorkovich was looking for a fresh host for the Olympiad.

Working overtime, using all his experience as an organiser of one of the biggest international events in Delhi, Chauhan did some preliminary enquiries and immediately conveyed to the FIDE president that India was ready to bid in principle. Delhi, Gujarat, and Chennai were then short-listed as the possible venues. The next week was a hectic one and  Chauhan set up a crucial meeting with Tamil Nadu Chief Minister  MK Stalin, who instantly approved, assured, and endorsed his Government’s support for the event. Chennai had earlier hosted the World Chess Championship in 2013 between Viswanathan Anand and Magnus Carlsen.

Once the requisite $10 million guarantee was assured, it was a whirlwind tour of all the five-star and four-star hotels with Government officials. “It was the whole-hearted support extended by CM Thiru Stalin that clinched the Olympiad for Chennai,” said a jubilant Chauhan.

As many as 1,200 rooms for the participants were booked in one day and the Convention Centre of Four Points Sheraton was chosen  as the venue. “We were able to answer all queries from FIDE satisfactorily, got the $10 million guarantee, and had all the plans in place in less than a week. Our bid was better than most of the other bidders. The endorsement of our bid by five-time World Champion Viswanathan Anand gave us a huge boost,” said Chauhan.

The AICF’S willingness to leave no stone unturned went in India’s favour, according to FIDE’s  Director-General GM Emil Sutovsky. As for Chauhan, the glint in his eyes is obvious as he says, “Cannot complain about anything in life now”.

The half-opened door has been opened wide!