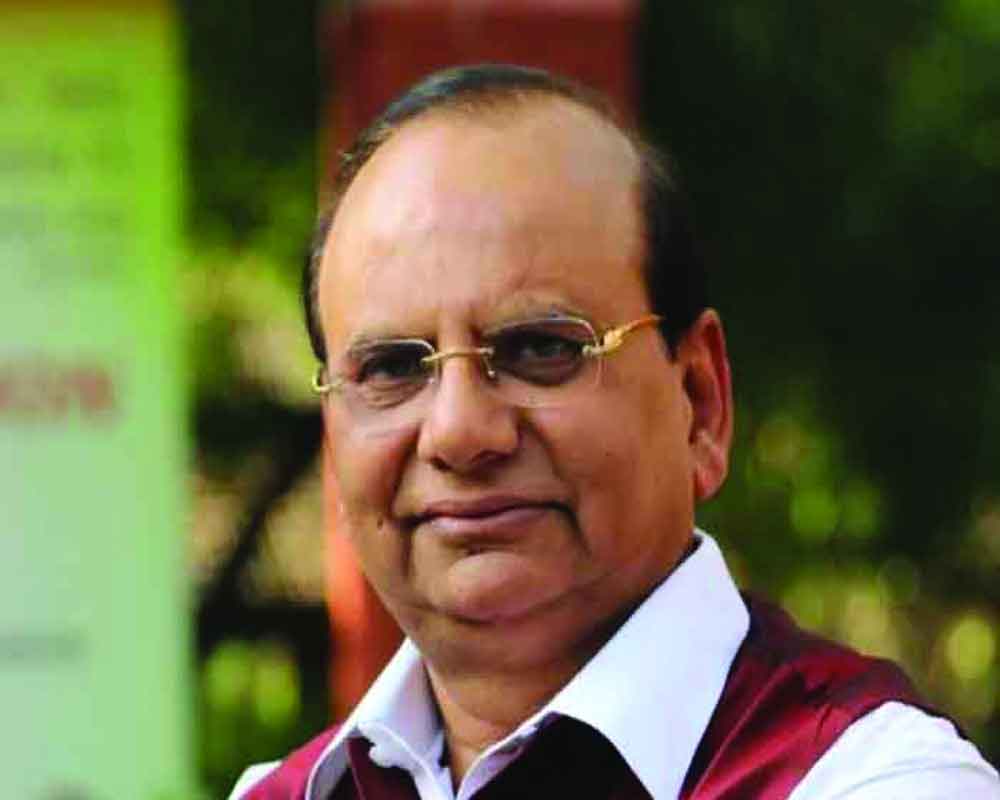 Lieutenant Governor V K Saxena on Thursday urged the Delhi High Court to restrain the Aam Aadmi Party (AAP) and several of its leaders from levelling "false" allegations against him and his family after they claimed that he was involved in a Rs 1,400 crore scam during his tenure as the Khadi and Village Industries Commission (KVIC) chairman.

Justice Amit Bansal, who heard the matter for two hours, reserved the order on the issue of granting interim relief to Saxena.

To this, the counsel for AAP said “even constitutional authorities have some history.”

Saxena has sought to injunct AAP, its leaders Atishi Singh, Saurabh Bharadwaj, Durgesh Pathak, Sanjay Singh, and Jasmine Shah, who was appointed by the Government of NCT of Delhi as Vice Chairperson of the Dialogue and Development Commission, to delete or take down the alleged false and libelous posts or tweets or videos circulated and issued on social media.

He has also sought damages and compensation of Rs 2.5 crore along with interest from the political party and its five leaders.

Saxena's counsel urged the high court to direct Twitter and YouTube (Google Inc) to take down or remove the tweets, re-tweets, posts, videos, captions, taglines along with pictures of the plaintiff (Saxena) and his family members on their respective platforms.

The counsel for the AAP and its leaders argued that one of the statements was that during Saxena's tenure as KVIC Chairman, his daughter was given a contract of Khadi which was against the rules.

The counsel said it was a statement of fact and no one has denied it.

Saxena's counsel said it is a matter of fact that his daughter had assisted in designing the Khadi lounge on a pro bono basis and not a single penny was taken by her for her services.

The judge observed that "when no money was taken then how it amounts to corruption."

Saxena submitted in his defamation suit that AAP and its leaders have built their entire vilification campaign on the purported allegations and statements of two accused persons of KVIC who have been charge-sheeted concerning the exchange of demonetised currency notes case.

It said as per the CBI FIR, the amount in question was just Rs 17 lakh but the defendants created a fanciful sum of Rs 1,400 crore based on some obtuse mathematical calculations.

Senior advocates Mahesh Jethmalani and Maninder Singh, representing Saxena, argued that the allegations levelled by AAP and its leaders against the Lieutenant Governor, who holds a constitutional position, are patently false and defamatory.

The counsel said the LG had taken some action against the political party after which they made such allegations in retaliation.

Saxena's counsel contended that there was nothing to substantiate the allegations and even the documents were forged and fabricated and the content was based on hearsay.

“So what these people have done is that they used forged documents to say that the demonetised currency belonged to me. They have made the allegations in press conferences and made hashtags day in and day out. This is a case of 'ulta chor kotwal ko dante',” Jethmalani argued, adding that all the statements continue to remain in the public domain.

Saxena's counsel urged the court to pass an interim order directing AAP and its leaders not to further publish derogatory statements against him and to remove the ones already published.

Regarding the allegations of giving undue favour to Saxena's daughter in designing of Khadi lounge, the counsel said it is a matter of fact that his daughter had assisted in designing it on a pro bono basis and not a single penny was taken by her for her services.

On the other hand, senior advocate Rajiv Nayar and Sandeep Sethi, representing AAP and its leaders, contended that the court should not pass an interim injunction at this stage and it will be decided at the stage of trial whether there is any truth in the allegations made or not.

Regarding certain allegations and tweets, Nayar said he would put it to the party to take them down but not all.

“They can say that this is hearsay, but the fact is two people have gone on record to say that this happened," Sethi said, adding that the principles laid down by the courts are that public functionaries must be open to criticism and have to be thick-skinned.

He further claimed that Saxena admits to awarding the contract of Khadi lounge to his daughter which was prohibited under the rules and this amounts to corruption.

When the judge asked how it amounts to corruption when no money was taken, Sethi said anything done in violation of rules is corruption.

Saxena, through advocate Bani Dikshit, had earlier sent a legal notice to AAP and its leaders asking them to issue a press release “directing all members of the party and all persons associated with it, whether directly or indirectly, to cease and desist from spreading and circulating false, defamatory, malicious and unsubstantiated statements”.

The legal notice had also asked the AAP leaders to comply with the requisitions within 48 hours of its receipt.