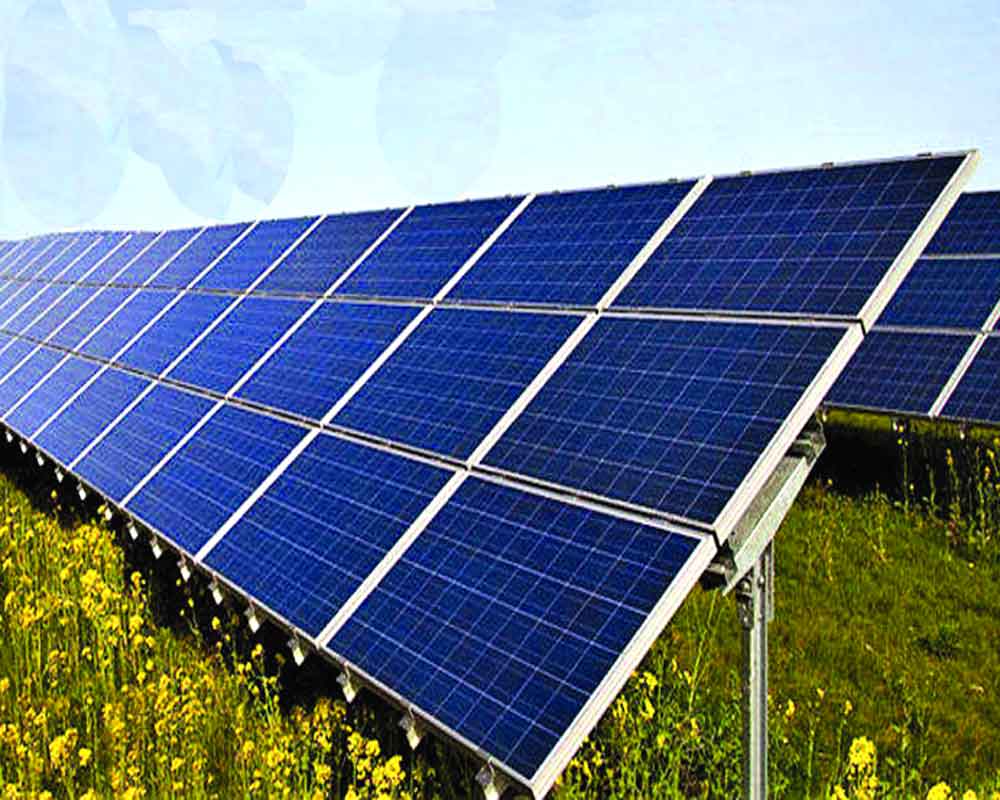 The Intergovernmental Panel on Climate Change (IPCC) in its newest report, brings out the current advances in climate change. The influence of human activities on the planet has further warmed the land, ocean and atmosphere. It further says that CO2 levels in the atmosphere are at their highest in two million years, sea-level rise is at its fastest in 3,000 years, and Arctic Sea ice is at its lowest in at least 1,000 years. The initiatives undertaken to reduce greenhouse gases (GHGs) emissions are quite ambitious and will help in limiting global warming to 1.5°C or even 2°C above the pre-industrial levels. The recently concluded (Conference of the Parties) COP 26 aims to reduce the GHG emission by 50 per cent by 2030 and reach ‘net-zero’ by 2070. India also started to increase the renewable energy capacity to 500 gigawatts (GW), which will account for half of the total energy consumption, by 2030.

The core objective of renewable energy is to promote economic growth, enhance energy security, increase energy access and reduce climate change. Sustainable development is possible by the use of clean energy and by ensuring access to affordable and reliable energy. India has emerged as the world’s most attractive renewable energy markets due to strong government backing and an improving economic position. To achieve sustainable growth and avert catastrophic climate change, the government is making a rapid shift to renewable energy technology. Customers are shifting to solar, wind, biomass, waste and hydropower energies. It is increasingly evident that clean energy is also affordable. India had set a target of installing 175 GW of renewable energy by 2020. The target is distributed into 100 GW from solar, 60 GW from wind, 10 GW from bio-power and 5 GW from small hydropower. Investors have planned to create a total capacity of more than 270 GW viz., 191 GW by private corporations GW, 58 GW by foreign companies, 18 GW by private sectors contributed 18 GW, and Indian Railways contributed 5 GW. As per the recent predictions, solar and wind potential will be more than 750 GW and 410 GW by 2047.

Growth in the electric vehicle market

For the first time in 2019, cumulative yearly sales of battery electric cars and plug-in hybrid electric vehicles surpassed the two million mark globally. The electric vehicle sector has progressed significantly, with automakers investing billions in everything from R&D to plant redesign to offer new electrified vehicles. Traditional original equipment manufacturers (OEMs), new-entrant OEMs, captive financing institutions, and dealerships will all face substantial possibilities and problems as EVs expand in popularity in the years leading up to 2030. EVs have two distinct traits that make them ideal for future vehicle technology. They can be charged with electricity from low- or non-CO2-emitting sources, allowing for further decarbonisation as compared with vehicles that run on biofuels. Second, electric engines are far more efficient than internal combustion engines (ICEs) or other suggested technologies like compressed-air vehicles.

Another area where advancements are anticipated is energy storage. Batteries hold the key to weaning ourselves off of fossil fuels and will play a critical role in the future. Due to considerable R&D and production increase in lithium-ion batteries, over the last decade, costs have dropped by 80 to 85 per cent.

Beyond the climate imperative and the drive from the Indian government, there is another reason driving green energy’s growing appeal. While most policymakers recognised the significance of transitioning to non-fossil-based power generation a decade ago but large-scale solar or wind energy projects were economically unviable without subsidies.

Massive global investments in renewables technology, such as improving PV module efficiency in solar; lowering the balance of plant costs; and improving wind turbine technology have resulted in a significant reduction in the cost. While the cost of wind energy has decreased by 30-40 per cent, the cost of Concentrating Solar Power (CSP) has decreased by 47 per cent. The greatest significant reduction has been in the cost of solar photovoltaic (SPV) electricity by 82 per cent. According to the International Renewable Energy Agency (IRENA), new renewable power production projects are currently less expensive than maintaining many existing coal facilities.

Initiatives by the Government

In its bid to promote the use of non-conventional sources of energy, MNRE has set a target of achieving 500 GW of installed renewable energy capacity by 2030. The government is making efforts to boost the country’s renewable energy industry, including pushing private sector developers to use advanced technologies in renewable energy projects. The majority of renewable energy projects in the country are by private sector developers selected through a bidding procedure. The government has released standard bidding criteria to help distribution licensees get power at competitive prices in a cost-effective way. It also is assisting developers by authorising up to 100 per cent Foreign Direct Investment (FDI). Moreover, to meet the 175 GW target,

With a growing economy, the demand for energy from the commercial and industrial sectors is going to increase. Setting up new power plants is inevitably dependent on the import of highly volatile fossil fuels. Thus, it is essential to cater to the energy demand through judicious utilisation of abundant renewable energy resources, such as biomass, solar, hydropower and wind energy. Apart from debating on the energy supply, renewable resources will help India in mitigating climate change. Renewable energy can create many employment opportunities. It is possible to attract foreign investments to herald a Green Energy Revolution in India.

(The author is the director & CFO of Oorjan Cleantech, a solar energy company.)