Living with the past

Living with the past 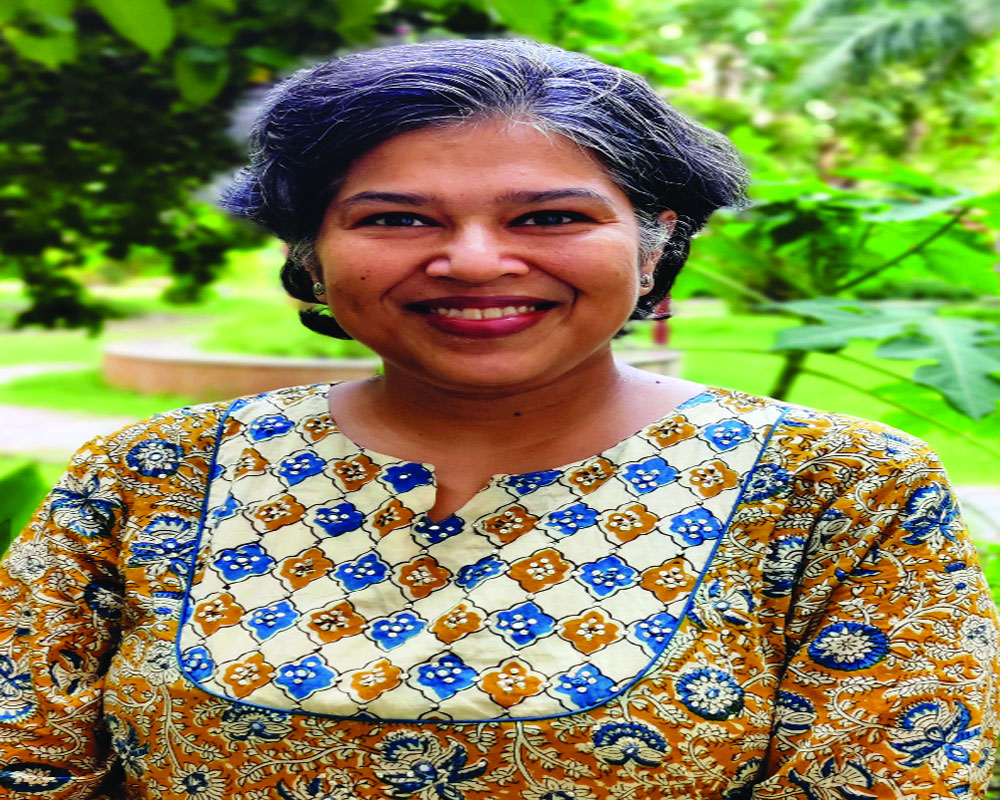 Madhulika Liddle tells Khushbu Kirti that Delhi, in her new novel, The Garden of Heaven, is a beautiful and diverse garden with its share of thorns, snakes in the grass, and the occasional poisonous plant

The first Indian to win the Commonwealth Broadcasting Association’s Short Story Competition in 2003, Madhulika Liddle is known for her deeply researched and engaging works. Afterall, the 17th century Mughal detective Muzaffar Jang is, indeed, her brainchild.

Being born in Delhi, Liddle has embarked on a new journey to enravel the secrets from the pages of history of the city of love.

Her freshly published work by the Speaking Tiger Books, The Garden of Heaven, is the first one in the saga of The Delhi Quartet. Beginning shortly before the invasion of Mohammad Ghuri, and extending till just after Partition; the saga will span 800 years of Delhi’s history. And you guessed it, the first 200 years of that stretch are being covered in The Garden of Heaven.

In a rather interesting conversation, Liddle talks about her works, and shares her thoughts on history, the city and the city’s history. Read on for excerpts from an exclusive interview:

Congratulations on your recent release, The Garden of Heaven. Please give us an overview of the same.

What inspired you to begin this saga?

Thank you! The Garden of Heaven is a historical novel, the first in a four-book series called The Delhi Quartet. The entire saga will span 800 years of Delhi’s history, as seen through the lives of a group of interconnected families. The first novel covers the period from 1188 CE, just before Mohammad Ghuri defeated Prithviraj Chauhan and established the Delhi Sultanate; to 1398 CE, when Taimur sacked Delhi.

A somewhat similar, but much more ambitious book, Edward Rutherfurd’s Sarum, inspired me to write this series. Sarum is about ordinary people living their lives against the backdrop of several thousand years of history (from the Ice Age to 1984) in and around England’s Salisbury, which was earlier known as Sarum.

What is the significance of the title — ‘The Garden of Heaven’?

The Garden of Heaven is the name the stone carver, Madhav, gives to the exquisite stone frieze he carves in his later years, a frieze depicting a garden. I also meant the ‘garden of heaven’ to be a metaphor for Delhi itself, a beautiful and diverse garden, but (like any real garden), with its share of thorns, of snakes in the grass, and the occasional poisonous plant…

A lot of people’s lives are intertwined, their stories running in parallel lines in the book. Thus, making it deeply layered.

What is the objective behind the same?

I wanted to write a historical novel which focussed not on the important people, the larger-than-life historical figures of that era, but the everyday people: I wanted to explore how they might have felt, even as history was being made during their own lifetimes. I also wanted to show how people come together, how one family divides and separates, or how two disparate families come together: these are themes that interest me, and placing them in a historical setting helped me give it a new dimension: to explore how people cope with hardship, with circumstances outside their control.

Important people like Razia Sultan, Amir Khusro, Ibrahim Lodhi, Mohammad Ghori, Prithviraj Chauhan, and so on, exist and their personal endeavours are conveyed beautifully. How close to reality is the story? Can this qualify for a historical fiction?

Mostly, the episodes and incidents regarding the real personalities in this book are based on fact (or, as in the case of Hazrat Nizamuddin Auliya, on folklore). Razia’s tussles to gain and then retain her throne; Ghiyasuddin Tughlaq’s attempts to suppress Nizamuddin; Taimur’s invasion, and so on: these are all factual. It is mostly only in their interactions with the fictitious characters (Madhav, Jayshree, Girdhar, et al) that a fictitious episode in the lives of these historical characters is introduced.

So yes, I would call The Garden of Heaven historical fiction.

It is said that Dilli was destroyed and built seven times. Do you wish to encompass this journey in your books?

There is some debate on whether Delhi was destroyed and built seven times, or more — some historians believe there could be up to ten cities of Delhi, perhaps even up to fifteen. Enumerating all of these (or even just seven) in the course of four novels might lead to a too bulky set of books, so I am restricting myself to just telling the story in its broad outlines. At times, the destruction of the city (or rather, the falling away of one area and the coming to power of another) does become highlighted; at other times, the shift in power is rather less dramatic, and one city fades gently away, too gently for anything other than an oblique reference.

This is the first of the four of Delhi Quartet. What is your vision for the forthcoming books?

As in The Garden of Heaven, the other three books will also follow a similar pattern: ordinary people living in Delhi, their lives at times touched by the history being made in Delhi. Some important real-life historical personalities will appear now and then, but otherwise, the focus will be largely on the fictitious characters. Each book will cover, as did The Garden of Heaven, approximately 150-200 years of history.

Have you studied history since your novels are so well-researched. Would you be a historian, if not a writer?

I’ve always been interested in history, especially since my sister, Swapna Liddle, is a historian — her studying history inspired me too, to regard history with a lot more affection than most Indians seem to have for the subject.

If I hadn’t been a writer, I would probably have been one of the many professions I’ve followed in my career: hospitality manager, advertising executive, editor, instructional designer… for me, the interest in history came a little late in life, after I’d decided (as I thought) what career I was going to adopt. By then, it was too late to start studying history in earnest. So my interest in history remains (and will remain) a love, not a profession.

Historicity and meaning. What, in your opinion, is the antinomy between history and truth?

I think history and truth are not quite synonymous, simply because — like science — history too is a discipline which draws conclusions from available evidence, coming up with logical theories to interpret that evidence. For example, old chronicles, artefacts, archaeological evidence, and so on, can help historians build up a picture of what might have happened in the past. While artefacts and archaeological evidence may be more irrefutable proof, chronicles can be biased, thus, distorting the truth. And, as in the case of science, until further evidences come to light, one history, one accepted truth, may prevail. Newly-discovered evidence may however change that truth.

History, therefore, to me is perceived truth; believed truth. Some aspects of it might be factual, some may be reliably so, and others may be so till further evidence proves either way.

What do you think of the Education Ministry’s move of wiping out the Mughal dynasty from the history syllabus of prominent universities?

Are we depriving our future generation of historical truth?

I think that’s a very short-sighted, bigoted move. Wiping out mentions of the Mughal dynasty (or any other, for that matter) or trying, in other ways, to distort historical fact to suit one’s own agenda serves nothing other than to propagate a falsehood.

What will this lead to? A generation (many generations?) of Indians who are learning something nobody else in the world knows as history? A falsehood, too, which is completely unsupported by evidence of any sort? My take is that history cannot be changed; we have what we have. The past is done, and nothing we do now can change it. So what is wrong with living with that past? Good or bad, all of India’s history is our history. To try and sanitise it is juvenile.

I truly believe we need more female authors to write stories of women, since they were either wiped out from the pages of history or their truths misconstrued by male voices.

Care to weigh in?

I agree. Women have, for too long, been largely erased from the ‘commonly known histories’ — that’s how I would describe it, since there are historians I know who have done research into women in history, and have come up with fascinating instances of women going far beyond what anybody can imagine in a patriarchal society like ours. The great queens of Odisha, for instance, or the padishah begums during the time of the Mughals: women with far greater agency than is now remembered by the common populace.

How do you like to portray your female characters? For Shagufta seems to be one bold woman in the face of atrocity.

I like to portray my female characters as a blend: not all strong-willed, not all flawless; human. Some are more feisty than others, some are far more conforming and meek than most, but I like to have at least one female character who stands up for herself, and is emotionally mature and intelligent.