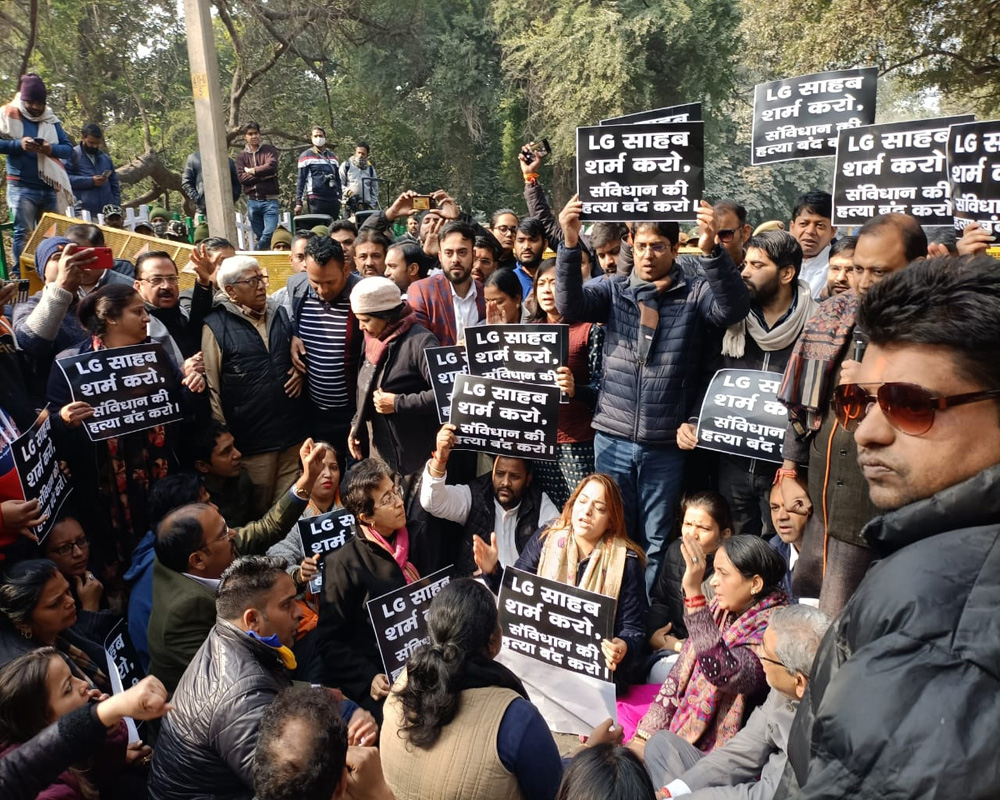 A day after chaos and clashes led to the adjournment of the MCD House on the first day of its proceedings, Aam Aadmi Party (AAP) councillors on Saturday protested outside Lt. Governor (L-G) V.K. Saxena's office over "illegal appointment" of the presiding officer.

The protest is being led by senior AAP leader Atishi.

The party has accused the L-G of an assault on the Constitution, while it is also against his decision to nominate 10 BJP members as aldermen.

The House was adjourned as violent clashes broke out between AAP and BJP councillors on Friday.

The chaos started after the AAP objected to oath taking of nominated councilors in the beginning.

After the presiding officer asked the aldermen to take oath, AAP councillors started creating ruckus claiming that this is not the custom to take the oath of Aldermen before the elected councillors.

Meanwhile, Chief Minister Arvind Kejriwal had also said that till date, for the last many decades, these 10 members were always nominated by the elected government of Delhi.

In a letter to the L-G on Friday, Kejriwal had said: "Tradition has been that the senior-most member of the House, irrespective of party affiliations, is nominated by the state govt for presiding officer. This time, one morning, Hon'ble L-G dictated the name of some BJP councillor and directed the Chief Secretary to issue notification. As always, the Chief Secretary obliged. Interestingly, the person nominated is not the senior-most member".