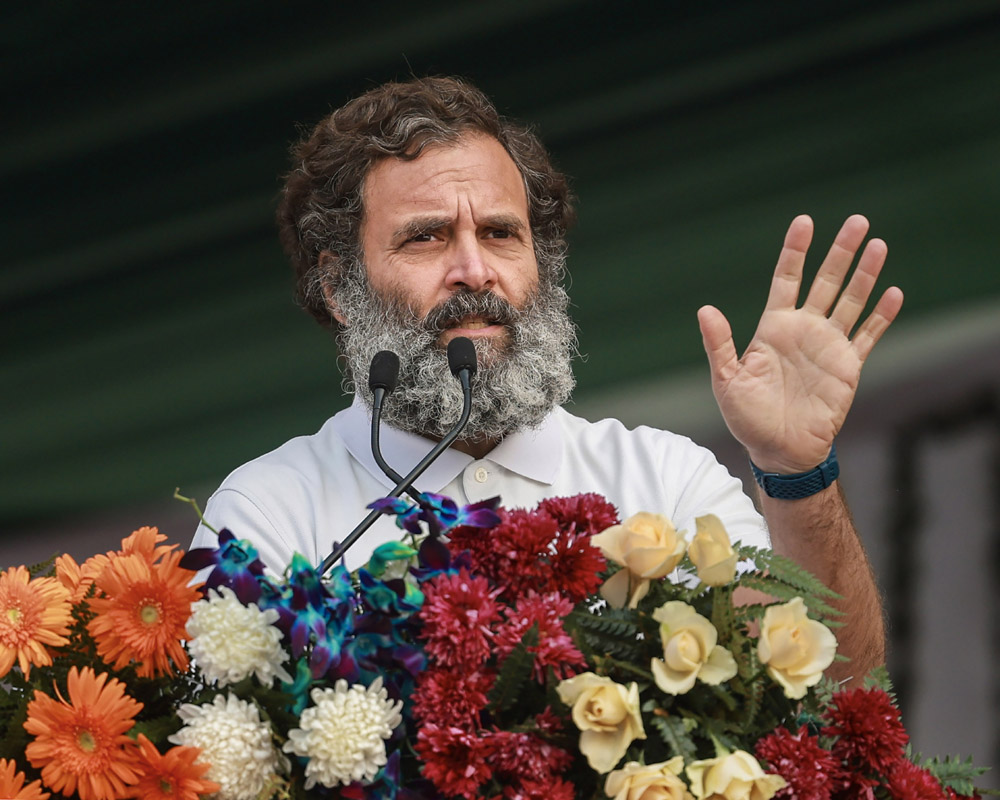 Congress leader Jairam Ramesh on Saturday said the Bharat Jodo Yatra has not been organised to project Rahul Gandhi as a prime ministerial candidate for the 2024 Lok Sabha polls, asserting that the foot march has nothing to do with elections.

Replying to a reporter's question here, the Congress general secretary in-charge communications said, "The Bharat Jodo Yatra has not been taken out to project Rahul Gandhi as a prime ministerial candidate. It is an ideological yatra and Gandhi is its main face. But it is not an individual's yatra."

He asserted that the Kanyakumari-to-Kashmir foot march, which is currently passing through Haryana, is not an "election yatra".

Ramesh said it is unfair to ask if the opposition party is projecting Gandhi as its prime ministerial face in the 2024 general election.

"No, No, No.... We are not, this is not an election yatra," he said in response to the reporter's question.

"There are 200 Bharat yatris. It is the Congress party's yatra. The party workers are involved. Obviously, the nation's attention is on Rahul Gandhi because he is the most visible, prominent and dynamic face of the yatra. But this is not meant for one individual, this is not meant to project him as a prime ministerial candidate," he said.

Flanked by former Haryana chief minister Bhupinder Singh Hooda, Ramesh said the yatra "is meant to ideologically combat the RSS and the BJP".

"Rahul Gandhi has raised three big issues during the Bharat Jodo Yatra -- economic inequality, social polarisation and political authoritarianism. He is raising these issues everyday during his walking interactions, his talking interactions, in his corner speeches, in his rallies.

"So I think it is unfair for you to ask this question -- 'are we projecting him as a prime ministerial face?' We are not. This is not an election yatra," he said.

Ramesh said the foot march is meant to strengthen the Congress's ideology, the party organisation and awaken the country's conscience to the "disaster" and the "damage" being caused by the personality of Prime Minister Narendra Modi, his mode of functioning, policies, politics of harassment and politics of vendetta.

"I do not think you should trivialise the Bharat Jodo Yatra. Do not reduce it to individuals or elections, the yatra is functioning at a much higher level," he said.

The foot march resumed from Karnal on Saturday morning, with scores of people joining Gandhi on his journey.

The yatra entered Karnal district on Friday from adjoining Panipat, where Gandhi addressed a public meeting.

The yatra re-entered Haryana from Uttar Pradesh on Thursday evening. After the night halt, it commenced from Panipat's Kurar on Friday.

The foot march covered more than 130 kilometres in the first phase in Haryana from December 21 to 23, passing through Nuh, Gurugram and Faridabad districts.

The yatra, which was launched from Kanyakumari in Tamil Nadu on September 7, will end with Gandhi hoisting the national flag in Jammu and Kashmir's Srinagar by January 30.