Decline and fall of historians

Decline and fall of historians 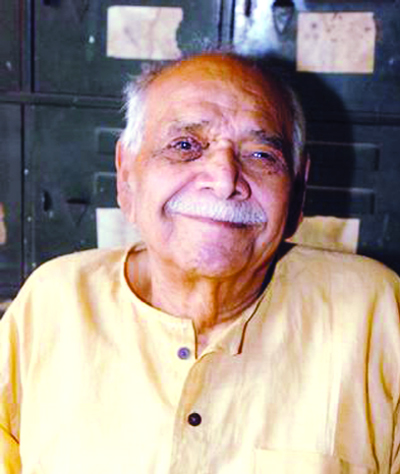 For almost 50 years following Independence, influential historians contributed nothing but falsehoods. Fortunately things have improved in the past two decades, as these historians are on their way into the dustbin of history, writes NS Rajaram

On October 10, 2010, Justice Sudhir Agarwal, one of the judges who delivered the verdict on the Ayodhya dispute, noted that several historians, instead of helping in arriving at the truth, indulged in fabrication creating confusion and conflict. This went beyond incompetence and amounted to falsification, resulting in preventable loss of innocent lives. In his statement, the judge observed that society treats academics with respect with the expectation that they will be the keepers of truth. Since the Ayodhya dispute related to history, it was the responsibility of historians to inform the public truthfully.

This, the historians involved had failed to do. Worse, they had spread the falsehood that there had never been a Ram temple at the site, and Babar’s general Mir Baki had not destroyed any temple in building a mosque at the site even though the mosque itself was widely known as Janmasthan Masjid! Whose Janmasthan thenIJ Babar’sIJ Under court examination, several of these ‘experts’ admitted that they had not studied the subject and what they said was guesswork. This included Shireen Ratnagar, who admitted under oath that she knew no archaeology though she was supposed to be a professor of archaeology at JNU, trained by Romila Thapar.

How could this happenIJ India at the time of Independence had leading historians like RC Majumdar, Jadunath Sircar, Neelakantha Shastri and others. To go with it, KM Munshi, founder of the Bharatiya Vidya Bhavan, had embarked on a major programme of historical research that gave us the monumental 11-volume History and Culture of the Indian People. Simultaneously, major discoveries were being made in archaeology at places like lothal, Kalibangan and others that were adding significantly to our knowledge of the past.

So conditions by 1960 could not have been better for an aspiring young generation to make a mark in history. But what happened was something totally different — in the hands of a clique of what Arun Shourie called ‘Eminent historians’ in his book of the same name; the Indian history establishment became all but a criminal enterprise engaged in wholesale falsification.

These are strong words, but they come from a scholar of great distinction, DK Chakrabarti, until recently professor of history and archaeology at the University of Cambridge. According to him, “Since the coming of this group to power, the world of Indian historical studies has been largely criminalised.” Those who doubt this are advised to read Arun Shourie’s eye-opening book Eminent Historians. As he describes it, these historians, notably Romila Thapar, RS Sharma and Irfan Habib, who have controlled important institutions like the Indian Council of Historical Research (ICHR) and the National Council of Educational Research Training (NCERT) are responsible for this degradation.

What is criminal about thisIJ In addition to lowering standards and degrading India’s past through falsehoods, these ‘eminent historians’ have engaged in embezzlement of government funds for projects that were never carried out. Even this pales before what Irfan Habib’s protégé Tasneem Ahmad did: He obtained a PhD and published a book where “the entire manuscript has been lifted word for word from the work of Parmatma Saran”. The foreword to this plagiarised book was written by the “very eminent” Irfan Habib, who according to Tasneem Ahmad “encouraged and guided me at every stage of the work.” The falsification at Ayodhya was just the tip of the iceberg.

For all its monopoly of the Indian history establishment, this influential group calling itself Marxists has made no contribution to history. The central theme of their work is that Hindus have contributed nothing to Indian civilisation: Everything from the Vedas and Sanskrit to science and mathematics is a foreign import. Vedas are the result of the Aryan invasion while mathematics, astronomy and everything else were taught by the Greeks who came with Alexander on his invasion (even though they were in India only for a few weeks).

Although it has been disproved by science, historians like Romila Thapar stubbornly hold on to the Aryan invasion theory, though the British themselves who sponsored it have given it up. A recent BBC report (October 6, 2005) acknowledged as much: “It (Aryan invasion theory) gave a historical precedent to justify the role and status of the British Raj, who could argue that they were transforming India for the better in the same way that the Aryans had done thousands of years earlier.” So British were the New Aryans!

The idea was to make Indians feel an elite inkling that the British rulers were not aliens but their own long lost brethren uplifting the now degraded Indian cousins. British Prime Minister Stanley Baldwin put it in these words in a speech in the House of Commons in 1929: “By establishing British rule in India, God said to the British, ‘I have brought you and the Indians together after a long separation... it is your duty to raise them to their own level as quickly as possible... brothers as you are.’”

In short, it was a ploy to make an Indian elite feel kinship towards their British rulers. It worked. In fact, that is how these historians identify themselves. But this has not made them excel at their craft. Almost everything they have produced, from the history of Vedic and Harappan civilisation to the freedom movement has been proved wrong. These eminences have also been shown to be profoundly ignorant of what they talk and write about. To take an example, Romila Thapar, projected as an expert on ancient India knows no Sanskrit; her (and her colleagues’) work on ancient India is based entirely on colonial era translations. Her technical sounding jargon like ‘linguistic evidence’, ‘Old Indo-Aryan’, etc, are just namedropping to give an appearance of scholarship.

It is the same with medieval history. Their goal is to paint Hindus as backward and whitewash the horrors inflicted by fanatical rulers like Aurangazeb who destroyed thousands of temples. Medieval Hindus had many faults but that can hardly be used to justify the atrocities of invaders like Mahmud of Ghazni or fanatics like Aurangazeb. We already saw this in the case of the Ayodhya dispute; it might have been amicably settled by the parties involved but for false assurances of ‘no prior temple at the site’ by RS Sharma, Shereen Ratnagar and the like. This is what Justice Sudhir Agarwal denounced.

This has had two major consequences: First, standards today are much lower than in pre-Independence days when India had stalwarts like Majumdar, Sardesai, Sircar and others of similar stature. Second, it has allowed unqualified outsiders, especially Western scholars of next to no accomplishment, to pose as experts on India and belittle it as Thapar and her colleagues have been doing. They have left a vacuum that is being filled by outsiders with their own anti-India agendas.

Two examples will suffice. Steve Farmer, an India-hater who, along with the discredited Harvard linguist Michael Witzel, runs a hate group called IER (Indo-Eurasian Research) spewing venom at Hindus and Hinduism. (This got Witzel in trouble at Harvard where his department has been closed down, but that is a different matter. Romila Thapar has worked with them.) Another example is Edwin Bryant, not vicious like Witzel and Farmer but a total ignoramus who wants to sit in judgement over scholars writing about India. He called Shourie’s book a ‘Hindutva response’ for criticising Thapar and fellow scholars. This is a standard tactic — to call anyone who questions them a Hindutva advocate.

Another group that has risen to fill this vacuum is of propagandists promoting influential political groups, notably Mahatma Gandhi, Jawaharlal Nehru and the Nehru-Gandhi family as the only significant leaders of modern India. This is done by the suppression of the contributions of national leaders like Veer Savarkar, Sardar Vallabhbhai Patel and Subhas Chandra Bose while exaggerating and exalting the role of Nehru, covering up his blunders.

Two examples will do. Amartya Sen (not a historian) has claimed that Mahatma Gandhi never brought religion into politics. This is blatant falsehood, for it was Gandhi who led the Khilafat (Non-cooperation) Movement in Malabar in which thousands of non-Muslims lost their lives in what is known as the Moplah Rebellion. ‘Secular’ historians carefully suppress this important aspect that led to Partition.

Another is the popular writer Ramachandra Guha who in his book India After Gandhi blames lord Mountbatten rather than Nehru for the Kashmir dispute, while scarcely noting the Prime Minister’s greater blunder of surrendering Tibet to China and neglecting the borders. This is taken a step further in his compilation Makers of Modern India, which has no space for Swami Vivekananda, Sri Aurobindo, KM Munshi, Subhas Bose, or even Sardar Patel. Guha, however devotes considerable space to Verrier Elwin, a British missionary who exploited tribal girls in the name of anthropology research.

Fortunately things may be improving, thanks to the efforts of truth-loving scholars over the past two decades willing to learn new facts about the Vedic Saraswati, population genetics and other discoveries. These include names like Kamlesh Kapur, Michel Danino, Sanjeev Sanyal and others. Of these, Kamlesh Kapur’s Ancient India is particularly noteworthy. Thanks to their efforts, the public is gradually becoming aware of the massive distortion of Indian history — from the ancient and medieval to modern — that the history establishment of post-Independence India has engaged in.

The future looks promising, but it is now for educators to take the lead and incorporate their work in their curricula. The ‘eminent historians’ as Arun Shourie called them, as well as their falsehoods are on their way into the dustbin of history where they belong.

The writer is a scientist and historian. The latest edition of his book Vedic Aryans and the Origins of Civilisation (with David Frawley) will be appearing this January