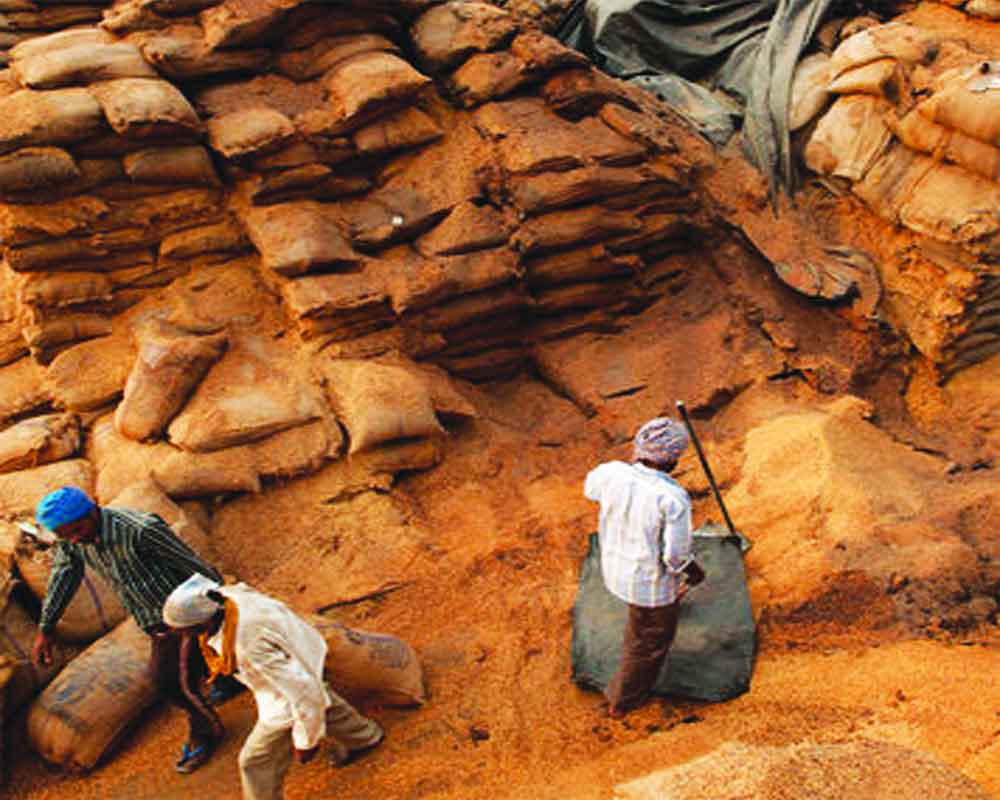 Successive Governments have reiterated their unflinching commitment to rationalise subsidies and reduce the unsustainable burden they put on the country’s Budget, yet they have failed to do so

Millions of people (including many undeserving ones) are getting a variety of subsidies from the Central Government and States. These cost crores, impairing the ability of the Centre and States to rein in fiscal deficit (excess of total expenditure over total revenue) within the range mandated under the Fiscal Responsibility and Budget Management (FRBM) Act. These subsidies are administered in an “ad-hoc” and “arbitrary” manner and this leads to misallocation of resources, promotes inefficiency in production, distribution and use, encourages misuse and diversion of funds and makes way for controls.

Successive Governments, led by parties of all hues across the political spectrum, have reiterated their unflinching commitment to rationalise and streamline subsidies with a view to reduce  and give them only to the deserving. The then Union Finance Minister Pranab Mukherjee under the UPA regime had even fixed a specific target in the 2012-13 Budget for reduction of subsidies as percentage of the Gross Domestic Product (GDP) in as much the same way as the target for pruning fiscal deficit.

Yet, grants have continued to increase and the subsidy given by the Central Government on food, fertilisers and fuel alone exceeds Rs 300,000 crore annually. That this is imposing an unsustainable burden on the Budget can be gauged from a recent decision of the Government to increase the “authorised capital” of the Food Corporation of India (FCI) — as food subsidy is routed through it — from the existing Rs 3,500 crore to Rs 10,000 crore, so that the FCI is able to raise more money from the market (with this, it will be eligible to borrow Rs 100,000 crore) even as the Government is unable to pay.

In case of fertilisers, where subsidy is routed through manufacturers, the ruling dispensations have innovated a variety of mechanisms such as issue of  “fertiliser bonds” in lieu of pending subsidy payments (as during 2007-08 and 2008-09) or special banking arrangement (SBA) under which the Central Government directs public sector banks (PSBs) to give loans to manufacturers backed by sovereign guarantee (2014-15 to 2016-17) to mitigate the adverse impact on the Budget and prevent fiscal slippage.

During 2007-08 to 2009-10, the Government issued oil bonds to public sector oil marketing companies (OMCs) like the Indian Oil Corporation (IOCL), Bharat Petroleum Corporation (BPCL) and Hindustan Petroleum Corporation (HPCL) against outstanding subsidy dues on sale of petrol, diesel, LPG and kerosene. Further, during 2004-05 to 2013-14, it also took recourse to directing upstream oil and gas PSUs like Oil and Natural Gas Corporation (ONGC) and Oil India Limited (OIL) to give discount on sale of domestic crude to IOCL/BPCL/HPCL. ONGC alone gave a cumulative discount of over Rs 300,000 crore during this period to ease the subsidy burden on the Centre.

Why then, have subsidy payments continued to increase unabated? In a fundamental sense, this has to do with a two-fold strategy followed by successive regimes. First, the Government orders sale of fertilisers, food and fuel at a low price, unrelated to the cost of production/procurement, handling and distribution which is higher. Second, since no manufacturer or agency can sustain operations by selling at the low (albeit controlled) price, the Government reimburses to it excess of the cost-over-price as subsidy. Both the components of the strategy are seriously flawed.

The supply of a product at low price stops the consumer from recognising its true value and often leads to its indiscriminate and excessive use or even misuse. For instance, the low Maximum Retail Price (MRP) of urea, which currently is a mere 10 per cent higher than it was two decades ago, has led to its excessive use, causing an imbalance in fertiliser use, stagnating crop yield, soil degradation and an adverse environmental impact. It has also led to large-scale diversion to chemical industries (30 per cent of the total supply).

In food also, diversion of subsidised cereals from the Public Distribution System (PDS) is rampant and could be as high as 50 per cent in some States. When, under the National Food Security Act (NFSA), food grains are available at a throwaway price of Rs 1/2/3 per kg for coarse grains, wheat and rice respectively, as against the much-higher market price, surveillance can’t stop diversion.

In oil too, there are instances galore of subsidised kerosene being diverted for adulterating diesel; or rampant misuse of subsidised LPG until the Government brought it under the Direct Benefit Transfer scheme from January, 2015. The other pitfall has to do with giving the benefit of subsidy to even those who don’t deserve it. When, urea is available at a “uniform” low MRP to all farmers (without any ceiling on the quantity bought), even a rich farmer merrily enjoys the subsidy. Likewise, undeserving farmers are also enjoying subsidy on other inputs like power, irrigation and credit.

Coming to the second component, when, a fertiliser manufacturer knows that the Government will reimburse in excess of the cost of production and distribution over the MRP, he/she won’t make efforts to improve efficiency and reduce cost. Further, even suppliers of raw materials such as LNG, phosphoric acid, ammonia and potash used in producing fertilisers get away with charging a high price, as they too know that input costs are “passed-through” under the subsidy regime.

In food, the FCI gets paid for its expenses on procurement, handling and distribution on “actual” basis. This allows cover up for its inefficiencies, cost padding and even for quantities which often disappear from the warehouses.

Similarly, oil firms get reimbursement on sale of subsidised LPG and kerosene based on inflated price which is a mix of import parity and export parity in 80:20 ratio.

Several committees from time to time have recommended measures to address these flaws. But, no political dispensation ever picked up the courage to act on their recommendations. The overarching reason behind this was sheer votebank politics. Some events from the 1990s and the 2000s will best illustrate this. In the early 90s, when under pressure from the International Monetary Fund (IMF) and the World Bank and based on recommendations of the Joint Parliamentary Committee, the then Government under PV Narasimha Rao decontrolled all phosphate and potash fertilisers and withdrew subsidy from August 25, 1992, it not only retained controls and subsidy on urea but also reduced its MRP by 10 per cent. Further, even on phosphate and potash fertilisers, within five weeks of withdrawal it resurrected subsidy under a new incarnation called “ad-hoc concession.”

Since then, successive Governments have continued with subsidy on both urea and non-urea fertilisers with much higher subsidy on the former. In 1998 under the then NDA Government led by AB Vajpayee, the then Finance Minister, Yashwant Sinha while presenting the Budget had proposed an increase of Rs 1,000 per ton in the MRP of urea with a view to bring about some reduction in subsidy. In a bid to camouflage its harshness, in his speech, Sinha presented this as an “increase of Rs 1 per kg” (thinking that this might pass muster). But the Minister was caught napping as all parliamentarians — cutting across party lines — protested, forcing him to roll back 50 per cent of the hike the very next day and the remaining within a fortnight.

These events clearly demonstrate the power of the vote bank, which is synonymous with supplying cheap fertilisers, food, fuel, power and so on. In sharp contrast, meaningful subsidy reform — at its very core — requires abandonment of a populist approach. But then politics always has an upper hand even as reforms take the back seat.

Given the incessant exhortations of our political class that all agricultural inputs and essential items of consumption are available at throwaway prices or even free, it is most unlikely that subsidy reforms will ever take off.