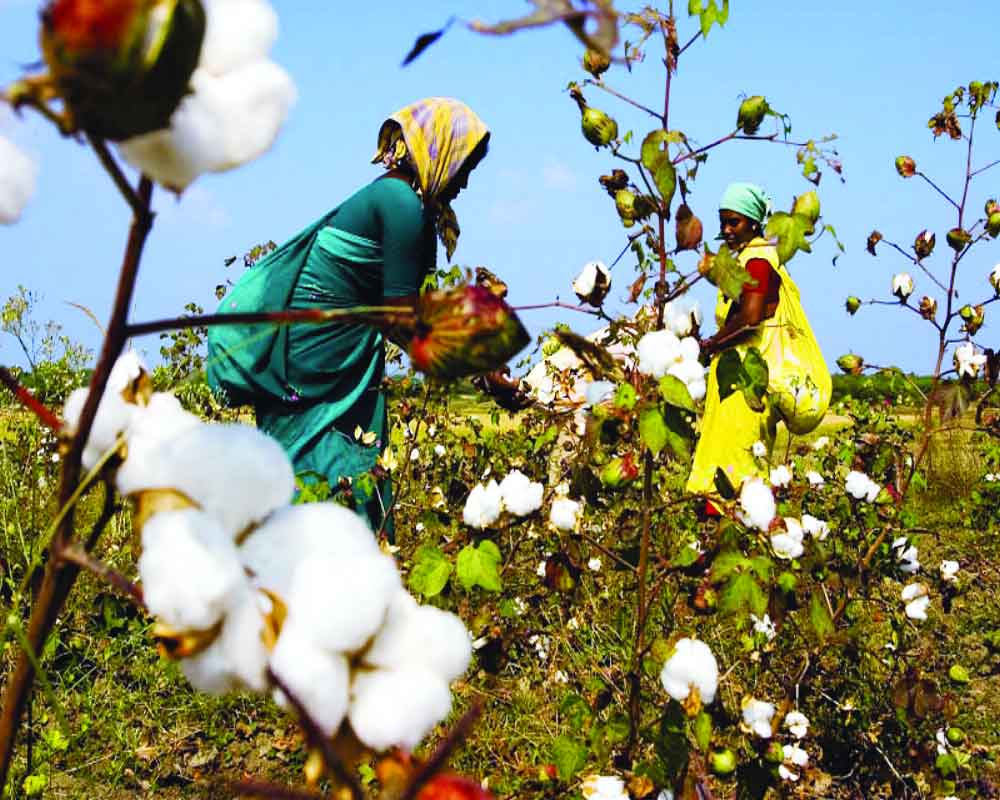 India faces grave dangers as unprecedented levels of GM genes have been found in our foods. The time for labelling GMOs is over; Governments must simply ban them

In Rottenseed! Cottonseed, Alzheimer’s and Your Brain, nutritionist Bruce Semon traces the rise of Alzheimer’s to a toxin in cottonseed that goes to the brain and randomly ties up important structures there. Cottonseed, a byproduct of cotton farming, contains poison but is routinely fed to farm animals, poultry and fish, from where it enters their flesh and reaches human beings when they eat this meat. Dr Semon, the first writer to trace the link between toxic cottonseeds and human health, describes his experiments on feeding cottonseed to animals.

In India, some farmers are illicitly extracting cottonseed oil and selling cheaply to vegetable oil dealers, who mix it with edible oils and sell to unwary consumers. In the past decade, cotton farming has risen sharply under the influence of GM cotton, peddled by multinational firms, increasing chances of the even more lethal GM cottonseed oil entering the human and animal food chain. In 2018, the Centre for Science and Environment (CSE) detected BT cottonseed contamination in edibles oils. The Food Safety and Standards Authority of India (FSSAI) has so far done little to contain this adulteration. The Government must ban cottonseed for human or animal feed and warn against its consumption.

Cottonseed is also implicated in infertility. Male and female infertility has often been attributed to hormonal problems but Semon argues that cottonseed is loaded with toxic chemicals. It killed many animals to which it was fed, which led to studies on just how much cottonseed could be fed to animals without killing them.

A major cottonseed toxin is “gossypol.” Researchers have known this since 1950 but no one made it public. China is supposed to have examined gossypol as a possible form of birth control for men (it interrupts sperm formation). In women, gossypol causes failure to ovulate. Other harmful effects cannot be ruled out.

Indeed, India faces grave dangers as unprecedented levels of GM genes have been found in Indian foods. CSE detected unprecedented levels of genetically modified genes in Indian foods, both imported and indigenous. CSE’s Pollution Monitoring Laboratory found 32 per cent of 65 food products purchased randomly from retail outlets in Delhi-NCR, Punjab and Gujarat, to be GM-positive. Among imported samples, 80 per cent were GM-positive.

Dr KR Kranthi, former chief, Central Institute for Cotton Research, warned of edible oil contamination: “The possible routes of BT cotton protein entering the food chain are through human consumption of un-refined cottonseed oil, in which traces of BT protein may be present with particulate seed residues or through consumption of meat or milk of the animals which are fed on BT cotton seed-cake.”

Biosafety expert Dr Vandana Shiva said, “Illegal GMO Roundup Ready BT cotton has spread in farmers’ fields with no action from the Genetic Engineering Appraisal Committee (GEAC). Illegal GMO foods are flooding India’s markets with no action from FSSAI. The Government is supposed to protect its citizens from harm and illegal actions. How long will it protect the GMO industry and allow Indians farmers and citizens to be harmed?”

Dr Gilles-Eric Seralini, who was hounded by multinational companies and their media acolytes until the French courts penalised his attackers for defamation, explained the effects of ingesting GM over a five-ten year period, “We have already demonstrated on mammals that BT toxins attack mucosal and epithelial cells, inducing heavy long term chronic diseases.” GMOs and pesticides, he says, are a biological arsenal causing diseases from cancers to farmers’ suicides.

The Indian Government did not conduct any independent scientific study before adopting Monsanto/Bayer’s GMOs, as pointed out by the Parliamentary Standing Committee on science and technology (Report 301 on GM crops and their effects). FSSAI’s GM labelling rule has been lambasted as too lenient and corporate-driven. A scientific study in the Journal of International Immunopharmacology (August 2018) found that the BT protein, present in BT crops, causes immune reactions and triggers food allergy and intestinal inflammation in mice.

Meanwhile, several scientific studies, including one published by the Public Library of Science (July 2013), have found compelling evidence that the DNA of genetically modified foods can enter the human bloodstream and cause many health problems. Blood samples of over 1,000 participants were collected and “the results indicated that meal-derived DNA fragments (which were large enough to carry complete genes) can avoid degradation and ultimately enter the human body’s circulation system.” Researchers said these are actually stretches of DNA large enough to pass complete genes of GMO plants (like soy, corn or canola oil) to humans.

In some blood samples, the relative concentration of plant DNA was higher than human DNA. The researchers said that participants with inflammatory bowel disease and auto-immune disease had the highest concentration of transgenic gene. Previous studies show that GMOs can change the beneficial bacteria in the small intestine and trigger auto-immune diseases and inflammation, making it difficult to absorb the real nutrients in food. These findings vindicate the claims of independent scientists and researchers who have long warned the regulatory bodies and biotech industry that GMO genes can be transferred from dairy and animal products to people.

After prolonged resistance, the European Food Safety Authority was forced to admit that DNA from food (GMO or non-GMO) could end up in animal tissues and milk and other dairy products consumed by people. The GMO companies are strenuously resisting the findings and investing millions of dollars to hide their toxic GMOs and defeat the GMO labelling movement, even as people eating these hidden toxins are getting sicker and sicker.

Many scientists and activists now feel that the time for labelling GMOs is over; Governments must simply ban them. This is also the time for the Government of India to order a scientific study of the diseases (cancer, diabetes, auto-immune, organ failure) that followed introduction of the Green Revolution. The artificial self-sufficiency wrought by the chemical fertiliser and pesticide-based agriculture has long devastated the health of animals, humans and the very soil.