For the sake of democracy

For the sake of democracy 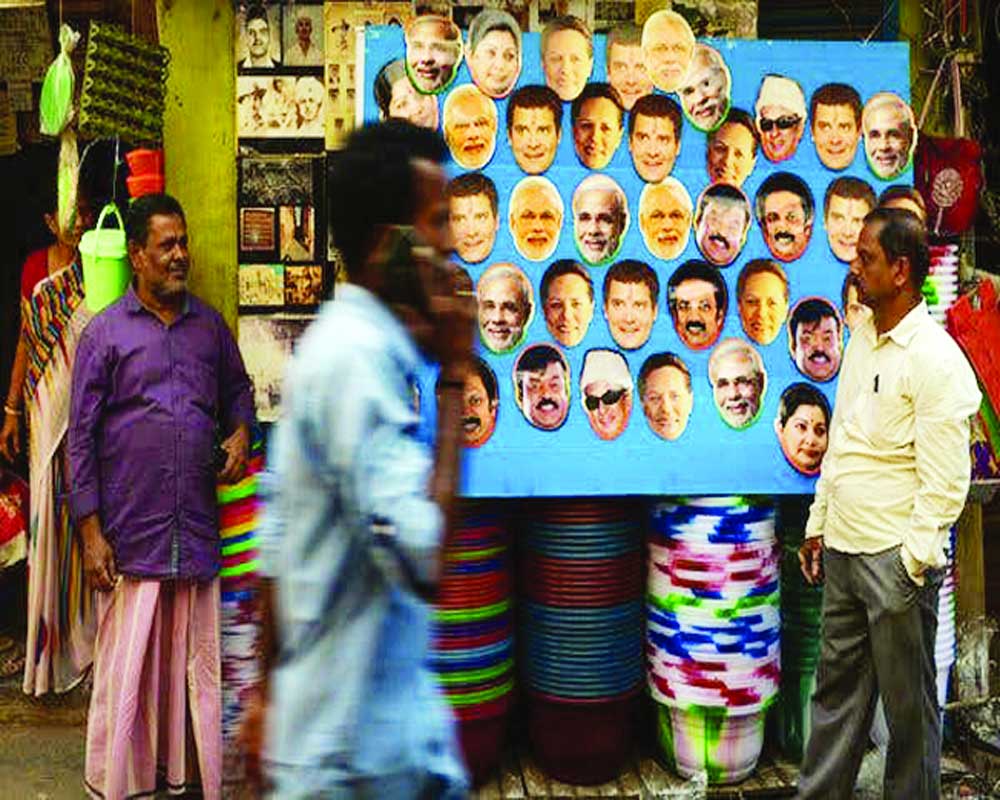 Decades after the Indian republic was founded, citizens today are worried about the increasing erosion of credibility of elected representatives who continue enjoying legislative privileges

In a democracy, citizens enjoy the privilege of casting their vote to elect representatives. In India, we elect leaders right from the panchayat level to the Parliament. The right to vote is prized and all of us are taught about it in our schools and universities. We are also reminded about this by politicians of all hues before every election. It is also a well-established fact that the Indian voter is far more mature now and knows about the “power” of his/her vote. This was proved beyond any doubt to one and all — nationally and internationally — in 1977 when the citizens unseated Indira Gandhi from her traditional family fiefdom in Uttar Pradesh and simultaneously threw her out of power at the national level by decimating her political party. A very interesting interlude followed her defeat. People had high hopes from the next Government as it was supposed to work under the astute guidance of Jayaprakash Narayan. Those, who inherited power, could not manage the Government. They were assessed unfit by the people and Indira Gandhi was brought back to power within three years. People not only pardoned her but also taught a lesson to those who could not rise above petty personal feuds as they had not “learnt to live and work together.” All this, experts say, is the essence of democracy.

Democracy shines when a humble person, setting aside all his/her woes, concerns and stress of providing the next meal, enters the polling booth and puts his/her finger on the EVM button. Who can read or visualise what clouds their minds in the shape of a better tomorrow for him/her, the family and for the little world that deserves outside support on many counts. The voter is still far from the promises made in the Constitution of India. One more election opportunity and expectations soar again. The Indian voter has also witnessed how elected representatives have often let them down on several counts. Most of them vanish for five years, take more interest in their own welfare than that of the electorate, show little concern and connectivity to their electors, give no dignity to them and after five years, return with folded hands, pleading for “one more chance.” But if one weighs the performance of elected representatives on Gandhian expectations, one would mostly be disappointed.

Winston Churchill never expected that India could manage its independence. He was convinced that Indians were unfit to govern themselves and, hence, the British had to stay on to look after them. It was not easy for him or those of his ilk to see beyond the cobwebs of the much-publicised altruistic perception that the British essentially travelled to India to “salvage the souls of the savages.” One could claim with a sense of pride and achievement that whether Churchill liked it or not, India has established its credentials in “how to make its democracy operational in its minutest nuances.” We could do it as it was not new to democratic practices of governance.

The Ganrajyas of Licchavi and Vaishali are well-known historical instances. Even at that time, education for preparing young ones with a focus on “lot learn to live together” began in joint families that accommodated four generations under one roof. It was also a ground to teaching them to respect different viewpoints and accommodate the likes and dislikes of everyone. Respect for diversity and the realisation how essential it was, were inherent in the Indian tradition. Indian culture prepares its children for a duty-bound society that respects relationships within the family and beyond.

It will be worthwhile to remember what Churchill said: “Democracy is the worst form of Government, except for all others”, which invites learned and informed deliberations even now.   He viewed democratic politics not only as an “insurance” for future, against external dangers, but also against threats “scarcely less grave and much more near and constant” that threaten us all. India, like every other functional and dynamic democracy, must remain conscious of the dangers to its democracy that are emerging within the system from the very functionaries that are entrusted with the task of sustaining and strengthening democratic values.

We are all aware how traditional democratic values have confronted difficult situations in the era of globalisation and commercialisation. They stand overshadowed by emerging materialist values. On several occasions, elected representatives, including those holding positions of greater political power, find it difficult to maintain the right balance between Indian perception of democratic public life and the lure of power and pelf — glamour and glitz in a globalised free-market world.

The chinks emerging in the Indian democracy are not unexpected. Mahatma Gandhi could envision in April 24, 1922, that “As we become independent, all the defects of the system of elections, injustice, the tyranny of the richer classes as also the burden of running administration, are bound to come upon us. People would begin to feel that during those days, there was more justice, better administration and peace and there was honesty to a great extent among the administrators compared to the days after Independence.”

When I came across this part of Gandhian writing some four decades ago, my simplistic query to eminent Gandhian personalities was: How could Gandhiji cultivate such serious apprehensions about elections when we had no such experience in India? They were kind enough to enlighten me that Gandhiji had studied the British election system in-depth and could visualise what impact the taste of power produces on the majority of elected representatives.

Having elected 17 Parliaments and innumerable State Assemblies, district and panchayat level bodies, the Indian voter has seen it all. They are worried and are struggling with the increasing erosion of credibility of elected representatives, who unfortunately — exceptions apart — could not live up to expectations. They have seen how representatives coming from humble backgrounds become billionaires. They know for sure that their Minister, Chief Minister or Deputy Chief Minister could spend anywhere from Rs 5 crore to Rs 50 crore to refurbish their official bungalows. Former Chief Ministers are given huge bungalows for life with support staff.  When the High Court ruled against this practice, the Madhya Pradesh Government found a new way to bypass the court’s orders. Using discretionary quota, it reallotted the same houses. Such instances could be aplenty.

The youth of today may find it difficult to believe that the members of the Constituent Assembly did not get any salary, let alone pension. They got an allowance of Rs 45 per day for the days of sitting. And they were the ones who got it reduced to Rs 40 per day in consideration of the tough economic condition of the country.

An eminent expert on the nuances of parliamentary democracy and an internationally acknowledged scholar and author of Our Constitution, Subhash Kashyap brilliantly analysed the “rise” of the Indian parliamentarian at the national level in his latest outstanding treatise, State of the Nation: Democracy Governance and Parliament. Members of the Constituent Assembly were mostly freedom fighters and men and women known throughout the length and breadth of the country for the sacrifices they made. They worked tirelessly to give India its Constitution. They gave themselves a sitting allowance of Rs 40 per day. Contrast this with their successors. The salaries and allowances of Members of Parliament Act, 1954, fixed a salary of Rs 400 per month for an MP and a daily allowance of Rs 21.

After this, there have been 29 upward revisions to the Act. There were members, whose conscience was pricked but their viewpoint was overlooked by the majority. Nanaji Deshmukh was one such exception. He raised this issue in 2004 and pointed out that “salaries and allowances of members had gone up 90 times during the first 50 years”. But his words made no impact. These upward revisions invariably got a full-throated fast-track approval from the MPs. Kashyap describes the position in its totality: “At a time when the salary of a member was only Rs 12,000 per month, Nanaji had estimated that the direct monthly expenditure on an MP was at least Rs 3 lakh per month. Himself an MP, he knew first hand. On that basis, the present monthly cost of an MP must work out close to Rs 10 or15 lakh per month or more, which could be few hundred times the per capita income of an Indian.”

Whenever issues related to MPs or State legislatures come up during discussions, I am invariably reminded of the Gandhian vision that defects of elections would weigh heavily on our people. The resilience of electors in democracy may have its upper limits. It is public knowledge that each candidate is supposed to submit a detailed statement of the expenditure incurred during election campaigns. They also know that it should always be within the limits prescribed by the Election Commission of India.

Every Indian voter would be willing to say “every one spends much more than what they claim to have spent”, exceptions apart. Is this situation acceptable? May be, someday,  some young elected representative will launch a campaign against this routine practice and be hailed as a “hero” striving to restore democratic values. This could be done by some young person, who remains honest, humble and humane as the representative of people.