Will the Thackeray clan see a s(o)nrise?

Will the Thackeray clan see a s(o)nrise? 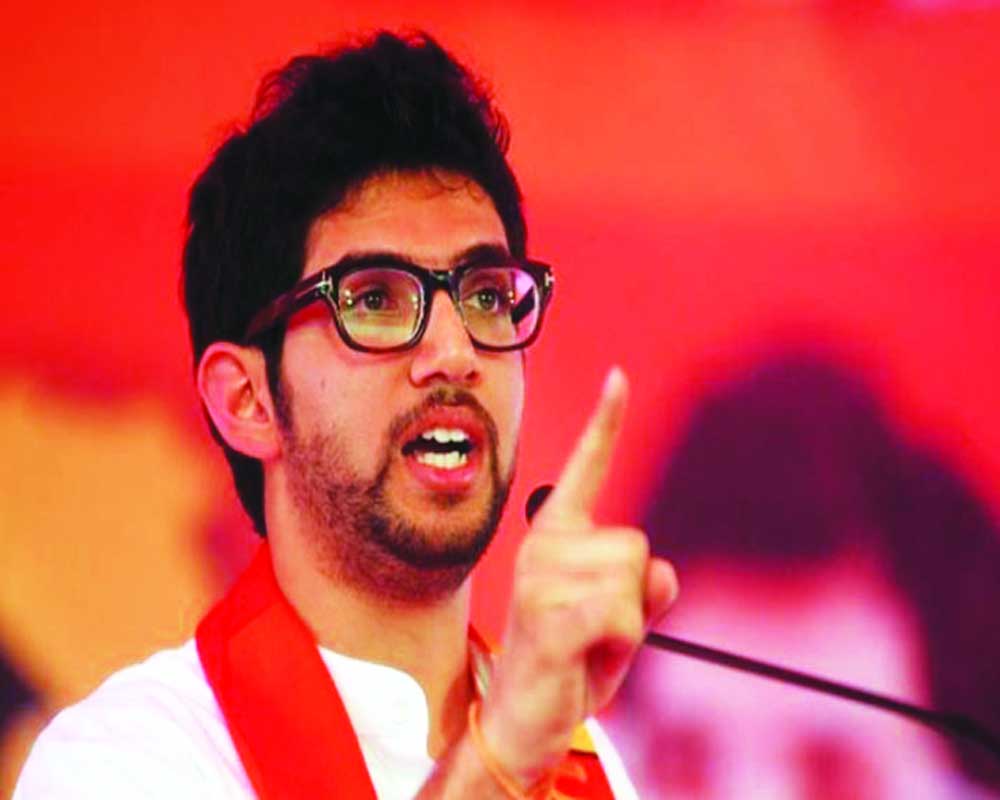 The timing is perfect for Thackeray scion Aditya to make his electoral debut with the BJP-Sena alliance poised to win the Assembly polls. The young Thackeray represents the changing political scenario and the Sena’s evolving culture

How would the late Sena chief Bal Thackeray have reacted to the idea of his grandson Aditya entering electoral politics when the Thackeray clan had  scrupulously kept out of it for decades? He would have chuckled.

So far, the family has run a powerful political party in Maharashtra without contesting elections. The youngest Thackeray, Aditya breaks that tradition in the forthcoming Maharashtra Assembly elections by contesting from the Worli seat in Mumbai.

Balasaheb had once told me he had taken three decisions — he would not contest elections, would not write his autobiography and would not take any Government post and he had stuck to them till the end of his life.

After the first Shiv Sena-Bharatiya Janata Party Government (BJP) was formed in 1995, Balasaheb often quipped that he ruled the State via “remote control.” Balasaheb’s son Uddhav Thackeray surprisingly not only kept the party alive but also followed the “remote control” policy of his father.

However, the 29-year-old Aditya is different in this sense and he represents the aspirational Maharashtrian youth.  His image- makers are trying to project him as a suave, English-speaking Sena leader. Nine years ago, Balasaheb himself introduced his grandson to the political world in October 2010 and also named Aditya the head of the party’s newly-created youth wing.

The timing is perfect for the Thackeray scion to make his electoral debut, with the BJP-Sena alliance poised to win the Assembly polls this month.

Aditya stated the obvious in an interview recently, “I chose this election because I thought this was the right time.” There is a vacuum in the youth leadership in Maharashtra, which he hopes to fill.

As a child, Aditya used to travel with his father and grandfather and became interested in politics from then on. “If you have to do something good for society, politics is the way. I have been thinking of my journey for the last five years. We did several agitations. How to serve Maharashtra better, Shiv Sena style? I have always thought that I should join my party legislators”, says Aditya.

Prior to this electoral contest, he had undertaken a Jan Ashirwad yatra in July to thank the voters for the 2019 success but his real intention was to gauge the public mood for his own debut.

The young Thackeray represents the changing political scenario and also the evolving culture of the Sena. Much has changed since the days of Balasaheb. The party’s clout in Maharashtra politics has certainly diminished.  Politics has changed, the voters have changed and the Sena, too, has become a junior partner in the coalition, as compared to the earlier days of dominating the Sena-BJP alliance.

Aditya is experimenting with a different kind of politics, trying to change the old narrative. The Sena’s image has been that of a muscular political party and he would have to change this if he wants to succeed. The Sena is no more a rabble-rousing party.

In the past it used to launch agitations against the South Indians, Gujaratis, Biharis and Muslims. Today, in a bid to woo non-Maharashtrian voters, his campaign has multi-lingual posters. He does not mention religion or Hindutva and instead prefers to raise bread and butter issues like employment and development.

He talks about the ban on plastic, beach cleaning and the environment. Aditya is more cosmopolitan,  modern and open to new-age electoral politics. He is accused of being comfortable with the Page 3 set but he is also trying to appeal to the ordinary youth.

Second, Aditya is emulating his grandfather by building a base among the youth. The senior Thackeray had a devoted youth following all his life.  As long as he was alive, every Vijayadasami day, thousands of youth had attended his meeting at the Shivaji Park. Now, Aditya is targeting the millennial voters. He is being projected as a sensitive, modern, young leader, who is flexible and open to new ideas.

Third, it was the family’s considered decision to support Aditya’s electoral plunge. Bal Thackeray could run the Government through remote control.  Uddhav, too, managed to do that but Aditya, encouraged by his mother Reshmi, believes that the days of “remote control governance” are over and one needs to be in the system.

Above all, the Sena wants to strengthen itself on the ground fearing that the BJP might subsume the party. The family feels that the junior Thackeray’s presence in the next Cabinet would give them some control.

Aditya is poised to win the Worli seat, if Dame Luck smiles at him, he might even become the Deputy Chief Minister. Though Uddhav says now, “The first step in politics doesn’t mean that you have to become the Chief Minister of the State. He has just entered politics, this is just the beginning.” He would push for his son when the time comes.

Aditya wants to prove that he is not just another son of a powerful political family but a grassroots leader in his own right. The  Assembly contest will be his acid test.