World on a boil

World on a boil 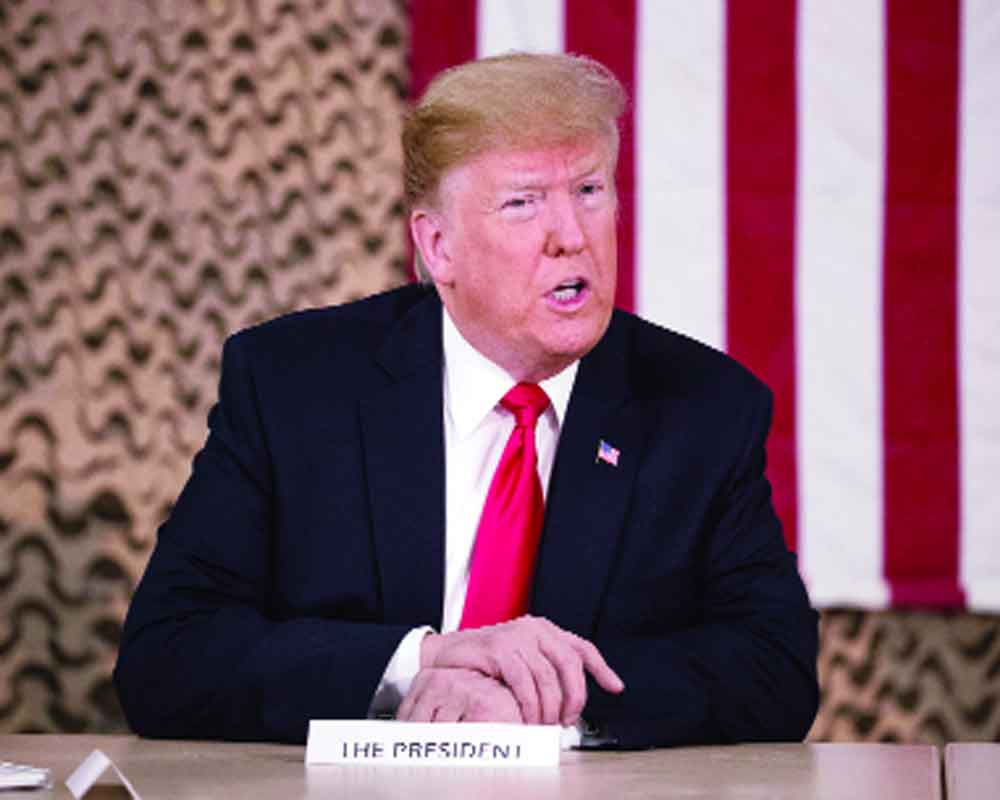 Globally, countries have descended into chaos amid political turmoil. This scenario will continue as we dawn upon another year. This is the new normal

The planet is in turmoil. This did not start in 2018 but worsened during the past year and without being a bird of bad omen, it will continue in 2019. The 2018 award for chaos goes to…US President Donald Trump.

On December 20, 2018, The New York Times published an article titled, ‘You’re Hired! You’re Fired! Yes, the Turnover at the Top of the Trump Administration Is … “Unprecedented.”’ Jim Mattis, the Defence Secretary, was the last on the list. He was the fourth member of the Trump administration to resign or be forced out in the last two months. The article said, “Some roles have been more volatile than others. For example, there have been four White House communications directors, with stints ranging from less than a week (Anthony Scaramucci) to more than six months (Hope Hicks). Sean Spicer, while serving as Press Secretary, filled the position twice...”

A list of major departures is given: Jim Mattis, Secretary of Defence after Trump announced plans to withdraw troops from Syria; Ryan Zinke, Secretary of Interior, amid several ethics investigations; Nick Ayers, Chief of Staff to vice president; John F Kelly, White House’s Chief of Staff; Jeff Sessions, Attorney General and Indian-origin Nikki Haley, Ambassador to the UN.  But there’s no need to get into the political implications for the US and the planet. Other nations are in turmoil, too.

As the Gaulish tribes had always feared, the sky is falling on French President Emmanuel Macron’s head. During the last two months, he has had to face millions of gilets jaunes (yellow vests) in the streets of France. This phenomenon involves some atavism. In fact, the Gaulish character traits never really disappear, they keep re-emerging from time to time. One of these traits is to be anti-establishment.  Remember in the comic, Asterix the Gaul, Centurion Gracchus Armisurplus, commander of a Roman Compendium fortified garrison, pays a heavy price each time the Gauls walk out of their village; Asterix and his companions could not accept the established Roman hierarchy.

Whether in May 1968 or today, the French love to march down the streets to protest. Nobody can stop them from shouting Ras le bol, (the bowl is brimming over) or from chanting ‘Macron, du Pognon’ (Macron, give dough); Macron once called his countrymen with their proud Gaulish DNA, the Gaulois réfractaires (change-allergic Gauls).

Cross the channel and you will find Jeremy Corbyn, the Labour leader, saying in his new year’s message that post-Brexit, his country is a “complete mess” and that it “cannot go on like this”. The UK is due to leave the European Union on March 29 but the island nation, which once upon a time ruled the world, may plunge into chaos if the MPs reject the UK’s withdrawal agreement ...ditto if they agree to Prime Minister Theresa May’s proposals.

Corbyn accused the Government when he said, “Eight years of damaging Tory failure has left us with a divided country where millions are struggling to make ends meet.” It is always easier to blame others, especially when one has oneself triggered the mess in the first place. One word about the born-in-turmoil Pakistan, according to a media report, Islamabad will need to disburse $40 billion to China in 20 years as repayments of debt and dividends on a $26.5 billion investment under the China-Pakistan Economic Corridor (CPEC).

Citing documents of the Ministry of Planning and Development, The Express Tribune affirmed that out of $39.83 billion, debt repayments for energy and infrastructure projects amount to $28.43 billion and the remaining $11.4 billion need to be paid in the shape of dividends to the investors. What a mess! China is not left out. There is no doubt that with his unpredictability, President Trump has changed the rules of the game for Beijing; he acts wildly …like China has been doing for years and Beijing is not accustomed to this. Whether Beijing accepts it or not, Trump will be at the centre of China’s fate in the coming year.

Jeffrey Sachs in Project Syndicate asserted: “The Trump administration’s conflict with China has little to do with the US’ external imbalances, closed Chinese markets or even China’s alleged theft of intellectual property. It has everything to do with containing China by limiting its access to foreign markets, advanced technologies, global banking services, and perhaps even US universities.” Indeed, year 2019 will be a crucial year for China.

On the morning of May 4, 1919, student representatives from 13 different local universities met in Beijing and drafted five resolutions, in particular, to oppose the granting of Shandong to the Japanese and the creation of a Beijing student union. Later in the afternoon, some 3,000 students of Beijing University marched to Tiananmen Square shouting slogans such as ‘Struggle for the sovereignty externally, get rid of the national traitors at home’ or ‘Don’t sign the Versailles Treaty’. Will we witness a remake of the dramatic events which will be celebrated by the Communist Party of China (CPC) during the year?

This year will also mark the 70th anniversary of the foundation of the People’s Republic, and 30 years of the massacre of the Tiananmen Square.

At an event marking the 40th anniversary of China’s reform and opening, President Xi Jinping of China told the 3,000 officials assembled in the Great Hall of the People: “Every step in reform and opening up will not be easy, and we will face all kinds of risks and challenges in the future and we may even encounter unimaginable terrifying tidal waves and horrifying storms. …Only by improving the party’s leadership and governance … can we ensure the ship of reform and opening up will sail forward.” Can the party be the saviour of the Middle Kingdom?

During his new year message, President Xi said,  “Looking at the world at large, we’re facing a period of major change never seen in a century. No matter what these changes bring, China will remain resolute and confident in its defence of its national sovereignty and security.” He spoke of China’s sincerity and goodwill to safeguard world peace. Let us see.

You may ask, what about India? Mess, confusion, uncertainty, chaos, turmoil and the ugly face of democracy will prevail till the general elections at least. This is a safe prediction. But India is, perhaps, a better place to face the chaos. We call it ‘democracy’ here, the least worst system of governance.