Will draw from best practices from outside: Lok Sabha Speaker

Will draw from best practices from outside: Lok Sabha Speaker 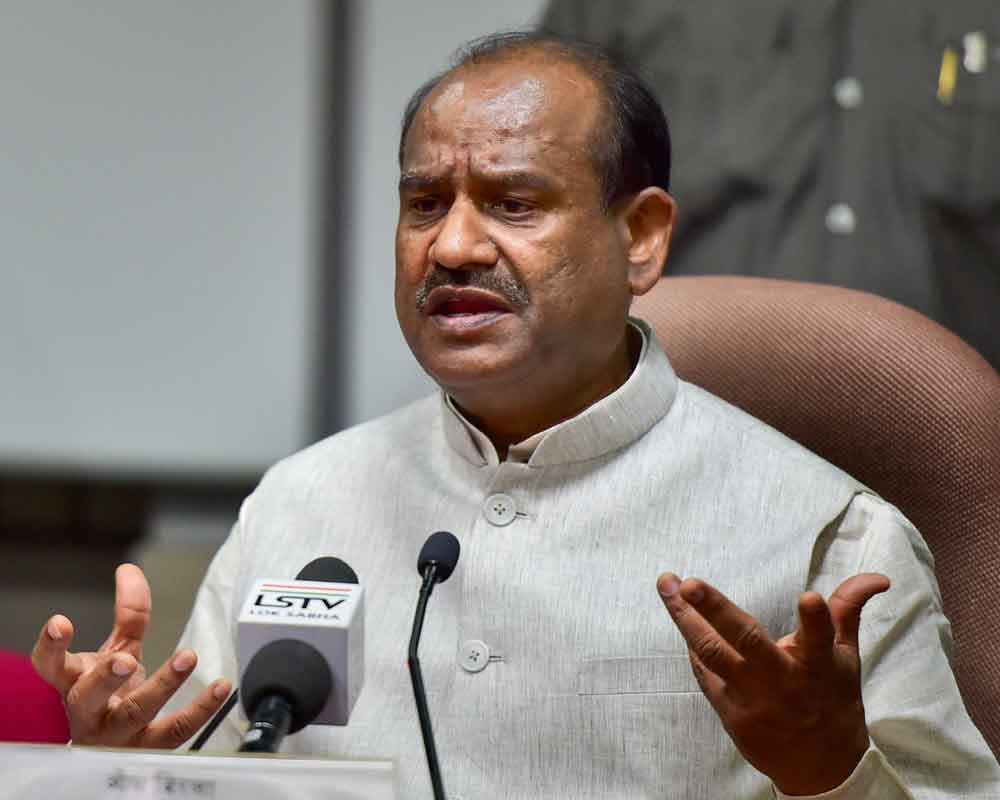 Lok Sabha Speaker Om Birla said Friday that he will work to draw from best parliamentary customs from across the world and asked members to refrain from practices such as trooping into the Well of the House to register their protests.

Speaking to reporters, Birla, a BJP MP who was the ruling dispensation's surprise pick for the chair, also asserted that elections in India have always been transparent and said that the Congress would not be defeated in the Lok Sabha polls held after the Emergency in 1977 if this had not been the case.

His remarks came as several opposition leaders have been expressing doubts over the integrity of electronic voting machines. Birla made no direct reference to the issue.

Listing his priorities, he said he will work to enhance the House's dignity and advised members to abide by rules and regulation.

Acting tough, he repeatedly stopped members from speaking out of turn on Friday and asked them to abide by rules.

Birla was unanimously elected to the chair on Wednesday.

He said he hoped to engage with parliamentary proceedings in other democracies in the world and draw from their best practices to conduct Lok Sabha in a better way.

He observed that he might have been strict in his conduct on Friday -- the first day when he got to preside over the routine parliamentary proceedings in the House -- by repeatedly asking members to refrain from interrupting those allowed by the Chair to speak.

He, however, asserted that he went by their advise -- an apparent reference to opposition members -- as they had pitched for running the House in a dignified and proper manner.

"Why should 'zindabad-murdabad' slogans be raised (in) the Well or placard be brought in the Well? Those interested in doing so have the freedom to do so outside," he said.

He, though, assured opposition members, whose numbers have shrunk further in the 17th Lok Sabha as the BJP-led NDA returned to power with a bigger majority, that he would not be guided by numerical strength in giving opportunity to MPs.

"Every member represent his constituency and I want his or her voice to be heard," he said, noting that he allowed division of votes as demanded by opposition members on the introduction of triple talaq bill in the House on Friday.

To a question as to why he allowed the bill's introduction as the convention has been that the motion of thanks to the President's address is the first matter to be taken up, Birla said rules take precedence over conventions.

The business advisory committee, which has members from different parties, took a call on the issue and he went by it, he added.

Noting that 256 members have been elected for the first time in the 17th Lok Sabha which also has the highest ever number of woman lawmakers, he said he will like an app to be developed to educate them on parliamentary rules and proceedings.

Developing a rich digital library is also one of his priorities, he said, paying rich tributes to previous Speakers, including Sumitra Mahajan of 16th Lok Sabha, for their contributions to the house.