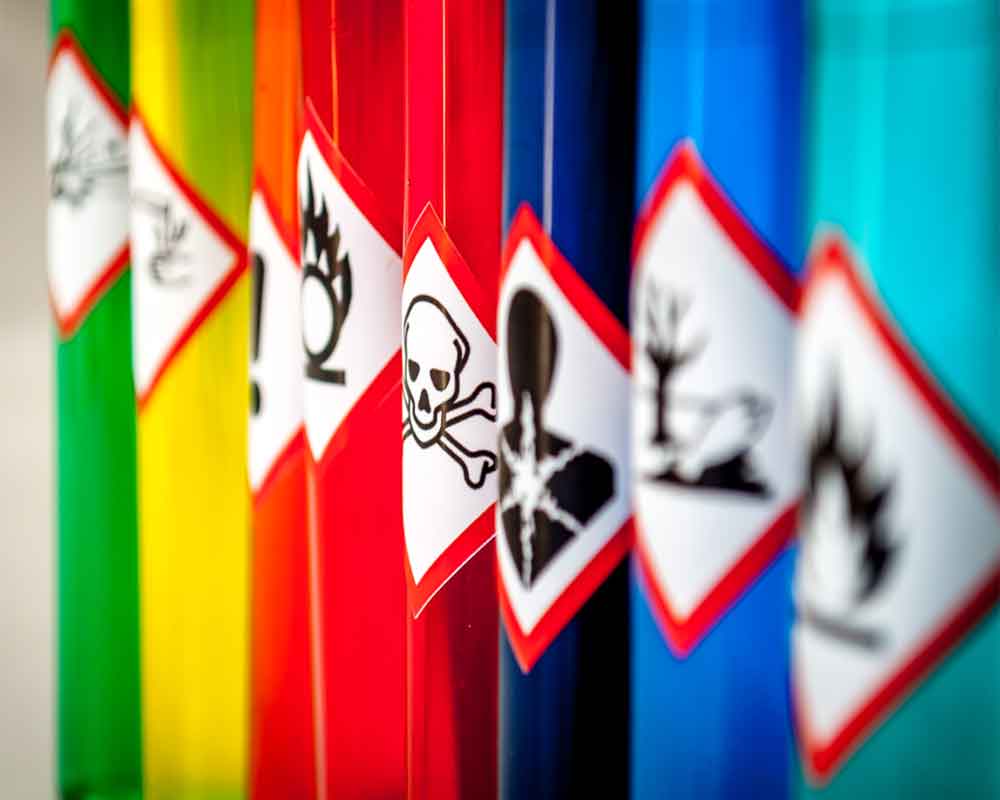 Scientists have developed a novel  sensor that can be used in smartphone-sized devices to detect dangerous chemicals based on a unique "fingerprint" of absorbed and emitted light.

Devices called spectrometers are light-splitting instruments that have long been both bulky and expensive, preventing their use outside the lab.

Now, researchers at the University of Wisconsin-Madison in the US have developed a spectrometer so small and simple that it could integrate with the camera of a typical cellphone without sacrificing accuracy.

"This is a compact, single-shot spectrometer that offers high resolution with low fabrication costs," said Zhu Wang, who was among the team of engineers that created the device.

The device also has an advanced capability called hyperspectral imaging, which collects information about each individual pixel in an image to identify materials or detect specific objects amidst a complicated background.

Hyperspectral sensing, for example, could be used to detect seams of valuable minerals within rock faces or to identify specific plants in a highly vegetated area, according to the research published  in the journal Nature Communications.

Every element's spectral fingerprint includes unique emitted or absorbed wavelengths of light -- and the spectrometer's ability to sense that light is what has enabled researchers to do everything from analyse the composition of unknown compounds to reveal the makeup of distant stars.

Spectrometers usually rely on prisms or gratings to split light emitted from an object into discrete bands -- each corresponding to a different wavelength, researchers said.

A camera's photodetector can capture and analyse those bands. The spectral fingerprint of the element sodium, for example, consists of two bands with wavelengths of 589 and 590 nanometres.

Sunlight contains a complete rainbow mixed together, which we see as white.

To resolve the difference among a mixture of different colours, spectrometers usually must be relatively large with a long path length for light beams to travel and separate.

The team created tiny spectrometers, measuring just 200 micrometers on each side (roughly one-20th the area of a ballpoint pen tip) and delicate enough to lie directly on a sensor from a typical digital camera.

The small size was possible because the researchers based their device on specially designed materials that forced incoming light to bounce back and forth several times before reaching the sensor.

Those internal reflections elongated the path along which light travelled without adding bulk, boosting the devices' resolution.

The device performed hyperspectral imaging, resolving two distinct images from a snapshot of an overlaid projection that combined the pair into something indistinguishable to the naked eye.