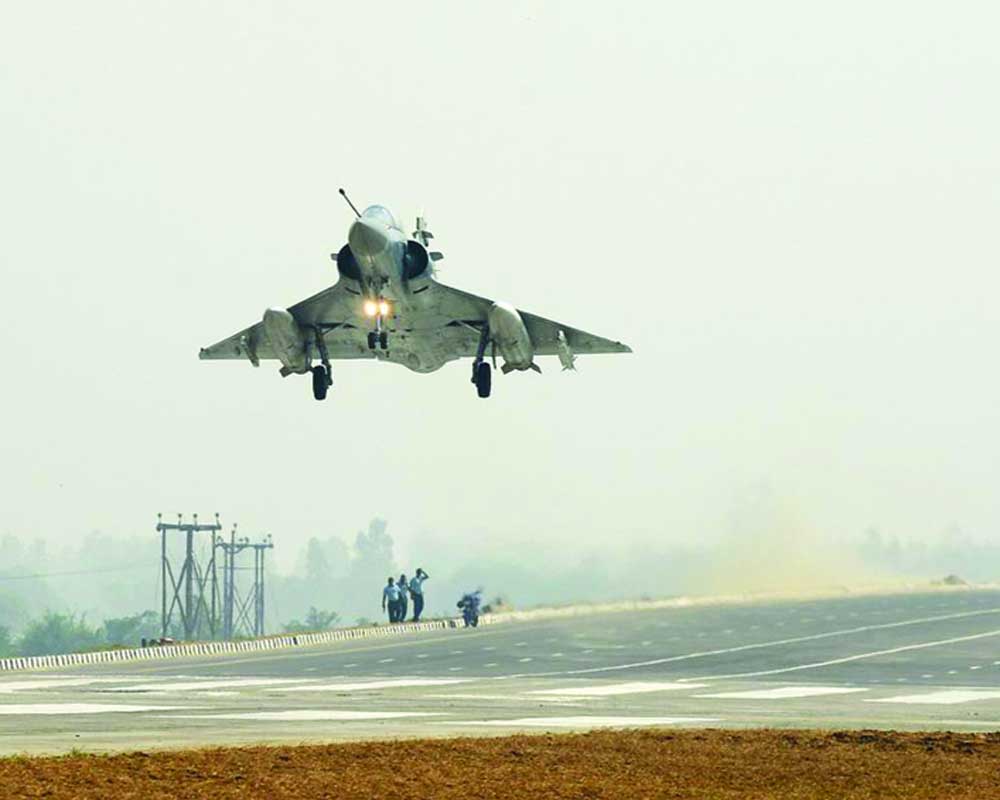 As we celebrate the first anniversary of Balakot, one of the biggest challenges facing the Indian subcontinent and West Asia is of managing cross-border air strikes

On the first anniversary of Balakot, which is today, challenges of managing cross-border air strikes are worth recalling. Prevention of high-stake military action — initiation or retaliation — from escalation is the challenge. Recent air, drone and missile strikes in the subcontinent and West Asia demonstrate diminishing appetite for war and conflict. Whenever a conflictual incident has occurred, the immediate aim has been to de-escalate. Uri, Doklam, Balakot and the targetted assassination of Iranian General Qassem Soleimani demonstrated marked preference for containment and defusion rather than confrontation or escalation. A classic case of the absence of escalation control occurred during the 1965 Indo-Pakistan war where both sides played tit-for-tat.

Pakistan launched Operation Gibraltar,  attacking by infiltrating Jammu & Kashmir. India retaliated at Hajipir and Kishanganga bulge in Pakistan-occupied Kashmir (PoK). Pakistan responded in Chhamb-Jauriyan. Pressed against the wall in Chhamb, India called in its Indian Air Force (IAF) and crossed the International Border (IB) in Sialkot and Lahore sectors, taking the war into the Punjab plains. Rawalpindi had believed its war would be confined to Jammu & Kashmir.

Now compare India’s surgical strikes in Uri and Balakot with the US drone strike against Soleimani. Language and vocabulary employed following these incidents make it clear that both the initiator and the responder aimed at de-escalation. Both the US and India have tried to alter the behaviour of Iran and Pakistan respectively, making both end their use of terrorism as instruments of State policy. In retaliation to the acts of terrorism, neither has wanted escalation after they initiated pre-emptive strikes or acted in anticipatory self-defence — a terminology used by India and the US. Although India’s air strike in Balakot was in retaliation to the Pulwama suicide attack, it was presented as pre-emptive action to ward off imminent terrorist attacks. The US drone strike on Soleimani was portrayed as revenge for earlier Iranian attacks on American interests and its allies in the Gulf region as also to prevent future attacks. As India wanted no escalation, it stated upfront that air attacks targetted the terrorist bases and that no further action was planned. The read-out was similar to pre-emptive attacks in 2016 against terrorist launch pads as reprisal for Uri. By completely denying Indian attacks, Pakistan absolved itself of any response.

But in reaction to Balakot, where the IAF struck for the first time inside Pakistan after the 1971 war and not in PoK, a Pakistani retaliation was inevitable. It came swiftly the next day when a package of F-16s crossed the Line of Control (LoC) and dropped their payload in Nowshera in a void, not on Indian military installations to obviate escalation. But Indian fighter jets scrambled, and in the dogfight, India claimed shooting down of a F-16 while Pakistan shot down a MiG 21 Bison, taking its pilot hostage. Content with retribution but intent on de-escalation, Pakistan agreed to return the pilot, though under US pressure. Pakistan’s announcement of the release of the pilot and India’s declaration that there would be no response to the Nowshera foray hastened the process of de-escalation .

Now compare Balakot with the US drone strike that eliminated Soleimani. Washington  explained the operation as anticipatory self-defence. In order to deter wider conflict and asymmetric retaliation by Iran, the US counselled proportionate response even as Tehran put a bounty of $80 million on US President Donald Trump’s head. Iran’s Foreign Minister Javad Zarif said: “The US’ act of international terrorism targetting and assassinating Gen Soleimani is extremely dangerous and foolish escalation. The US bears responsibility for all the consequences of its rogue adventurism.” Iran’s supreme leader, Ayatollah Khamenei, promised revenge, which came through 12 precision-guided missile strikes against two US bases in Iraq, which were programmed to cause no harm to its soldiers and assets (like Pakistan bombing in Nowshera) to minimise scope for escalation despite Trump’s high-octane warnings for reprisals.

Retribution delivered, Zarif said: “Action taken in self-defence under Article 51 of the UN Charter has been concluded. We do not seek escalation or war.” Like Pakistan’s retaliatory strikes after Balakot caused no harm to India, Iranian missiles were sanitised to avoid escalation. Trump chose to step back and imposed only additional sanctions on Iran. For consumption of domestic audience, the Pakistan Air Force claimed causing huge damage in Nowshera.

Similarly, Iran fed its people the fake news that 80 US terrorists had been killed in revenge attacks. At the same time, it was able to demonstrate the impressive capability of its missiles, which were fired for the first time outside Iran in Iraq after the Iran-Iraq war. Neither the US nor Iran targetted each other’s territory. The US was deterred from escalation by the threat of stepped up asymmetric Iranian response against more than 70,000 American troops in the region scattered over US bases in 10 allied countries.

While in India-Pakistan conflicts the nuclear bomb was a factor for deterrence, in the US-Iran fight it was not. Prime Minister Narendra Modi had claimed during an election rally after Balakot that he had a couple of missiles ready for launch in case the Indian pilot was not released.

Although both the ground and air strikes launched across the LoC/IB were in the aftermath of the terrorist attacks in Uri and Pulwama in Jammu & Kashmir, New Delhi did not invoke Article 51 and the right to self-defence to retaliate. Instead, it utilised the principle of pre-emption to thwart imminent attacks in both cases. Arguably between pre-emptive action and anticipatory self-defence, the latter is more acceptable in international law.

While the US invoked anticipatory self-defence in eliminating Soleimani, Iran used the right to self-defence in attacking American bases. The problem arises while responding to non-State actors like India did in response to Jaish-e-Mohammed attacks in Uri and Pulwama. It specifically targetted terrorist launch pads/training bases in Pakistan, the country supporting/sponsoring terrorist groups and on whose soil they were located. The UN Charter covers only armed attacks by one State against another State under Article 51 that covers self-defence provision. In the US-Iran case, America attacked a terrorist entity in a third country, Iraq, and Iran, too, responded in Iraq.

Restraint and de-escalation have ensured that the imminent threat of war in West Asia has passed, though tensions remain. But another Pulwama or Uri will set alarm bells ringing again. On assuming charge, Army chief Gen MM Naravane warned Pakistan of pre-emptive strikes to deter cross-border terrorism. For military action, pre-emptive or in anticipatory self-defence to be salutary, it has to be executed periodically against  terrorists bases like what the Israelis do: Mowing the grass in Gaza. But comparing Gaza with PoK/Pakistan will be wrong. Surgical air and ground strikes — even after the induction of Rafale — will not be the new normal as they were made out by the BJP during election rallies.