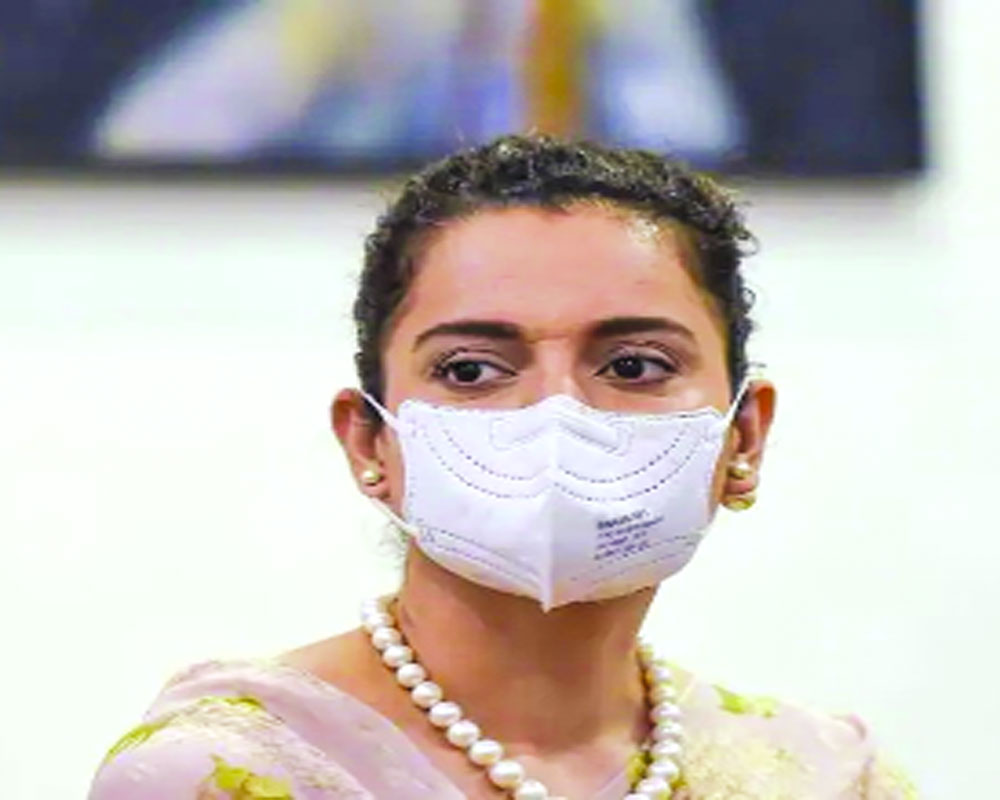 The Mumbai Police on Saturday registered an FIR against Bollywood actress Kangana Ranaut and her sister Rangoli Chandel following an order by metropolitan magistrate court for allegedly promoting enmity between different communities.

Kangana found herself in the dock as the Mumbai court directed the Bandra police to investigate a complaint alleging that she and her sister Rangoli Chandel through their tweets had tried to create “hatred” and “communal tensions” between Hindus and Muslims.

After hearing a complaint filed against Kangana and her sister Rangoli Chandel  by Bollywood casting director and fitness trainer Munawwarali alias Sahil A Sayyed, Metropolitan Magistrate Jaidev Ghule of Bandra 12th court  ordered investigations under section  156(3) of CrPC   into Sayyed’s complaint alleging  among other thing that  both Kangana  and Rangoli had  tried to create “hatred” and “communal tensions” between Hindus and Muslims and that Kangana had tried to lower the image of Maharashtra Chief Minister Uddhav Thackeray and created disaffection among the people against the Maharashtra Government.

“Perused the complaint, heard the advocate of the complainant along with the documents filed on record. On prima facie perusal of complaint and submission I have found a cognizable offence has been committed by the accused,” Magistrate Ghule noted, as he directed the Bandra police to register an FIR against Kangana and her sister Rangoli.

“All allegations are based upon comment on electronic media that is twitter and interviews. The accused used social media like twitter and thorough investigation is necessary by the expert. All offences alleged and levelled against the accused are cognizable. Search and seizure is necessary in this case, in such circumstances I have found it to be proper to pass order under Section 156(3) of CrPC,” the Judge ruled.

Among other things, the section 156(3) of CrPC read with section 190 empowers to Magistrate - upon receiving a complaint of facts and upon information received from any person other than a police officer, or upon his own knowledge that such an offence has been committed any magistrate empowered under 190 can order an investigation to into a complaint.

Apart from trying to create “hatred” and “communal tensions” between Hindus and Muslims, the complainant’s case is that the Kangana - through one of her tweets - had allegedly tried to lower the image of chief minister Uddhav Thackeray and the state government agencies but also create disaffection among the common people against the Maharashtra government. He alleged that Kangana had falsely portrayed a picture that the Maharashtra government was responsible for the demolition of some portions of her bungalow which were demolished by the Brihanmumbai Municipal Corporation (BMC), which is an autonomous body.

In his complaint filed before the metropolitan magistrate’s court under 153-A (Promoting enmity between different groups on grounds of religion, race, place of birth, residence; language etc), Sayeed charged that Kangana was “creating” divisions between Hindu and Muslim artists.  He also alleged that Kangana was “maliciously bringing religion in almost all her tweets and went onto give examples like lynching of Hindu Sadhus at Palghar, calling the BMC as “Babur Sena”  and claiming that she was the first person to make a movie on Chhatrapati Shivaji Mahajan and Rani Laxmibai of Jhansi.

“She has gone to such an extent that she has blamed Jamaatis for spreading corona virus etc, thereby trying to create hatred and communal tensions between Hindus and Muslims. She is well aware that she is a well known actress and has a big fan base so her tweets will be seen and will reach to many people,” Sayyed told the court in his complaint.

In the case of Kangana’s sister, accused number 2,  Rangoli Chandel who is her sister as well as her manager, the complainant had alleged that  Rangoli had  made an objectionable tweet to spread communal hatred and animosity amongst Hindus and Muslim community through her tweet “ Make the Mullas and secular media stand in line and shoot them down, F---k, the history may call us Naazis who cares”.

Sayyed told the court that he had filed with the senior Inspector of Bandra police on September 16, 2020 and with Deputy Commissioner of Police (Zone XI) on October 1, 2020, but no action was taken by both the officers.

Sayyed told the court that police investigation was necessary to “ascertain the real motive behind such hate tweets and who are the people behind such hatred to create communal sentiments against the government”.

Through his lawyer Ravish F. Zamindar, Sayyed had moved the metropolitan magistrate’s court on Thursday and prayed for appropriate directions under Cr.PC Sec. 156(3) to the Bandra Police to register a first information report against the two sisters invoking the relevant IPC sections.