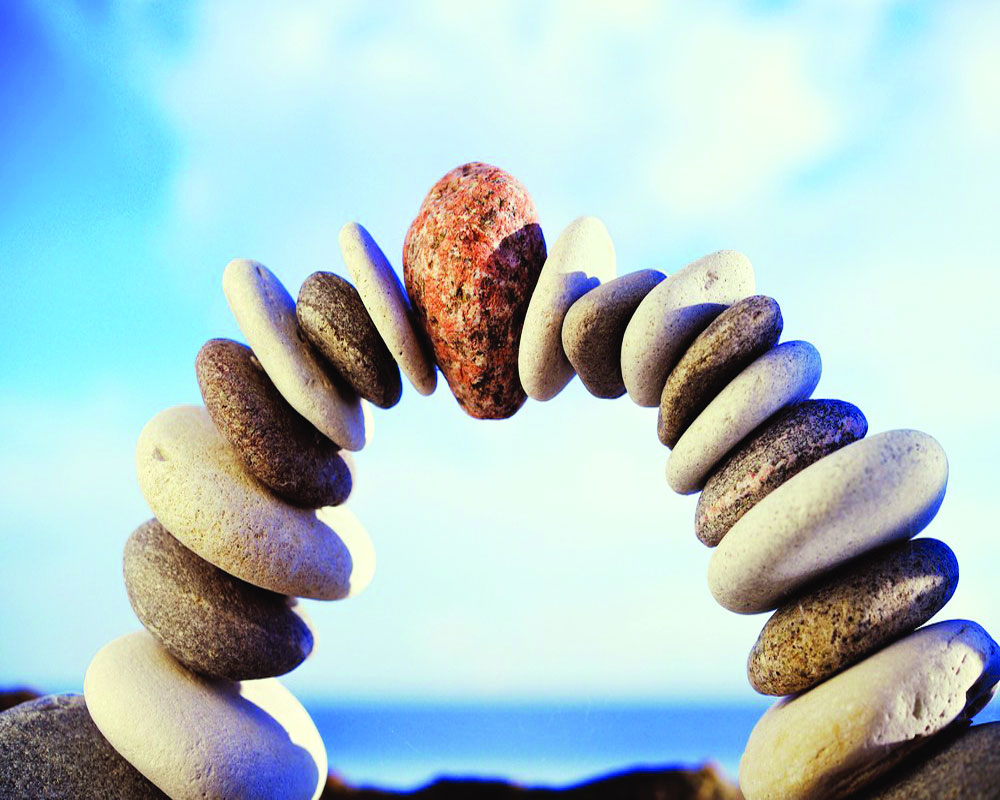 Pursuing Dhyana, we have already seen how mind becomes free from all thought imprints, thus becoming free from all limitations and preconditioning thereto. Full landscape of mind then becomes accessible, offering its wholesome powers. Also, it makes one look at options in hand with an open mind, whereby one could see things in the right perspective due. You could then make right choices in life. It is important to note here that mind is just an instrument, which can’t move on its own. It has to have its defining principles to perceive any subject matter in perspective, which, in turn, makes us take initiatives or react and respond to external stimuli. The paradox, however, is that a purified mind is free from any thought impression. What then would drive the mind?

Well, Dhyana process doesn’t end up by attaining its optimal level. You then need to explore the realities of life afresh. In the process you first turn your attention to the laws of nature that holds the key to our life cycle. Following which, you explore the living world around with all its diversity and complexities. Since pursuing Dhyana, one’s level of intelligence gets sharpened enough to smartly engage with those around with ease and comfort.

What would one realise exploring the realities of life? Well, pursuing Dhyana, you eventually strike at the root of our existence — the eternal element of consciousness, equally available to all. You then realise that all live existences have a common root. So, there remains unity underlying all diverse existences. It implies that the world is a unified organism, where no individual existence has a reality independent of the whole. Water flowing down a snow bound mountain creates ground for live existence all through its run till it meets the sea. Water evaporates, turns into cloud and then rains back to recharge our water resources. This way, life keeps running in succession. Trees and plants regulate our weather cycle. The animals and other species too keep discharging their assigned role towards sustained run of the life cycle. And, it is the collective effort of all that keeps life cycle going on.

The above concept has been beautifully explained in Kathopanisada and Bhagavad Gita through the simile of an inverted Asvata (Banyan) tree. The root is directed towards unseen domain in the higher realms of the cosmos. It implies that life mechanism is rooted to an incomprehensible eternal primal source, but for which no existence is possible. The trunk of that huge tree, with all its branches, twigs, and leaves, turned downward in perceptible domain represent the living world. Leaves dry up periodically making way for emergence of fresh leaves. Similarly, life cycle keeps running in succession. If ever you pluck the leaves, break a twig or branch of the tree, they will become lifeless. They remain live so long as they are a part of the main tree.

Even modern science carries similar perception, as would the observation of an acclaimed Australian physicist, Paul Davies mean: “For a naïve realist, the world is a collection of objects. For a quantum physicist, it is an inseparable web of vibrating energy patterns, where no single component has a reality independent of the entirety, included in the entirety is the observer.” If you look at the energy principles of creation, you may realise that all existences with name and form have come into being through play and interplay of energies sourced to the nature. Even a human being with solid body frame, when seen at the subatomic level is nothing but a web of energy patterns. Here, I wish to add another scientifically established fact: Energy particles having a common source are in immediate and intimate connect with each other no matter how distant they are. And since the energies manifesting into the living world are all sourced to a ‘Singularity’, as both the Vedic and Scientific perception stand, all existences are interconnected at the energy level. The obvious implication is that if there is some disturbance at one end of the world, its resonance will be felt far and wide. No wonder, the coronavirus that erupted in Wuhan in China, has been mocking at the financial and scientific might of the so called modern world of today, with no end immediately in sight. The present pandemic has shown its repeat pattern after 100 years to remind us once again, that we need to remain conscious about our collective obligations even while pursuing our individualistic aspirational urges.