Astroturf : Better to be practical than perfect

Astroturf : Better to be practical than perfect 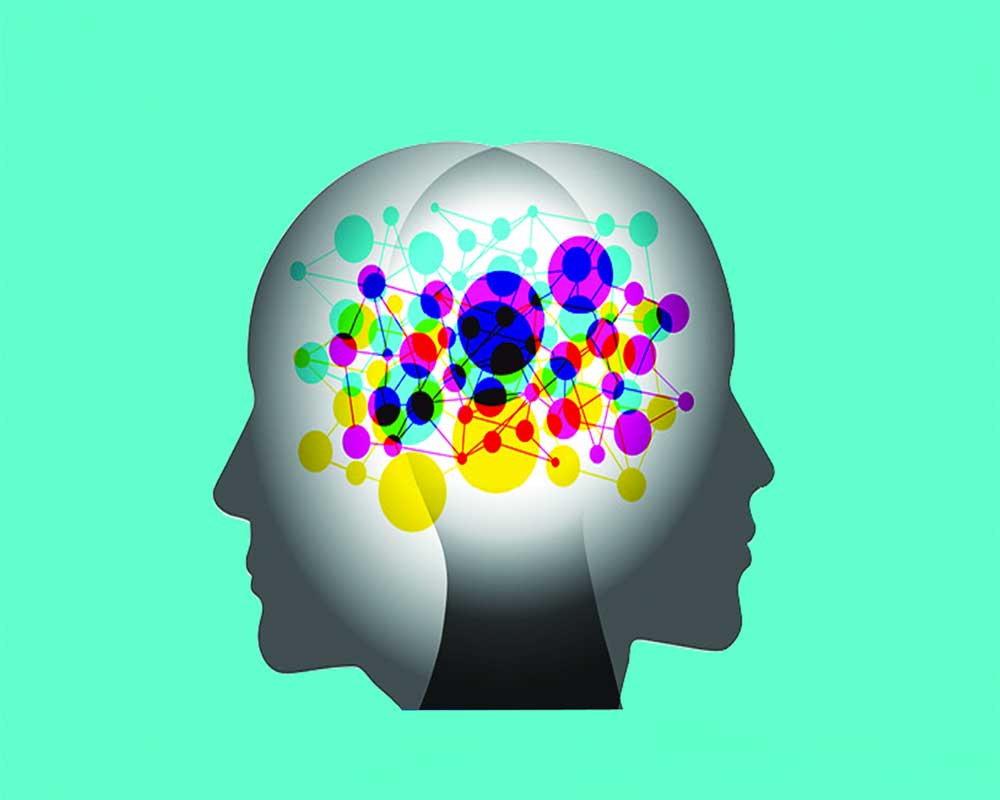 There was self-created disorder at the ‘Primal source’, earlier in a perfect equilibrated state, which when gravitated, differentiated energies got excited. Immediately thereafter began harmonisation of those energies, which following a course of progressive evolution, culminated in the manifestation of plural world with all its enormity and diversity. As the cause permeates the effect, the imprints of both order and disorder find presence in our cognitive instrument. Given a trigger either of the two or both could come into play, which primarily depends on how individual mind is inherently framed. It is pertinent to note here that human beings are born unique, each manifesting varying mindset and desire trends, coming as they may as Karmic carryover from the past. Evidently, it varies from person-to-person depending on what short of experiences one would have undergone in the past. So, we are all born with a preconditioned mind, which serves as defining principle of individual mind. The way it is framed is how one acts, reacts, or responds.

In many cases, it has been observed that the ‘sense of order’ is overplayed. Such characters are often found to have a perfectionist attitude. They wish to be perfect in all their endeavour, precisely to a point, of course, on their self-defined terms, which may or may not be in sync with ground realities. More often than not, they remain stuck to their self-delusional perceptions, and not open to look beyond for a reality check. Until pushed to the wall, they will keep pursuing their line of thinking. By the time they realise, the damage is done. They wish to go about in life on their own exclusive terms. They can’t digest anything happening to the contrary. They evaluate others by his own measures, not realising that everybody is born unique. That often makes it difficult to relate to others on even terms. In search of perfection, they go overboard, rejecting options available one after other. In the process, they fail to make timely initiative, and when they are left in the run of life, they resign to fate. Else, they hunt out those who may promise extra-terrestrial intervention through some belief driven puja.

Here is the case of a person who wished his wife to be perfect. His continued sermons on what to do or what not pushed her off so much that she finally broke off the marriage. Later, when he started looking for a prospective partner, none would fit into his long check list, so thirty years now but with no result. Speculating salary hike in future as was the trend in a growing economy, he opted for housing property beyond his means, ignoring the advice and counsel of elders. As the economy took a down slide, his career growth trajectory got adversely affected. He then realised that he could no more service debt. Even in terms of works, he may not accept an offer till all his preconditions are met. As the economy took a downturn, he lost his job, and thereafter he has been without job for long.

Let us now look at his astrological pointers. Gemini Lagna with mind-signifying Moon there, brings in the tendency to live on one’s own exclusive terms. He may go by his self-defined beliefs and perceptions. So long as you sing his tune, you remain the best friend. The moment you offer a contrarian view, he may immediately get put off. Also, he has a vacillating mind.

Jupiter in the 5th house brings in a perfectionist streak. Moon favourably placed to Neptune brings in a very fine taste. Saturn beautifully aligned to Uranus makes him serious and thorough in work, with an eye on even finer details. He can’t agree to anything until it fully satisfies his taste.

But then Moon is opposite Venus. If that would not be enough, the Sun too is locked in adverse formation to Venus. All put together makes him too much emotionally touchy and sensitive. He may get over exercised even on trivial issues not to his taste, which he may overstretch beyond due and keep mulling over them for long. In the process, often his priority preferences get compromised. Added to that is 9th lord Saturn placed adverse to mischievous Neptune and Mars, which makes him self-deluding and moody. Also, it makes him habitually suspicious. Once he gets vexed, he may lose his sense of reasons and order. On top of that is a cluster of 5 planets, which makes him a very complex character. And the result is there to see.