What Does Being Gay Mean in Gay Bombay?

What Does Being Gay Mean in Gay Bombay? 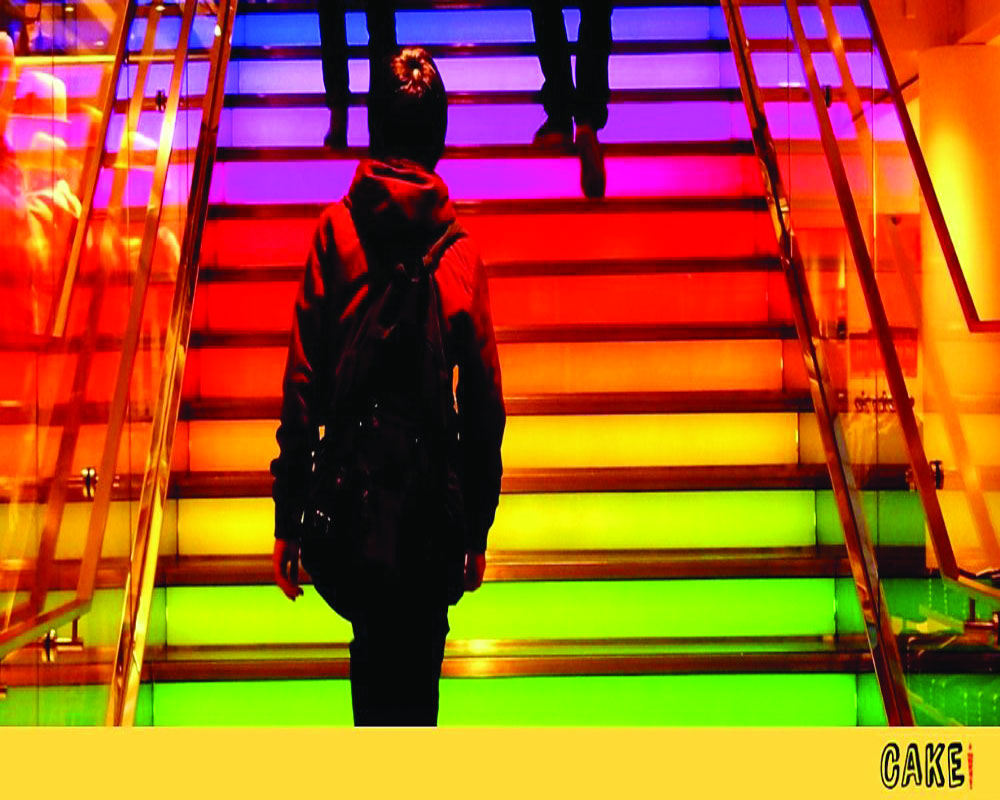 As queer citizens all over India join others across the world in celebrating a very atypical Pride Month,Parmesh Shahani reflects on how the world has changed so much between when the first edition of Gay Bombay came out in 2008 and now, when this revised edition is out. An edited excerpt:.

Large numbers of Asian men and women continue to live within the ‘traditional’ spaces for gender or sex difference and to understand themselves and their lives in ‘pre-gay’ terms that often relate more to the pre-industrial rural pasts of their societies than to the post modernizing urban present. However, there are also large numbers of men and women who are reacting against what they see as the historic constraint on homoeroticism in their respective societies and who are actively engaging in relocating homoeroticism from the shadows and the periphery, to the centre stage of their lives. (Jackson, 2000)

I encountered two opposing conceptions of homosexuality among my interviewees. One version equated homosexuality with being gay; this camp wished to assimilate and appropriate the term within the Indian context, recognizing fully well the unique set of circumstances within which this would take place. For them, social interaction was the key to building a sense of gay community in Bombay, but they recognized that cutting across class and gender norms may be a problem within these kinds of interactions. The other version of homosexuality I encountered questioned terms like gay and deemed them Western imports and negative influences and preferred to use gay as just one term, alongside indigenous terminology such as kothi or functional terms like ‘MSM’. They were interested in social interaction across class norms, an assimilation of the various LBGT identities that exist in India and were also concerned with issues such as HIV/AIDS. Proponents of both these views used the gay Bombay newsgroup as well as real world events like parties and meetings as a battleground for their respective ideologies. The archive facility of the Gay Bombay newsgroup provides a fascinating and rich look at their debates as they have played out through the volatile posts over the years.

However, this is not to suggest that these were the only two positions that my respondents adopted-as we have seen in Chapter 7, there existed a variety of other stances that were sandwiched between and around these two prominent takes on the nature of Indian homosexuality. Many of these included reconciliatory stances advocating a middle ground, which echoed Shivananda Khan’s (2000) line of reasoning that ‘to say gay is appropriate and right. But at the same time to denigrate or deny other frameworks of identities and choices is not...’.

Let us stop seeing a debate that pits those who work for gay rights and those who work in preventing HIV/AIDS, among men who have sex with men, against each other. Let us work together, whatever our own frameworks and priorities and recognize that in a region of over one billion people there is space for everyone to work out their destinies. (Khan, 2000)

Indeed I find it difficult to look at things in black or white after my experiences in the field. What people said often contradicted with what they did and people’s views changed over the course of my research. Take the case of Harbhajan to whom being gay was ‘just sex, over and out’ and who was also married to a woman who was aware of his sexual orientation. I observed him at several GB events and he was an intrinsic part of the organizing committees for these. It was clear that he experienced his sexuality as something much more than ‘just sex’. He felt a part of the community and there was camaraderie between him and others. Or Bhuvan, who clearly told me that he was not willing to shout out in public about his sexuality. Two years later, he was one of the lead panelists at a CNN talk show, openly discussing his life as a gay man on television!

For the gay identified respondents, being gay signified different things to each of them. For some gay just represented their sexual desires, for others it was a political statement or a social identity. Many respondents felt that it was a state of being or a way of life, while some spoke of it as an emotional commitment to other men. For all of them, the common element about being gay was the imagination of themselves as gay, in whatever way they wished to articulate this imagination. It was fascinating to meet someone like Nachiket, for example. He was married with kids, had never had sex with another man, but still described himself as gay, because he imagined himself so.

Many respondents felt that they were bound by the contract of silence and that being discreet about their sexuality was the pragmatic thing to do. Within this silent space, they found society to be pretty flexible and accommodating with regard to their sexuality. Some, citing responsibilities towards their parents, families and society, had either chosen to get married, or were contemplating doing so in the near future. As Vanita (2001) writes, this is typical in India — The parental family remains a major locus of social and emotional interaction for adults. There are few public places where people can comfortably interact, so friends are entertained at home and absorbed into the family or turned into fictive kin. The family is also the only form of social security and old age insurance available to most people. This means that heterosexual marriage and parenthood hold many attractions even for homosexually inclined people. Many deal with the dilemma by marrying and then leading a double life.

For these married men, or soon to be married men, marriage did not indicate a change in their sexual identity. They were clear that their marriage was an obligation, but that their sexual gratification would continue to rest with men, even after marriage. There was very little sensitivity ex- pressed towards the feelings or desires of women in these worldviews.

Other respondents were avoiding marriage and devising means to negotiate what was best for them. For some of these individuals, this meant coming out, for others it meant discreetly fighting for what they felt was important and making creative compromises to attain their goals. But for all respondents, there was a constant reflexivity- an acute consciousness of their thoughts and actions vis-a?-vis their sexuality.

Overall, I think that to be gay in Gay Bombay signifies being glocal; gayness here stands for Indianized gayness. So, one might dance in a Western style disco anywhere else in the world, but one can only munch on a post-dance jalebi in India. My respondents wanted to selectively draw on a buffet of Indian and western influences in conjuring their own thali of gayness! Most of them, even those who had access to the El Dorado of abroad, still wanted to configure their gay experiences within an Indian matrix. As Cholan said, hanging out in the Castro was not important, but coming back home and being with his father was. Even for the younger Gul, travelling to America opened his eyes to Queer as Folk and gay strip bars, but he used the experience to be more confident in India.

Gay Bombay is certainly inspired by Western notions of what it means to be gay-its dance parties, PFLAG style meets, website and so on, have all drawn from Western experiences; but they have been customized, glocalized and made uniquely Indian, uniquely Gay Bombay. Thus, as I noted in Chapter 3, even though I talk about flows throughout this book, I do not want to diminish the agency of my respondents or their locatedness in Bombay itself. For Gay Bombay, as I have realized, place does matter and this is true both offline and online, where even though it is a virtual world, it is still a manifestation of Bombay and Indianness at large.

“When the book first came out, it was anthropology but now I think it can be read as a slice of queer history. As you can see in this excerpt below, even 12 years ago, members of the group were contesting ideas around queerness and Indianness, and I read these discussions alongside the other rich activism that was happening in the country then, and also as precursors to the intersectional queer projects that have followed over the years. In the preface to this book’s new edition I ask the question — what kind of world are we going to create together now that Section 377 is gone but we have a regressive trans act? How do we find the connectedness between trans rights, Dalit rights, Adivasi rights, and the rights of other minorities and move ahead together? Can we recognise that the #blacklivesmatter struggle that is going on all around the world, is also connected to our queer struggle? I am glad to see how many young queer projects in the country are about intersectionality. This Pride month, I sincerely hope that the queer movement in our country galvanises around the important issue of the regressive Trans Act, the same way as it did around 377. There are so many other laws that need to change in future. A lot of work ahead, and this pride month, I invite all our country’s straight citizens to join us queers in creating a more inclusive India together.”