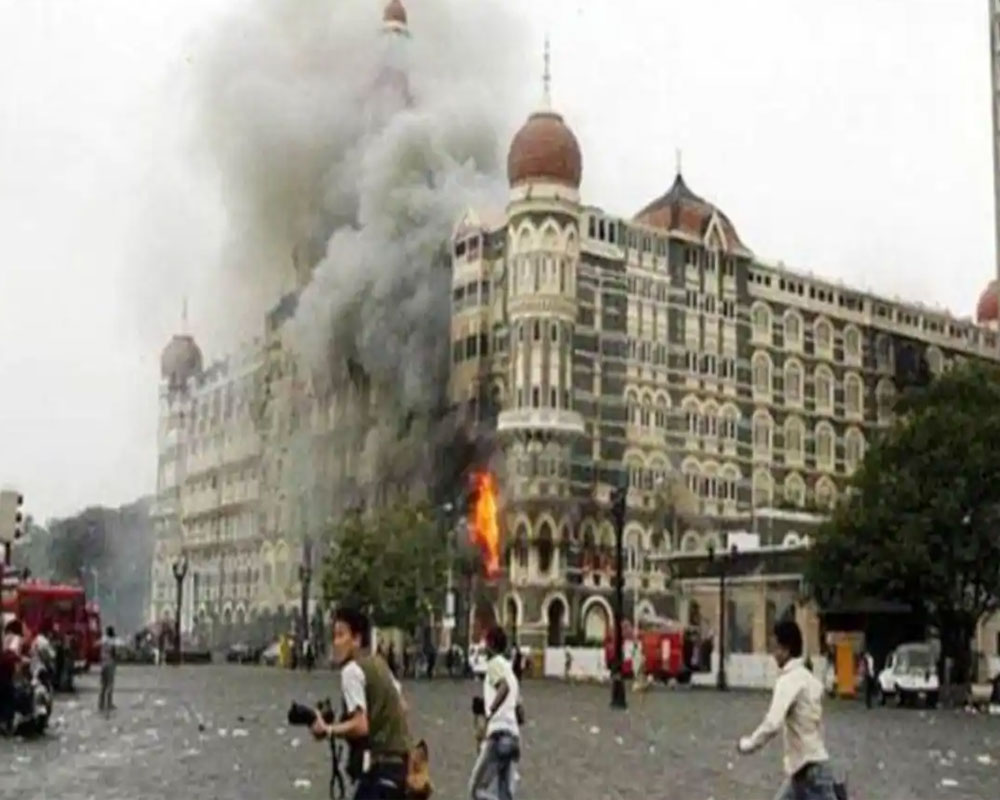 Actors Akshay Kumar, Abhishek Bachchan, Urmila Matondkar and others on Thursday paid tributes to those who lost their lives in 26/11 Mumbai terror attacks on the occasion of the 12th anniversary of the carnage.

On November 26, 2008, 10 Lashkar-e-Taiba terrorists from Pakistan arrived by sea route in Mumbai and opened fire, killing 166 people, including 18 security personnel, and injuring several others during a 60-hour siege in the city.

Taking to Twitter, Kumar said that 26/11 is a day Mumbaikars will never forget.

"My heartfelt tribute to the martyrs and victims of the #MumbaiTerrorAttack. We will forever be indebted to our bravehearts for their supreme sacrifice," the superstar tweeted.

Matondkar shared a collage of the martyrs and wrote citizens will remain grateful to those who laid down their lives saving others.

"Heartfelt tribute to martyrs and victims of 26/11 #MumbaiTerrorAttack. Salute to strength and resilience of people of #MumbaiCity.  Eternally grateful for your supreme sacrifice and you are forever in our hearts," the 46-year-old actor tweeted.

Actors Ranvir Shorey and Raveena Tandon also prayed for the victims and martyrs of the attack, saying they will never forget their sacrifice.

"Never forget. Prayers for all who laid down and lost their lives on the day," Shorey wrote.

Actor Randeep Hooda shared a video of the Bomb Detection Dog Squad of 26/11 attacks, which helped trace several live bombs and RDX during the terror strike.

"12 years of #MumbaiTerrorAttack! While the martyrs and victims will never be forgotten, here's an ode to the pawsome gang, which is a reminder that not all heroes wear uniforms," Hooda tweeted.

Nine terrorists were later killed by the security forces, including the National Security Guard (NSG), the country's elite commando force.

Ajmal Kasab was the only terrorist who was captured alive. He was hanged four years later on November 21, 2012.