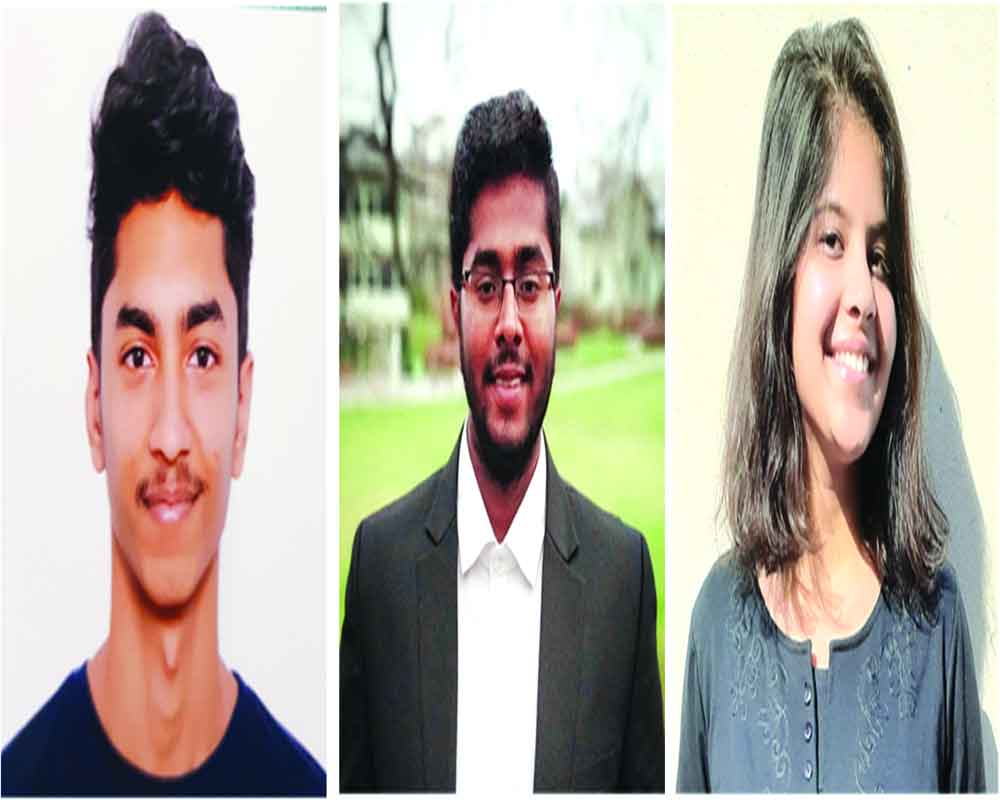 The team of next-tech lab of SRM University, Andhra Pradesh, has brought laurels to the institution by winning three hackathons in a row.

During the lockdown, while some devoted their time to newfound hobbies, the young researchers successfully developed a fresh multiplayer virtual reality game called ‘Whack A Mole’ and a cloud-based multiplayer FPS in Virtual Reality called ‘Desert Shooter’. The three-member team has successfully bagged the second prize in the International / Professional Award at SKYHacks2020; Best echoAR Hack at Silicon Valley Hacks; and Best AR/VR hack at HackNow, organised by Cal Hacks, a non-profit organisation at the University of Berkeley, California.

When asked how the idea of making such a game crossed their minds, Epperla Karthik, a second year student of Computer Science and Engineering, said, “My family loves attending tradeshows. Every time we attend any, my father and I challenge each other to win a game of Whack A Mole. But due to the strict quarantine that we are following, it’s been a while now that we exchanged such challenges. My teammates and I, being gaming and virtual reality enthusiasts, decided to develop a VR version of the game.”

‘Whack A Mole’ is a multiplayer virtual reality game that allows users to play against the computer or their families or both. One can use it both on iOS and Android. It is built on Unity3D, on top of Photon PUN and GoogleVR SDK. It is also integrated with Google Firebase. “This is the first time we have worked on developing virtual reality games and networking. As we had to run the game on our phone to record the gameplay, the output video on YouTube is a bit blurry,” explained Khushboo Sharma, another member of the team and a second year student of Computer Science and Engineering. “We completed the development of the game in approximately 20 hours, beginning from the scratch. We developed a few of our own UI elements and game assets. I feel the User-Interface of the app and the effects are pretty cool. VR development is real fun. Moreover, there are a lot of API and SDK that unity supports,” exclaimed Koushik Bhargav, a third year student of Computer Science and Engineering and the third member of the team.

The team has plans to make this game to be a cross-platform game. Therefore, their next plan of action is to develop its web version and give the users an immersive experience.

‘Desert Shooter’ is another multiplayer virtual reality game developed by the team that allows users to play against the computer or their families or both. You can connect with your friends and play together. The game consists of a swarm of robot ships moving towards you and you have to protect yourself from them. “The interesting part is that all of this happens in mixed reality, which makes the game immersive. We built it on Unity3D, on top of Photon PUN and GoogleVR SDK, Echoar. It is also integrated with Google Firebase and the assets are stored in echoar cloud. This project won the best AR/VR hack at ‘Hack: Now’ which is organised by the University of Berkeley, California,” said Epperla.