A lesson in the Gyanvapi case

A lesson in the Gyanvapi case 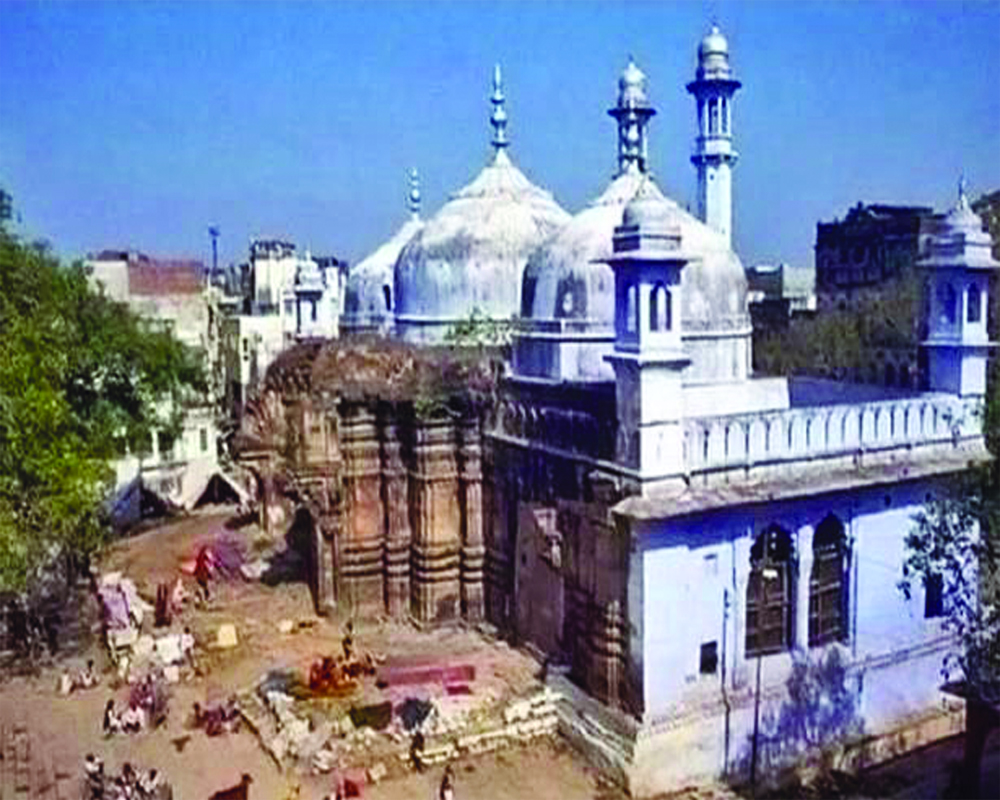 The Kashi Vishwanath temple was destroyed by Aurangzeb. So, changes to Gyanvapi mosque as per facts mustn’t rile anyone

It was 1927; one Abdul Rashid murdered Swami Shradhanand, the successor of Swami Dayanand Saraswati, in his sickbed. The killer was arrested and tried. The British Government then had no qualms about the religions of the two men. Jawaharlal Nehru’s friend Asaf Ali, a distinguished advocate, took up Rashid’s brief. The court, nevertheless, sentenced him to death as it was a cold-blooded murder. The janaza (funeral) was attended by thousands of Rashid’s sympathisers but there was no riot or communal disturbance. Had any riot taken place, the Government would not have flinched from suppressing it. If the British were inclined to be soft, they could not have ruled an Empire for 190 years. That Empire had 40 crore Indians, with the white men from the British Isles being never more than one lakh.

Take the case of Ayodhya. The All India Muslim Personal Law Board eventually lost its long litigation in the Supreme Court; not a single Muslim stabbed a Hindu. In Ayodhya itself, everyone favoured the temple, including the local Muslims, on the grounds that it would vastly increase the number of inbound pilgrims and the city’s economy would flourish. If at all any violence took place, it was because of the firing earlier by Mulayam Singh’s police in 1990. The Mulayam regime resorted to indiscriminate shooting, not sparing even boys. No violence occurred owing to any mischief by a Muslim. It has been my consistent experience that when confronted with facts, most Muslims are willing to accept them. A member of the AIMPLB confided to me that the Board contested the Ayodhya issue in the courts for so long merely to stall the Hindus’ demands on other temples-turned-mosques.

Some years ago, the chief of the Jamaat-e-Islami visited Delhi for a few days and happened to spend a couple of hours at my place. His explanation for Islamic conquerors replacing temples with mosques was that they wished to declare to the area that a change of regime had taken place. A Hindu raja had been replaced by a Muslim sultan or badshah. In response, I asked that when a Hindu Prime Minister takes over in a Hindu-majority country, would it be fair to reverse the situation? Should not the mosque be replaced by a temple? Again, as a true Muslim, the Jamaat chief promptly replied that if it was the PM’s and his people’s desire, so be it.

In 1961, while delivering the Azad Memorial Lecture, British historian Arnold Toynbee, especially invited by Jawaharlal Nehru, said: “In the course of the first Russian occupation of Warsaw, the Russians had built an Eastern Orthodox Christian Cathedral in the city that had been the capital of the once-independent Roman Catholic Christian country, Poland. The Russians had done this to give the Poles a continuous ocular demonstration that the Russians were now the masters. After the re-establishment of Poland’s independence in 1918, about 100 years later, the Poles pulled down this cathedral. I do not blame the Polish Government for having pulled down the Russian church. The purpose for which the Russians had built it had been not religious but political, and the purpose had also been intentionally offensive.” Before reaching Delhi, Sir Arnold had taken a boat ride on the Ganga and had noticed Aurangzeb’s mosque on the bank with two tall minarets. He said at his lecture that he was surprised that this mosque was standing even after the Partition of India.

To come back to the point, should not a crime be punished commensurately? If the criminal had got away at the time of commission of the crime, should he not be apprehended and punished when it is possible to do so later? If the wrongdoer has passed away, at least the act of crime should be reversed. What is the meaning of justice otherwise? And where would be the rule of law? Since 2014, quite a few intellectuals have been protesting that democracy in India is in danger and that liberals have no future here. Well, here is their opportunity to firm up democracy whose first foundation is the rule of law. One only has to read the Magna Carta of English King John, 1215 AD.

Some scholars have expressed the fears of communal riots. How many riots have taken place since 2014? It is true that recently there have been a few skirmishes in Bangalore and there was a major riot in northeast Delhi when President Trump was on a visit to India. Otherwise, the scorebook as far as riots are concerned has been negative over the last seven years. In any case, how can a court of law or a Government shun the enforcement of justice merely due to the fear of riots?

It is well recorded that the Kashi Vishwanath mandir was destroyed on the orders of Aurangzeb after his crowning. Fortunately, a portion of its front has survived as part of the masjid. Where people now worship Lord Shiva was built by the great Holkar Queen Ahilyabai in the 18th century. If, therefore, the Gyanvapi mosque underwent some changes according to historical facts, no Muslim would have any objection.