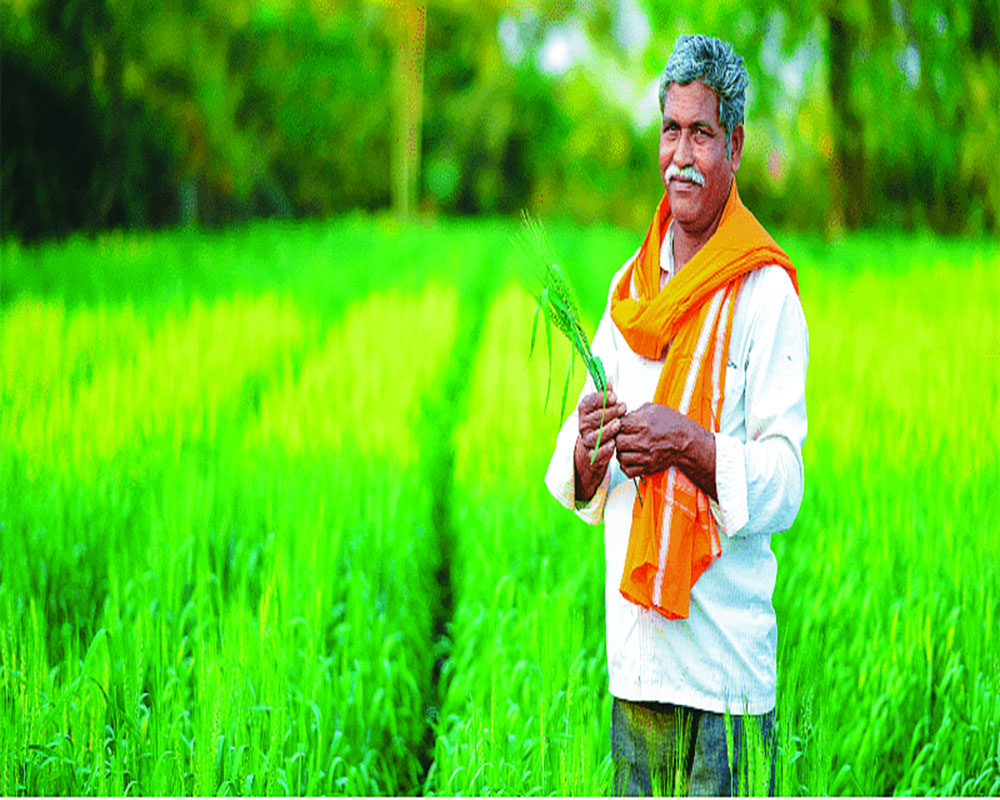 Uttar Pradesh has turned the tide towards development in the last four years, emerging as the growth engine of the nation

Completing four years of our solemn pledge to meet the aspirations of the 24 crore people of Uttar Pradesh (UP), I feel that our services for the well-being of the State and its people have encouraged us to continue doing good work. It’s my firm belief today that it is not difficult to achieve your goals by working with dedication, honesty and purity of intention.

A year of intense struggle with the COVID-19 pandemic has passed. It has been a great learning experience. I remember the day of the “Janata curfew” when the President and the Vice-President spoke to me on the phone and collected information about the State’s preparedness in the midst of the deepening crisis. They were concerned about how UP would cope with the global pandemic with its weak health infrastructure, dense population and geographical diversity. Nevertheless, I assured them that UP would do its best to contain the virus and we eventually did. Strictly following Prime Minister Narendra Modi’s “testing and tracing” mantra, we moved on with a well-defined strategy on the ground to contain the virus on the one hand and save lives and livelihoods on the other. Both the residents and migrants have been taken care of during this crisis. We were sensitive towards the problems faced by our migrant workers in the metros and tried to help them as much as we could. We also tried to help the workers from other States while fulfilling the needs of UP’s residents. It gives me immense satisfaction to say that every section of society unitedly fought the epidemic. The COVID management by UP was appreciated globally. And it won’t be an exaggeration to say that the pandemic has seen the emergence of a new, vibrant UP on the national platform.

Uttar Pradesh is committed to contributing substantially towards the Prime Minister’s vision of making the country a $5 trillion economy through self-reliance. In this context, the manner in which the Balinee Milk Producers Group, formed by the women of Bundelkhand, has achieved a turnover of Rs 46 crore and a profit of  Rs 2 crore despite the pandemic, is truly inspiring. Many such innovative efforts by the State’s youth and women are becoming the foundation for realising the dream of a “self-reliant UP”.

As UP takes rapid strides towards self-sufficiency, it is noteworthy that 40 lakh families got houses and 1.38 crore got electricity connections in just four years. Besides, work on the optical fibre network in the countryside is taking place on a war-footing. The basis of our rapid progress is our solid effort to establish world-class connectivity. Also, zero tolerance on corruption, a transparent work culture and robust law and order have created a conducive environment for business and development. The result is that UP is the first choice for the investors today. Within four years, the State has risen to number two in the national ranking of “Ease of Doing Business”. The per capita income in 2015-16 was just Rs 47,116, which has risen up to Rs 94,495 now. On the basis of GSDP, UP has emerged as the second largest economy of the country.

Four years ago, our Government’s journey of public welfare started with the waiving of farmer loans. Today, our growers are moving towards agricultural diversification by connecting with advanced technology. We are leaving no stone unturned to reduce their costs and double their income. The State Government has completed several irrigation projects that had been pending for decades. We have made a record payment of Rs 1.27 lakh crore to the sugarcane farmers to date. The prosperity of farmers is one of our top priorities.

Our policies are clear in terms of both faith and economy. In our policies, both expressions have a parallel movement. Today, I am glad to report that cultural nationalism illuminates the heart of every believer in UP. The ‘Ganga Yatra’ helped fulfill the objectives of both faith and economy. Similarly, the much-awaited laying of the foundation stone for the grand Ram temple in Ayodhya took place in 2020. Our Government’s vision is to present Ayodhya as the meeting point of the Vedic and modern cultures on the global stage.

The Prime Minister has shown us the path of “Sabka saath, sabka vikas, sabka vishwas”. As our Government completes four years in office, I am happy that we are religiously following this path. Our political opponents also believe that there has not been a single case of discrimination in the last four years on the basis of caste or religion.

Some time ago, when we called UP a State of possibilities, some people mocked us saying that nothing could happen here. But today, the dreams of the State are coming true due to our determination to do the larger good. The last four years have witnessed the emergence of “New India’s New UP”. Four years ago, the State, which was known as a BIMARU State both within the country and abroad, is setting examples of progress for others to emulate. The State is the same, the resources and the workers are also the same, but the work culture has changed.

This committed, transparent work culture with dedicated spirit is the hallmark of this new UP.  No matter how big the challenges are, no matter how difficult the road may be, this eternal journey in the larger interest of the people will continue.

(The writer is the Chief Minister of Uttar Pradesh.)