The ‘high command' diktat in Punjab

The ‘high command' diktat in Punjab 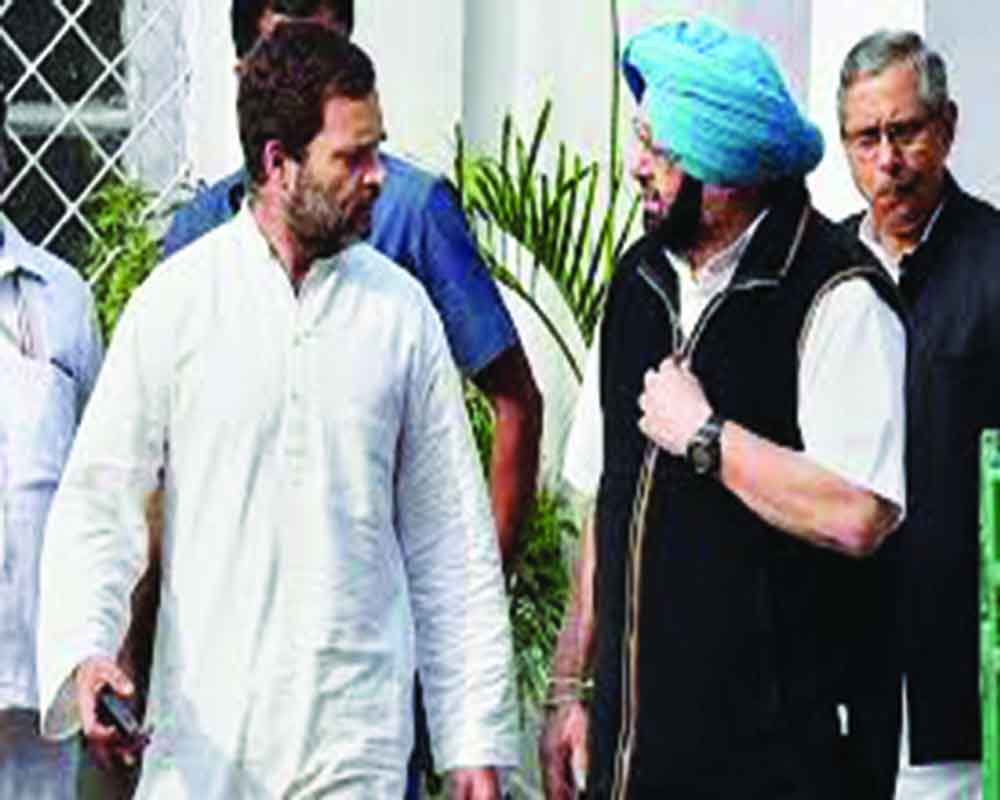 After months of suspense, Punjab chief minister Captain Amarinder Singh has been replaced with Dalit leader Charanjit Singh Channi this week. Punjab being a border state affected by militancy in the eighties, anything happening in there is sensitive. The change could have been smoother, but the high command in its wisdom decided to change the guard just months before the assembly elections.

While three months ago, it was a sure shot that Congress would win Punjab because of the weak opposition but the Captain's exit might change the situation. The new chief minister has many challenges before him and he is only a stop-gap arrangement.

One of the prominent practices that Indira Gandhi conceived and practiced throughout her leadership was the ‘High Command’ concept in the party set-up. During Jawaharlal Nehru's time, Congress had no high command because there were other, equally solid national leaders like Patel and G.B.Pant.

Indira Gandhi installed or removed her party men in influential positions as and when she wished. An old Congress leader recalls how she would call the chief minister she intended to sack and convey her decision, saying: “There is no hurry, you may resign today or tomorrow. Take your time.”  That was the indication for him to quit.

Rajiv Gandhi too followed the high command culture, but the party was strong then. Even during the UPA time, Sonia Gandhi followed this tradition.

One wonders why Congress might want to destabilize the few states where it is comfortably placed. Both Rahul and Priyanka think that they can emulate their grandmother in dealing with the party. The party is not in power either at the centre or in many states. In such a situation, Congress high command needs to protect what is left of its turf. Indira Gandhi’s style of functioning will not work now. Rahul and Priyanka are impatient to change the old guard and replace them with younger faces loyal to them. Strangely, they openly side with the rebels in all the three Congress-ruled states seeking change. The result is more splits, more rebellion, indiscipline, and erosion in the party.

Solving one problem in Punjab has created other problems.  The echo of rebellion is also heard from Rajasthan and Chattisgarh.

In Rajasthan, the ‘Family’ openly supported the rebel faction headed by Sachin Pilot, but chief minister Ashok Gehlot had dug in his heels. Pilot was temporarily pacified, but his supporters are getting impatient.

Why is the Congress high command not as powerful as it used to be?  The simple answer is that times have changed and power equations have changed, and Congress is just living in its past glory. Sadly, the Gandhis have not realized that the power of the high command has been shrinking.

Congress faces a leadership crisis at the national level, with Sonia Gandhi acting as an interim president. Rahul Gandhi is the de facto ruler of the party, even after resigning his presidentship in 2019. Priyanka Gandhi is also emerging as a power centre, as is seen from the Punjab decision. The story of Punjab is the story of ascending power of the two Gandhis who persuaded their mother to change the Captain and replaced him with a weak leader. It is they who promoted the ambitious Navjot Sidhu who aimed to replace the Captain. The story is not over as Sidhu is still dreaming of becoming chief minister. The Congress gamble may or may not work in Punjab as the time is too short.

The moral of the story is that high command culture can be a success so long as the leadership is strong. It might have clicked with Indira Gandhi, but the present administration comes nowhere near her political acumen.  The same medicine does not work at all times.

The regional satraps like Mamata Banerjee behave in an authoritarian manner.

The BJP, too, has changed with the party adopting the high command culture.  For instance, the BJP has changed three chief ministers in Karnataka, Uttarakhand, and Gujarat in the past few months. Today Prime Minister Narendra Modi and his Home Minister Amit Shah are all-powerful. The BJP’s tactics are similar to the Indira Gandhi era. Ultimately it is the vote catcher who matters in any political party, which is why they succeed.