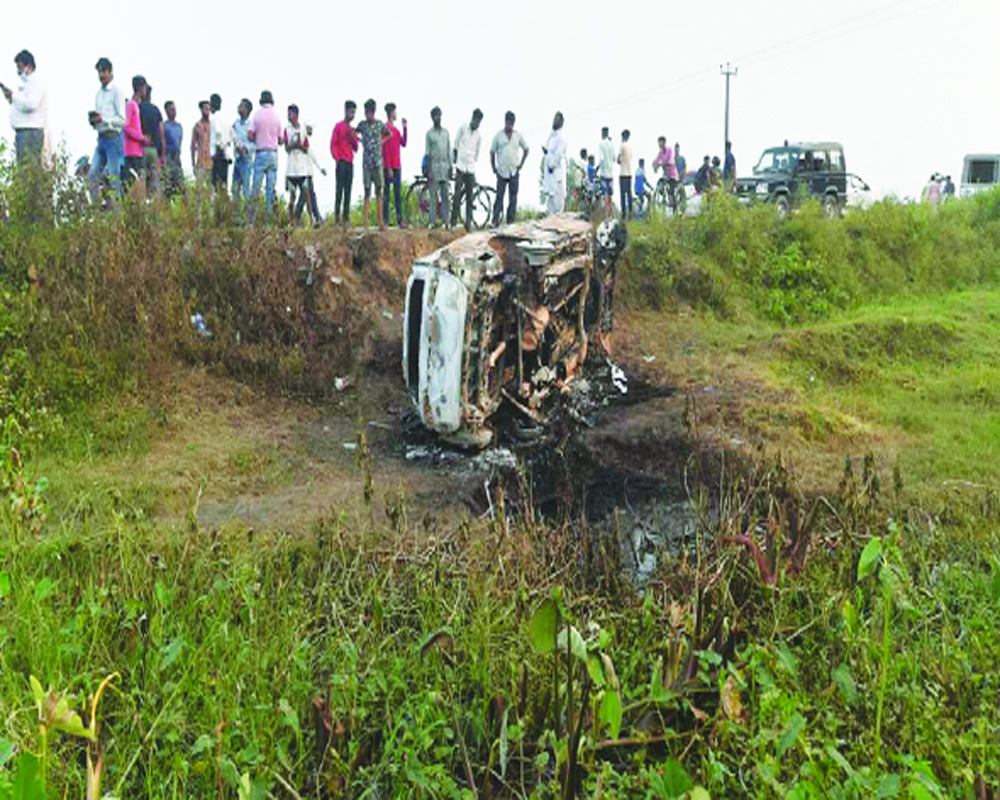 In politics, certain poignant moments give incredible support to the opposition parties and adversely affect the ruling party in a state. The Singur moment for Trinamool Congress chief Mamata Banerjee, former Tamil Nadu chief minister J. Jayalalithaa’s lavish spending on her adopted son’s wedding in 1995 for the DMK, the Belchi moment for Indira Gandhi, and Rajiv Gandhiji’s insult to Andhra Pradesh chief minister T. Anjaiah are some examples.

The recent Lakhimpur incident where eight people, including four farmers, were killed is one such moment that has come at a most inconvenient moment for the Uttar Pradesh chief minister Yogi Adityanath just five months before the Assembly polls. The Supreme Court has taken a suo motu notice of the incident as an added support for the opposition.

The opposition has been fanning the year-long farmer’s movement against the three farm laws passed by Parliament last year. The UP government has come into the firing line because of Yogi’s reluctance to take concrete action against the alleged culprits, including the Union Minister of State Ajay Mishra’s son Ashish, the primary accused. One of the four farmers was allegedly shot dead by the minister’s son. The others have been reportedly run over by the vehicles of his convoy.

Further, the decision of the UP government to detain the opposition leaders, including Congress General Secretary Priyanka Gandhi Vadra, Satish Mishra of BSP, and Akhilesh Yadav of Samajwadi Party, among others, has given a talking point to the opposition.

Former Congress chief Rahul Gandhi vented his frustration by tweeting: "All the institutions of this country have been hijacked by the RSS-BJP. While no action has been taken against the home minister’s son, there is a systematic attack on farmers of the country. Opposition leaders are not allowed to even visit Lakhimpur Kheri. Only in a dictatorship, such things happen." Many other leaders, including West Bengal CM Mamata Banerjee, Tamil Nadu Chief Minister MK Stalin, NCP chief Sharad Pawar, Chattisgarh CM Bhupesh Baghel, and others, also criticised the State Government.

The political fallout is likely to be heavy for the BJP if the opposition parties manage to sustain the Kheri movement until the elections early next year. Opposition parties and the BKU plan to intensify the agitation by building a narrative around the Lakhimpur Kheri violence. Samajwadi Party president Akhilesh Yadav has announced the party’s ‘victory rath yatra’ from October 12. BSP chief Mayawati has directed the party cadre to reach out to the farming community.

Secondly, the Kheri incident will emerge as a poll issue hurting the BJP, which won a massive mandate in 2017.  It also depends on how quickly the BJP manages the damage control before the polls.

UP is very crucial as the BJP won a massive mandate in 2017. The incident happened when Yogi was trying to take some pro-farmer steps such as withdrawing stubble burning cases and a substantial increase in sugar cane prices.  But the Kheri incident appears to have washed away the gains.  The UP Government has constituted a one-member judicial commission.

Lakhimpur is the largest district of UP’s Terai region with the dominance of the Sikh farmers’ community that settled there after migrating from Pakistan. It is 80 per cent rural, with most of the population surviving on sugarcane farming. The district is dominated by Brahmins, followed by Muslims and Kurmis among non-Yadav OBCs.

Thirdly, the farmer’s agitation is likely to spread to more areas.  Opposition parties and the BKU plan to intensify the agitation by building a narrative around the Lakhimpur violence. So far, it has impacted the UP border, but now it has spread to Central UP. Thirdly, the UP Congress has been looking for an opportunity for revival. The Kheri moment is one such that could help if Congress plays its cards well. The party has been out of power since 1989 and has a feeble presence in the State. The negative side of this is that Congress’ revival may hurt other players like the SP and the BSP, thus further dividing the Opposition parties. The impact would be dramatic if the opposition came together and planned a collective action against the BJP. Right now there are too many opposition blocks.

Fourthly, this is an opportune moment for the Gandhi siblings to prove their leadership. If they can improve in UP, their overall fortune might also become better.

The Lakhimpur incident will continue to be a developing story until the Assembly polls. Defeating the BJP depends on how the opposition plays its cards or it would be a self-goal.