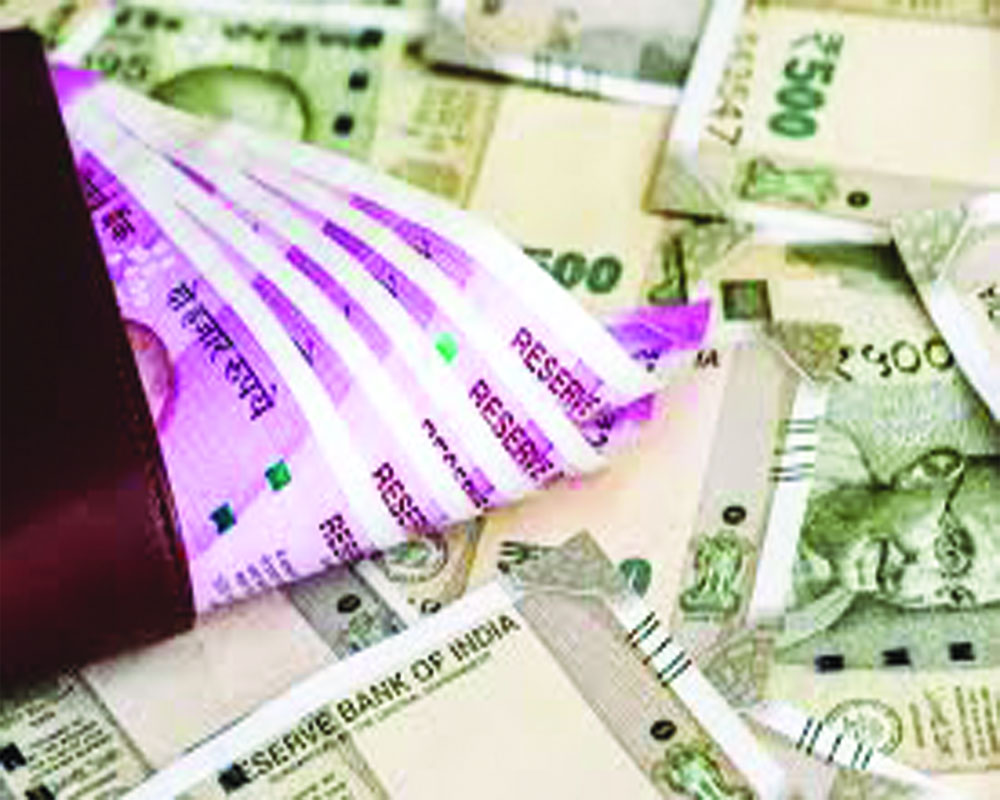 The Union Budget that is being declared today is more than a “Bahi-Khata (book of accounts)” and it outlines the vision of the Government. In addition to being a policy document, the Union Budget is a political document also because funds are allocated to various schemes which are aligned with the ideology of the ruling dispensation. In a virtual summit organised by the Confederation of Indian Industries, Finance Minister Nirmala Sitharaman  said that the current year’s Budget proposals would be like never before, in a way.

The International Monetary Fund (IMF) has projected a 11.5 per cent Gross Domestic Product (GDP) growth next year which will make India the fastest-growing economy. Although this double-digit growth will be primarily driven by a low base effect and real growth as compared to the pre-Covid level would be minimal, but still it is good from a sentiment point of view.

If we take IMF data as a base, then 11.5 per cent real growth would mean a nominal growth of more than 15 per cent and if we go by the historical data then tax buoyancy will be higher than nominal GDP growth. Even though revenue will increase but managing the fiscal deficit is going to be a tough challenge for the Government. This situation will put more reliance on non-tax revenues like disinvestment proceeds, dividend, spectrum sale and so on. However, past trends show that disinvestment targets are difficult to achieve. Selling profitable ventures will always raise questions over business valuations but the Government should at least consider getting out of the loss-making business.

Tax amounts locked up in disputes can be a gold mine for the Government if honest efforts are made. The Government’s track record in minimising litigation is very poor and this area needs adequate attention. Ill-executed ‘Sabka Vishwas’ and ‘Vivad se Vishwas’ schemes can be a good lesson and a fresh start should be made in this direction. On tax devolution to States, the 15th Finance Commission’s recommendations are not expected to materially impact the existing arrangement and, therefore, the Centre is relieved from this angle.

The economic impact of Covid-19 was primarily in the nature of a cash flow crisis and it is going to impact non-performing assets (NPAs) of banks. The Reserve Bank of India’s (RBI’s) financial stability report released in January has already indicated a steep increase in NPAs from 7.5 per cent in September 2020 to 13.5 per cent in September this year, in a baseline scenario and up to 14.8 per cent in a severe stress scenario. Fund allocation towards bank recapitalisation would be needed to withstand possible asset quality deterioration. The current fiscal situation may not allow the Government to recapitalise the banks out of the consolidated fund and, therefore, issuance of specific bonds should be considered. Interest pay out is the single-largest component in the budgetary outlay and despite all good intentions to manage this, the current health crisis will compel the Government to overlook this in the Budget. A developing nation needs capital for economic prosperity and even though India received record Foreign Direct Investment (FDI) in the current financial year, it must be highlighted that most of it has gone to brownfield investments. FDI cap should be increased in sectors like life insurance, construction, aviation and so on, with appropriate safeguards.

Apart from placing a bid for foreign capital, the Finance Minister should also consider steps to boost the savings-GDP ratio which has gone down to 29.1 per cent in 2019. Domestic savings play an important role in the capital formation cycle and increase in deduction limits in Chapter VIA of the Income-Tax Act, more particularly under Section 80C will help in this direction.

The Government has provided various tax incentives to the corporate sector and cuts announced in September 2019 have already reduced corporate tax rates to a large extent. However, the intended objectives of this tax cut were not achieved and we haven’t seen investment surge primarily due to the existing surplus capacity and fall in demand.

The budgetary proposals should provide the much-needed relief to the middle class and put more disposable money into the hands of the common man to boost consumption. To put things in perspective, small businessmen/professionals are also getting benefits of presumptive taxation and their effective tax rate is much lower as compared to the salaried class.

On the tax mobilisation part, the Government should consider taxing the money market and currency transactions. A cess like “Tobin Tax” should be introduced and relief should be given to the salaried middle class. The Government should also evaluate prospects of allowing tax consolidation of group entities in India to avoid multiple compliances.

The Government has already eased residency norms for individuals stuck in India due to flight restrictions and a similar clarification should be given for corporate residency under Place of Effective Management (PoEM) Rules. If senior management of an outside company has spent considerable time in India due to flight restrictions, then it would be unjust to tax the foreign company under the PoEM Rules. Clarificatory amendments should be made to address concerns related to the equalisation levy but the levy per se must continue.

The corporate sector has already got due attention in previous budgets and now it’s time to give much-needed relief to the salaried middle class. Hope the Finance Minister can do that in today’s Union Budget.

The writer is a chartered accountant and public policy analyst. The views expressed are personal.