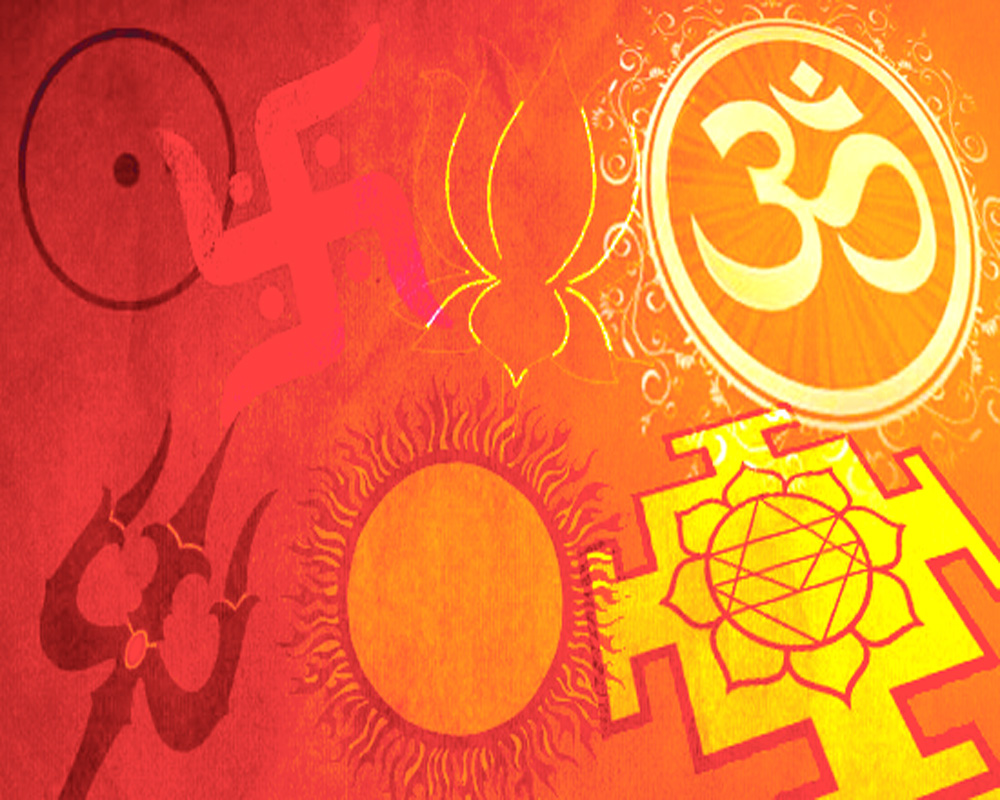 In response to a discussion on Contextual Meditation, many readers raised two questions. First, they asked a detailing on the educative import of Indian symbolism. Second, “Vedanta subscribes to a formless and attribute-less God. Then how comes, the concept of form God came into circulation? Don’t you think they are contradictory?”

For answer, excerpts from my book: “God or No God, Awareness enriches life” becomes imperative. Symbolic imagery is a working tool in Contextual Meditation. So, without explaining their educative import, the lesson on Dhyana will be incomplete. But, Vedanta hypothesises a singular formless and attribute-less Primal-Source where from the creation chain took off. Majority of the belief driven people, however, keep visiting temples, having different deities (form-God) in the sanctum sanctorum, seeking boon for fulfilment of their desires. They are so much revered that a specific date is dedicated to each of them in the annular calendar for special remembrance.

How can both the concepts simultaneously hold ground? Seemingly, it is difficult to reconcile. A deep reflection on the two concepts, however, will reveal that they serve two different purposes their respective ways. Vedanta refers to that eternal reality to which the whole manifest world is rooted. The form-God concept, on the other hand, has a purposeful contextual relevance. Every symbolic imagery carries valued educative import vital to orderly human conduct. Say, for instance, the imagery of Goddess Saraswati offers lessons on how to pursue the learning process so as to acquire wisdom. Lord Ganapati’s image sets the terms of becoming worldly wise. Goddess Durga offers lessons in how to overcome dual propensity evident in energies driving us. Remember, energy is like a double-edged sword, carrying equal potential of being judiciously employed towards productive applications or being misdirected towards destructive ends.

Bear in mind: Ancient India’s learned masters were communicators par excellence. They could say a great deal through imageries and story lines associated with them in simplistic terms, overriding all linguistic and intellectual barriers. And they must have had strong artistic sense also to have intuitively conceived these imageries of practical relevance. In order that these imageries find immediate appeal of emotionally oriented people of the yesterdays, the seers would have accorded them with the status of deity — form-God. The divine element having been added to the imagery would call for focusing attention on them in a prayer mode. In prayer mode, one would be inclined to put in one’s heart, and thereby one’s whole, to find immediate connect with the imagery in focus. You then, don’t need any description in words.

It is difficult to trace the history of such an age-old concept. But then, it is difficult to digest that the learned masters, fully conversant with the Vedic perception, would blindly accept the form-God concept in a belief driven mode. There is no reference to form-Gods in in Vedanta — Upanishads — the founding stone of Indian Philosophy. Yet, if they have introduced it in our social/religious system, the purpose would have been to educate human beings on the general conduct rules of life. It appears that over a period of time, the form-God concept acquired belief-driven dimension, which a large majority accepted as truth.

Ancient India’s realised masters were quite aware of unique character of each being, necessarily at variance with the rest. With such an individual-centric attitudinal trend in play, the world with all its enormity, diversity, and complexity, turns out to be a natural breeding ground of conflict of interests. Left to itself, the world will be always full of chaos. To overcome this human limitation, the elders must have felt the need for inducing a sense of civility and sanity in all and sundry. Accordingly, they would have felt the need to offer lessons in the general conduct rules of life, purposely so as to ensure orderly run of the societal order. And what better than using well-crafted imageries as the medium of communication, as it naturally draws attention of all, and therefore, finds immediate connect.

Repeated self-reflection on the said imageries may help easily absorb the inlaid educative import that may influence our thought process, which in turn, may spontaneously find reflection in our day-to-day conduct. The educative import of the imagery in focus, thus, acquires great contextual relevance, especially for the dhyana process.