Chai Not just a drink

Chai Not just a drink 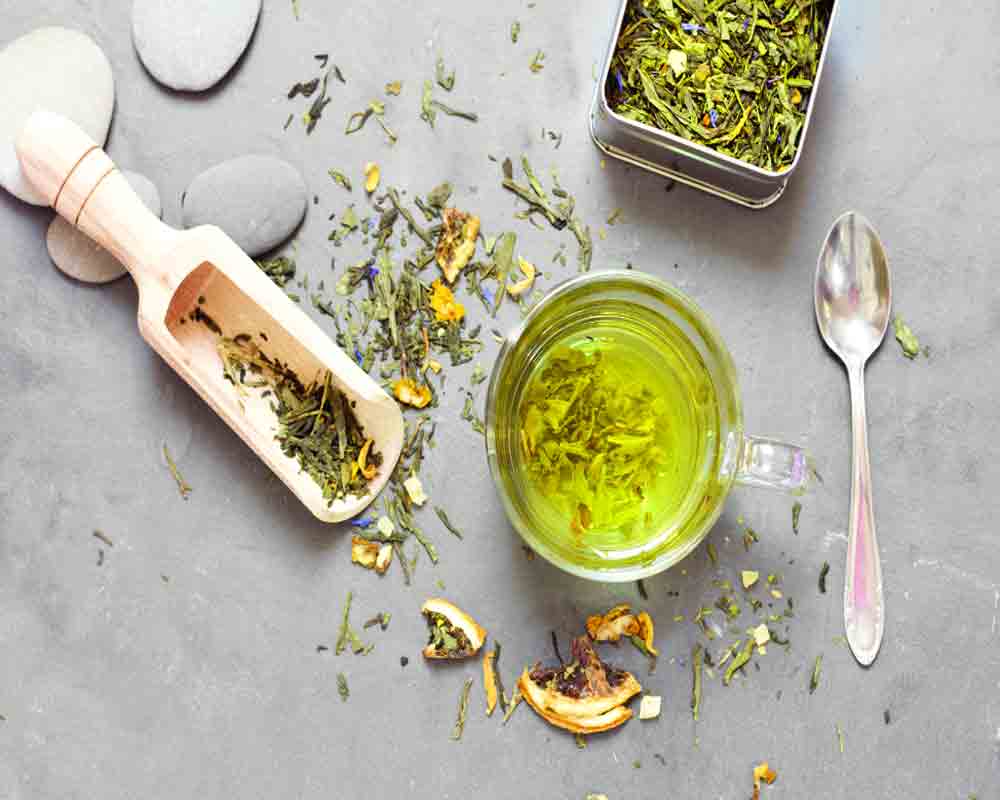 More than a conversation starter, tea is a source of refreshment, a hospitality gesture and a method of income for many, writes Vishal Parik, as he shares the history and benefits of the brew

For some people, mornings are difficult to begin without tea. For others, any difficult task first requires a good cup of tea and for some, it is an unconscious everyday drink of comfort. Tea is one of the most widely consumed beverages all over the world. However, in India, it has moved from being a beverage to being an emotion. In every household, street shop, stall, café, it is difficult not to find people indulging in their daily cup of comfort.

Indians have deep love and connection with tea. Not just a conversation starter, tea has the power to evoke a discussion on mundane everyday affairs that everyone willingly becomes a part of. It is a way of getting closer to people and understanding them. And not just the mundane, chai tapris are famous for heated political debates too. Tea is a source of refreshment, a gesture to guests and a method of income for many. There is a lot that Indians owe to this everyday elixir. One can easily say that it goes beyond simple consumption as a beverage. It is rather a ritual or a habit and undoubtedly a celebration — a celebration of every day.

In India, it is known that tea was primarily used for medicinal purposes back in 500 B.C. but came to be widely known only after it was introduced by the British in 1826. Initially, Britain attempted to cultivate Chinese tea bushes in India, which proved largely unsuccessful due to differences in climate (except for the region of Darjeeling in the Himalayas). It was soon discovered that India already had its own indigenous tea bush that grew in Assam Valley in north-eastern India. What started as an attempt to break China’s monopoly over tea production, ended up giving India a gift that its citizens did not know they would fall in love with. The British started growing tea in India for exporting it to other places. In 1837, the first English tea garden was established at Chabua in Upper Assam. In 1840, the Assam Tea Company began the commercial production of tea in the region. This led to the expansion of the British culture of drinking tea. Black tea and tea with milk and sugar was introduced to people of India and before people could realise, its Indian version — masala chai, made by adding milk, sugar and spices such as cardamom, fennel, and cloves to Black tea, became the daily fuel for many. And today, India is the second-largest producer of tea in the world.

Although the core technique of brewing tea leaves in order to be made into a hot beverage remains the same as earlier, different regions of India adapted different styles and flavours to make their own version of tea. From Kashmiri Kahwa tea from the valleys of Kashmir to the cutting chai in the streets of Mumbai, tea changes flavours, ingredients and viscosity every few kilometres. The chai one drinks in the blue mountains of the Nilgiri hills is very different from the special nutmeg chai in Kolkata. While the aroma of the desi chai from the thelas in Gujarat can make you crave tea, the masala chain from the home-grown gardens of Assam offer a unique flavour to your palate. For Indians, who have tea deeply rooted as an inseparable part of their society and culture, there are endless varieties of teas to choose from.

What is interesting to know is that even though the British introduced tea, the different styles of tea that we find in different regions in India got influenced by various other parts of the world. One good example of this is the Kashmiri tea popularly known as Kahwa. Kahwa flavour is known to have an Arabic influence. This green tea originates from the valleys of Kashmir and is infused with the scent of cardamom pods, cinnamon barks and saffron, which is later crowned with crushed almonds. Kahwa leaves are said to have come through the spice route. They bear cross-cultural significance as the name ‘Kahwa’ is of Arabic origin. Traditionally, it is prepared in copper kettles known as samovars, much like the Turkish, Arabic and Russian ones.

The same was also true in the Vedic era. As India saw the incoming of various new herbs and spices, Ayurveda started to flourish. Literally meaning the ‘science of life’, the ancient Indian system of health care used a diverse range of herbs, spices and flowers that are packed with health benefits and are combined with the benefits of tea to cure illnesses. Tea has various medicinal benefits and plays a vital role in curing diseases by traditional methods.

Even today as people are becoming more health-conscious by the day, tea is becoming a preferred choice for many. In India, chai is a habit and is consumed around 3-4 times a day. The most commonly known is the bed tea which kickstarts the day for most Indians. Another is the evening tea consumed with snacks, meant to recharge you after a tiring day. A study by the Tea Board of India states that tea is regularly consumed in about 64% of homes in India and by 96% of the family members residing therein. As tea consumption is a challenging habit to break, most people with their increased consumption of milk and sugar along with tea are becoming more concerned about their tea intake. However, instead of a decrease in consumption, there is an increasing shift in consumption patterns. More and more people are now adapting healthier alternatives like liquor tea, black tea, green tea, chamomile tea, jasmine tea etc.

While tea was looked at as a source of refreshment earlier, it is now being looked at as a means of wellness, immunity, weight loss and hydration. Teas made with natural herbs and spices that have immunity-boosting benefits are now being preferred. Teas that have detoxifying properties and those that calm your nerves and give you a good night’s sleep is the new choice for people these days. What is also interesting is that a lot of Gen-Z and millennials who had adopted the café and caffeine culture also make the shift from coffee to tea because of its health benefits.

Tea has varied health benefits depending on its blend, flavour and other added ingredients.

The health benefits of tea are endless and depend a lot on its flavours and ingredients. Day by day new blends and interesting flavours are coming up to suit the palate of the new generation. Flavours like Gulkand, Licorice, Mint and Lemongrass are being willingly tried and adopted by Indians. The herbs and flowers used in them resonate closer to the Indian palate and are therefore becoming popular in no time.

Experimentation and love for tea are resulting in a plethora of flavours and blends never heard of before. Vegetable infused tea flavours such as tomato basil tea and beetroot tea are becoming widely in demand among tea lovers.

Matcha, Moringa and Moroccan Mint tea are also becoming popular because of their detoxifying properties.

Another new development that is very soon replacing carbonated drinks is cold brews. Cold brews teas in raspberry, plum, cucumber and coconut flavours are being made as iced teas. And Indians do not stop there. They have also figured out ways to consume tea as a dessert. Naturally sweet flavoured teas such as apple, cinnamon, peach and cranberry teas are being used as dessert teas, making this a category of gourmet teas.

And when talking about all the new variants, one cannot forget the aesthetically pleasing bubble tea, boba tea and pearl tea that are come in juicy flavours such as lychee and strawberry.