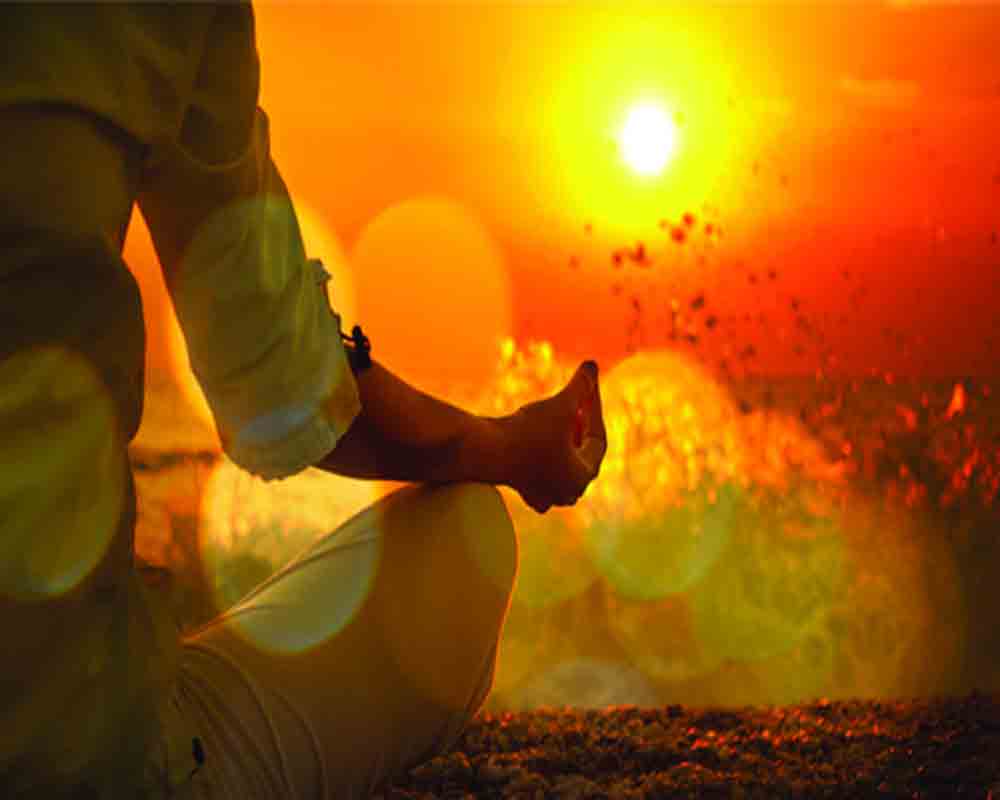 Spirituality shows the true picture. A conscious entity can not be oblivious of its own reality, writes AJIT KUMAR BISHNOI

This article is in the Indian context, because of our widespread awareness about God, soul, etc. Then, why aren’t so many spiritualists amongst us? There are several reasons. The first and the most basic one is not realising what one is missing.

We are born in material bodies, and from then on we identify ourselves as material bodies only. Spirituality changes everything. Spirituality reinforces the knowledge/reminds us that we are spirits or souls. One of the basic qualities of the soul is consciousness. A conscious entity will not be oblivious of its own reality. Spirituality works as a mirror in the sense that it shows the true picture. Why don’t we want to see the true picture? Because the identity of being a soul requires us to connect to the whole, who is God, and that requires ‘tapasya’. We would rather live in ignorance, because we don’t wish to give up our unlimited desires for lustful enjoyments.

This is bad enough but worse is for those who are engaged in sinful acts. They are not oblivious of the fact that these sinful acts will be punished as per the ‘karmaphala’ principle. All acts are being duly recorded. A time of reckoning will come. But they will rather be not reminded of the harsh reality. Spirituality will shake them.

There are some other reasons as well for shunning spirituality or specifically God. ‘Ahankar’ (ego) is a big spoiler. Though ego is an intrinsic part of the human body, it is used in a wrong way. We need to have this feeling that I must do what I have to, who else? But we go wrong when we begin to think that we are better than other people or begin to think and talk too much about ourselves. In this mindset, where is a place for God. Ravana, before dying, famously said that ahankar was the cause of his undoing. Bad company is another reason. Because when we interact with anyone, something of us rubs on that person and vice versa. In bad company one justifies whatever one is. Then, where is the chance of changing, which is required for the progress on the spiritual path?

Some people don’t try, because spirituality is somewhat of an unknown territory, though as souls it shouldn’t be. Here again identifying self as a material body is a big hindrance. Don’t we struggle for quarter of our lives just to be able to earn our living? Then, why should spirituality, which brings enormous rewards, be so easily attainable. Similarly, gains in spirituality are subtle, unlike material achievements, which are gross and visible to our senses. But those who practice spirituality can sense that they are progressing, because God responds. He has to, otherwise how else will we make the necessary efforts, or more specifically do ‘tapasya’. When we don’t embrace spirituality, we hurt ourselves badly, especially in old age when we need God the most. The human life has been divided in four parts and the last part is meant specifically to pursue spiritually. Shelter of God is absolutely essential then, when the body begins to weaken or gets stricken with some diseases. God can help and does help. Spiritualists never suffer ‘durgati’ (end up badly). The Lord has given a specific promise that His devotees never perish. (9.31) But will we ignore the mirror and go on living a life of delusion?