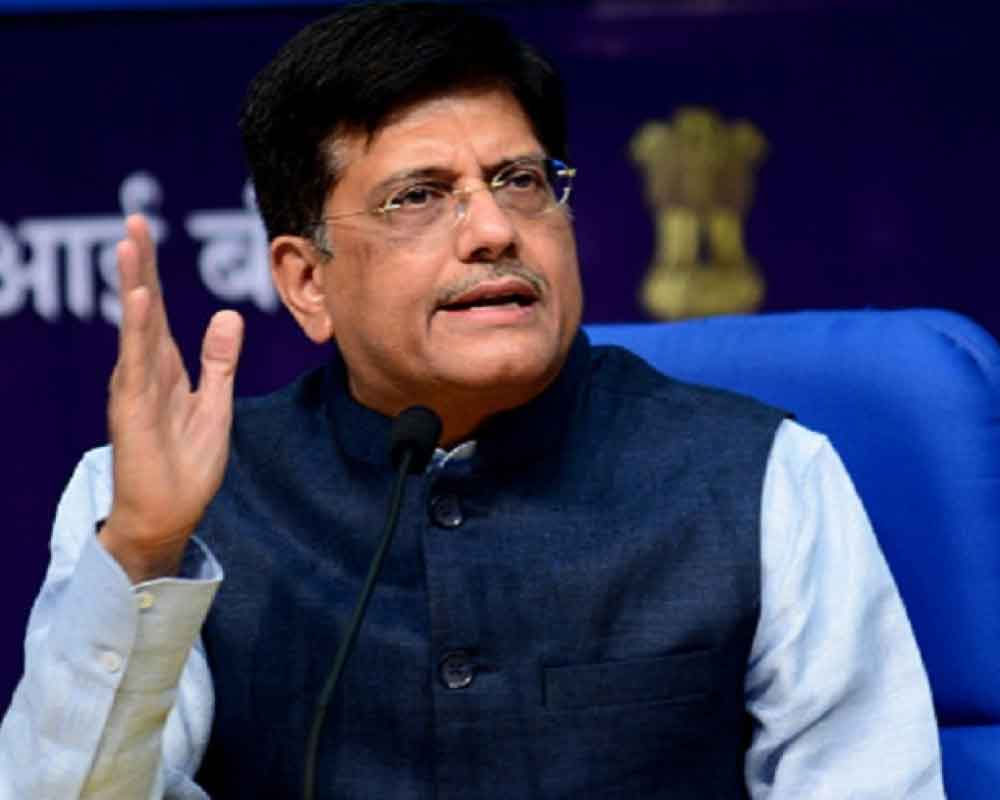 The allocation of Rs 6,636 crore to poll bound West Bengal  is the highest ever funds earmarked for the state in the history of Indian Railways, Minister Piyush Goyal said Thursday, blaming successive state governments for the delay in rail projects in the state.

"The allocation for West Bengal is the highest ever in the history of Indian Railways. It is 2.5 times the average amount allocated between Budget 2009-2014 and 26 per cent more than last year," he said while addressing a press briefing.

"Projects there remain incomplete or are delayed because the state governments - first it was the Left front government and now the TMC-- have been unable to provide land to us. Projects which are 45 year old are pending in the state," he said.

"I appeal to Mamata didi to expedite the process and give us land," he said.

Goyal said that due to non-availability of land, as many as 34 projects in the state have received only  token allotment in the budget 2021-22.

With an eye on the upcoming Assembly polls in the state, Goyal said that there was no shortage of funds for West Bengal.

"I want to assure the people of West Bengal that there is no shortage of funds for projects in the state. Only there should not be any shortage of land and local issues are sorted then projects will be completed on time," he said.

Goyal further took a dig at pre-BJP budgets where the Railway Budget was separate and said that at that time there was a tendency to announce rail projects for political gains and not for the need of the people.

"Once someone became a minister, he would announce projects without first checking if there were funds available, if land was available and if the project was feasible. That is the reason why none of the projects which were announced then could be completed and there would be major cost overruns. So, inspired by politics this harmed the railways," he said.

"Now, we have decided that we will start a project only after we have the land required for it. We have identified critical and super critical projects which would be completed in a focussed manner. Over the next four years, the Railways will emerge as a vibrant contributor to the Indian economy," he added.