Passengers not wearing marks properly to be de-boarded, treated as unruly: DGCA to HC

Passengers not wearing marks properly to be de-boarded, treated as unruly: DGCA to HC 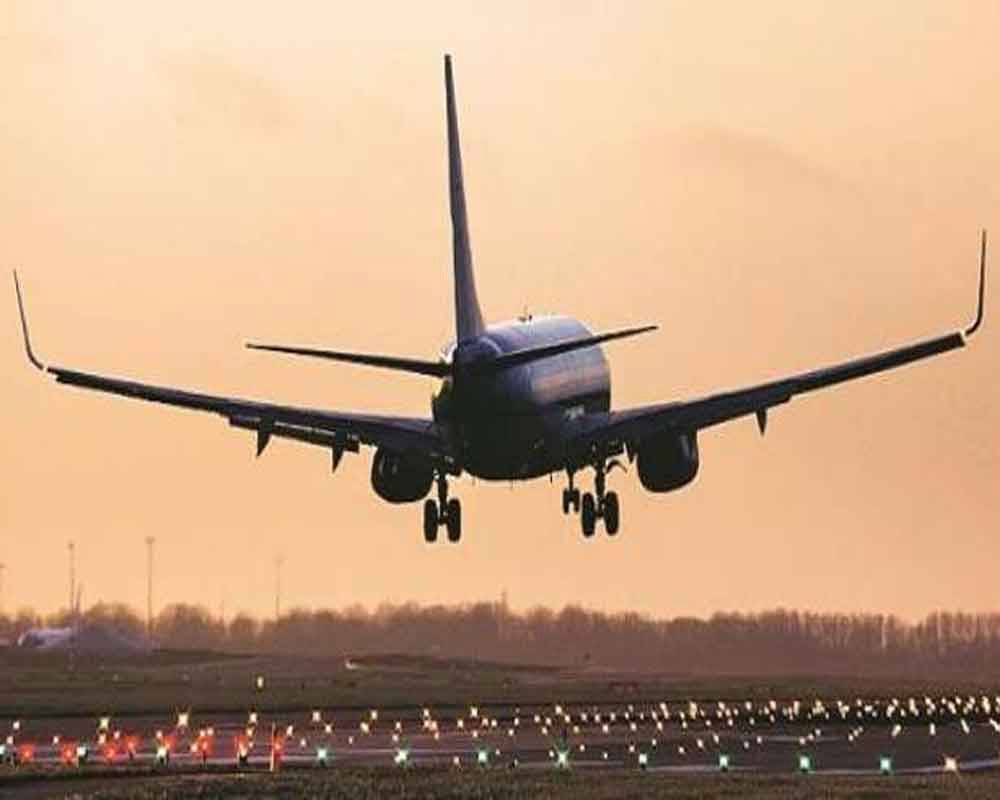 The DGCA informed the Delhi High Court on Wednesday that action is being taken against passengers not wearing masks properly despite repeated warnings and they will be de-boarded from planes before departure and treated as “unruly passengers”.

The high court expressed satisfaction over the steps being taken by the Directorate General of Civil Aviation (DGCA) and said it hoped that the action would continue in the same spirit considering the safety of passengers from COVID-19 infection.

A bench of Justices Navin Chawla and C Hari Shankar observed that the court was initially planning to keep the suo motu case open to continue monitoring the implementation of directions issued by the court earlier.

However, after noticing the proactive action by the DGCA, the court decided to close the case and observed that initiation of punitive action against the violators is a welcome step, the bench said.

Justice Shankar had on March 8 taken suo motu cognisance of the situation after witnessing passengers not wearing masks properly during transportation from airport to the flight and their stubborn reluctance to wear masks properly.

The court, which had issued various guidelines to DGCA and all other airlines for immediate compliance, said it was constrained to pass the order because of an alarming situation which was witnessed by the judge himself during the Air India flight from Kolkata to New Delhi on March 5.

DGCA, represented through Additional Solicitor General (ASG) Chetan Sharma and advocate Anjana Gosain, informed the court that following its directions, it issued a circular on March 13 relating to strict guidelines to be followed in the airports.

"On board the aircraft, in case any passenger does not adhere to wearing of mask properly even after repeated warning, he/ she should be de-boarded, if need be, before departure," the circular stated.

"In case, any passenger on board an aircraft refuses to wear mask or violates the ‘COVID-19 Protocol for passengers' even after repeated warnings, during the course of the fight, such passenger may be treated as ‘Unruly Passenger' as defined... Civil Aviation Requirements (CAR)...And the procedure in respect of handling such unruly passenger, as provided in above mentioned CAR, shall be followed by the concerned airlines,” it said.

Advocate Gosain also informed the court that in a Jammu to Delhi flight, on March 16, four passengers were declared unruly for not properly wearing masks and were handed over to the security officials.

She said the authorities have also decided to conduct surprise checks.

To this, the bench said, “You have done a wonderful job. We are really impressed”, and asked the ASG to ensure that such steps are also taken in respect of railways and buses.

When the counsel for Air India said they have also issued a circular with necessary guidelines, the bench asked the DGCA to ensure that other airlines also follow the guidelines.

“This court is not interested in seeing passengers de-boarded,” the bench said, adding that their concern was that passengers adhere to COVID-19 guidelines which are necessary for their safety as well as for the safety of co-passengers.

The DGCA has also said in its circular that passengers shall wear masks and maintain social distancing norms at all times during air travel. The mask shall not be moved below the nose except under exceptional circumstances, it said.

“CISF or other police personnel deployed at the entrance of the airport shall ensure that no one is allowed to enter the airport without wearing a mask,” it said.

The circular said that the Airport Director/ Terminal Manager, as applicable, must ensure that passengers are wearing masks properly and do maintain social distance at all times within the airport premises.

In case, any passenger is not following ‘COVID-19 Protocol', they should be handed over to security agencies after proper warning. If required, they may be dealt as per law, it said.

DGCA had issued another circular on March 15 where directions have been issued for strict compliance by all stakeholders.

The high court had earlier taken strong note of an “alarming situation” of passengers not properly wearing masks in flights and issued guidelines to all domestic airlines and DGCA for strict compliance, including penal action for offenders and periodical checks of the aircraft.

The court had said a situation when the country is seeing a resurgence of COVID-2019 cases, after they had shown signs of ebbing, is completely unconscionable.

“Passengers in a flight are in a closed air-conditioned environment, and, even if one of the passengers suffers from COVID-19, the effect on other passengers could be cataclysmic. It is a matter of common knowledge that being within arm's length distance of a COVID-19 carrier, even if he is asymptomatic and is merely speaking, is more than sufficient to transmit the virus,” it had said.

If despite being reminded, he or she refuses to follow the protocol, action should be taken against the passenger in accordance with the guidelines issued by the DGCA or Ministry of Health and Family Welfare, including placing him or her on a 'no-fly' regimen, either permanently or for a stipulated, sufficiently long, period, it had said.