Gear up to brave challenges

Gear up to brave challenges 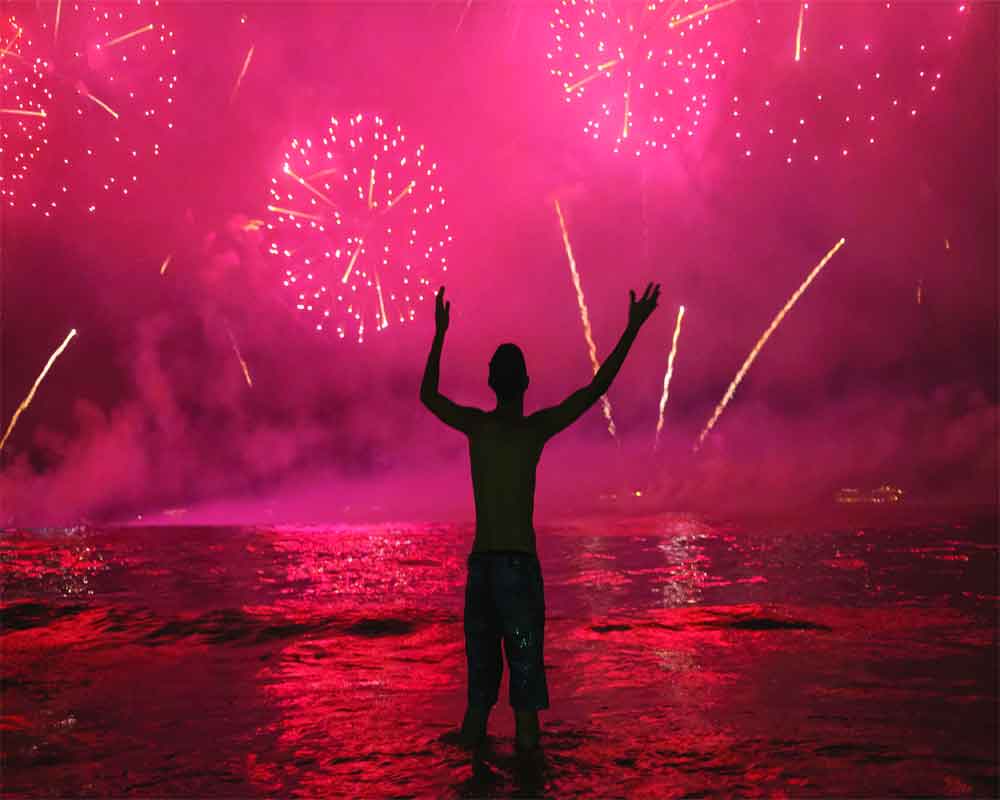 I wish the valued readers a happy New Year and a pleasant life ahead. Nothing, however, comes easy. The world remains in a state of flux. Energy dynamics of the cosmos keeps varying, throwing fresh environmental challenges. We have been facing Covid onslaught all across the globe for the past 2 years. It does also unfold fresh opportunities. We have, however, managed the situation much better than the last pandemic between 1918-1920. It’s all because of human efforts, especially of scientists aggressively engaged in developing vaccines and medicines, and people’s collective response. With Omicron variant of Covid raising head, growing in number day by day, it needs no astrological analysis to make out that the challenge is yet not over. So, we can’t lower our guards.

Let us look at the legacy we have carried forward from the previous year, through the lens of the astrological chart drawn at the time of Lunar Eclipse on November 19, 2021. Pisces lagna was rising at time of full Moon, with its lord Jupiter in debility in the 12th house identified with losses. It is a clear indication of public health suffering, and common people due for a tough time ahead. Consequently hospitals would be under great strain. Mercury conjunct Mars in the 8th house, placed adverse to Saturn and Jupiter, points to mortality rate being high. How big? Time ahead will tell. As the Sun, identified with general immunity level enters Capricorn sign, and closes up with limiting Saturn, covid cases may considerably go up. Eighth lord Venus in the 10th placed adverse to Sun identified with ruling class posited in the 8th house indicates that government is on a weak wicket, especially in terms of financial management. Youth will be restless. It will be a tough time for policy makers. Security situation will need watch, especially when Mars transits close to Saturn during March-April. In May, Mars transits close to Jupiter when religious strife and financial trouble seems imminent.

Nation’s Independence chart too doesn’t appear to be encouraging. Transit Rahu and Ketu will be respectively over their natal positions, indicating unpredictable turn of events, which could affect even polity, akin to 2003-2004, 1984-85, and 1966-67. Transit Saturn opposite natal Mercury implies policy flip flops, literary world coming under great strain, and vilification of intellectuals. During January and February, transit Saturn will be opposite its natal position and Venus implying financial concerns, baffling the ruling class. During March-April, transit Saturn will be opposite natal Sun. By April end, Saturn moves to Aquarius sign. But early June, Saturn becomes retrograde and will revert back to Capricorn sign in mid-July. Once again transit Saturn will be opposite natal Sun. It is indicative of political uncertainties. Many a times, such alignment lead to change of guard also. Mars transit to Capricorn sign opposite natal Moon, Mercury, Saturn and Venus may raise public anger, youth unrest, upsetting financial situation and serious security concern. Even border skirmishes are not ruled out. Security concern even in May seems probable as Mars transits to Pisces sign wherefrom it will be trine to natal Saturn. For, Mars and Saturn form adverse angle in nation’s Independence chart.

Let us now look at the astrological pointers of New Year chart. Lagna and 10th lord Mercury placed in the 4th house, adverse to Mars and debilitated Moon is indicative of people’s desperation and public anger. Incidentally, the lagna sub-lord Moon conjunct Mars and also placed adverse to mischievous Neptune is indicative of unforeseen turn of events. Many scandals may be in sight. 10th sub-lord Saturn in the 5th house (8th from 10th) placed adverse to Uranus in the 8th house, and tenanted in the constellation owned by Moon in the 3rd house (6th from 10th) is indicative of the Government being on a weak wicket, making them defensive.

Even solar ingress of the Sun in Capricorn sign, the natural signifying sign for India doesn’t look any good. Mars firmly placed in its own sign in the 10th house opposite Moon and placed adverse to mischievous Neptune implies that it will become difficult for the ruling clique to face public ire.

These are general indications to be forewarned, and should not be taken in finality. Much will depend on how those at the head of things steer the course of events. We, however, need to be on full alert to intelligently brave the challenges coming our way, and grab the opportunities arising well in time.