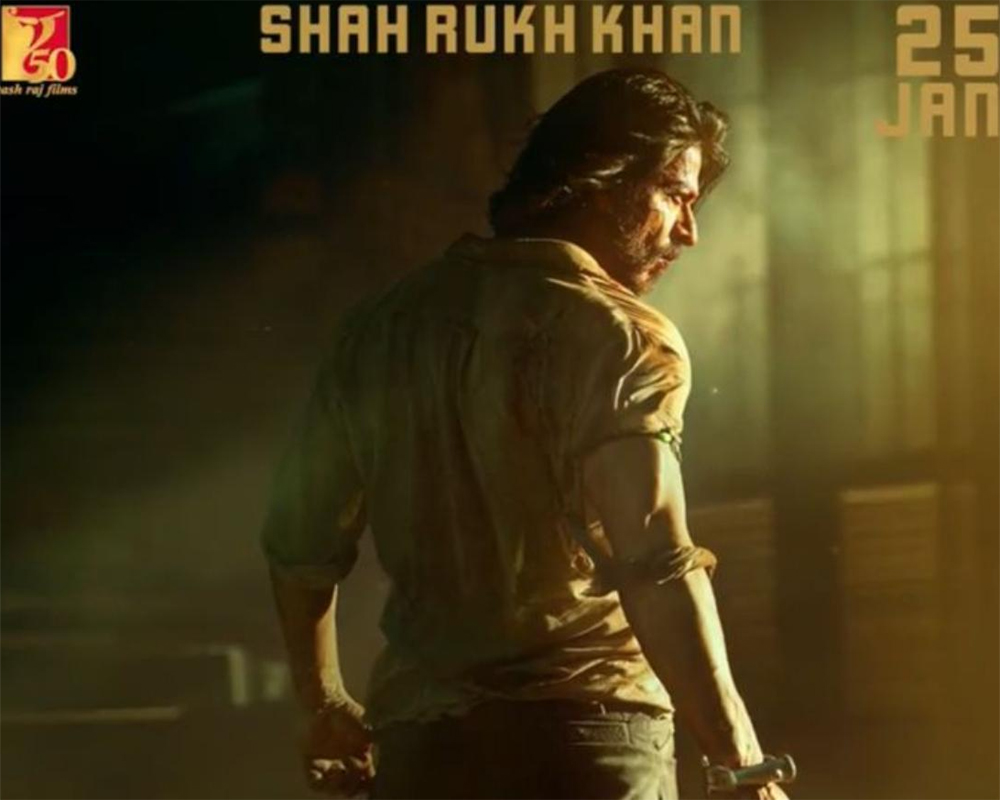 Shah Rukh Khan has completed 30 years in the film industry and the superstar celebrated the occasion in style -- by dropping his first look from much-awaited action film "Pathaan".

The 56-year-old actor sports a rugged look with long hair and beard, holding a shotgun in his hand, in the film's motion poster released on social media.

"30 yrs and not counting cos ur love & smiles have been infinite. Here's to continuing with #Pathaan. Celebrate #Pathaan with #YRF50 on 25th January, 2023. Releasing in Hindi, Tamil and Telugu," Khan wrote on Twitter.

Billed as "a high-octane spy thriller", the film is directed by Siddharth Anand of "War" and "Bang Bang" fame. It also stars John Abraham and Deepika Padukone.

Abraham also shared Khan's first look on his Instagram page and congratulated the actor on completing 30 years in Bollywood.

"30 years of winning millions of hearts worldwide! There's indeed no one like him. Welcome Shah Rukh Khan in & as #Pathaan. Here is the #PathaanFirstLook" he captioned the post.

Khan started his acting journey with television shows "Fauji" and "Circus". He made his Bollywood debut with 1992's "Deewana", opposite Divya Bharti and veteran actor Rishi Kapoor.

The actor followed it up with boy-next-door roles in "Chamatkar", "Raju Ban Gaya Gentleman" and "Kabhi Haan Kabhi Na" and later played grey characters with films like "Baazigar", "Darr" and "Anjam".

Considered one of the biggest superstars in the country, Khan has delivered hits like "Dilwale Dulhania Le Jayenge", "Kabhi Khushi Kabhie Gham," "Devdas", "Swades", "Chak De! India" and "My Name Is Khan".

"Pathaan" director Anand said the "30 years of Shah Rukh Khan" is a cinematic moment in itself.

"We wanted to celebrate it with his millions and millions of fans globally. Today is Shah Rukh Khan day and we need to tell the world that. This is team Pathaan's way of saying thank you to Shah Rukh for the countless memories and smiles that he has given all of us in his incredible journey in cinema.

"Shah Rukh Khan's look from 'Pathaan' was the most heavily guarded imagery. Fans across the world have been frantically demanding for his look to be unveiled for a long, long time now and we couldn't think of a better day to reveal this," Anand said in a statement.

The director said the superstar is playing an "alpha man on a mission" in the action spectacle that will set new benchmarks for the action genre in India.

The actor will also be seen in two more films in 2023 -- action-entertainer "Jawan" with South filmmaker Atlee, and Rajkumar Hirani-directed “Dunki”.