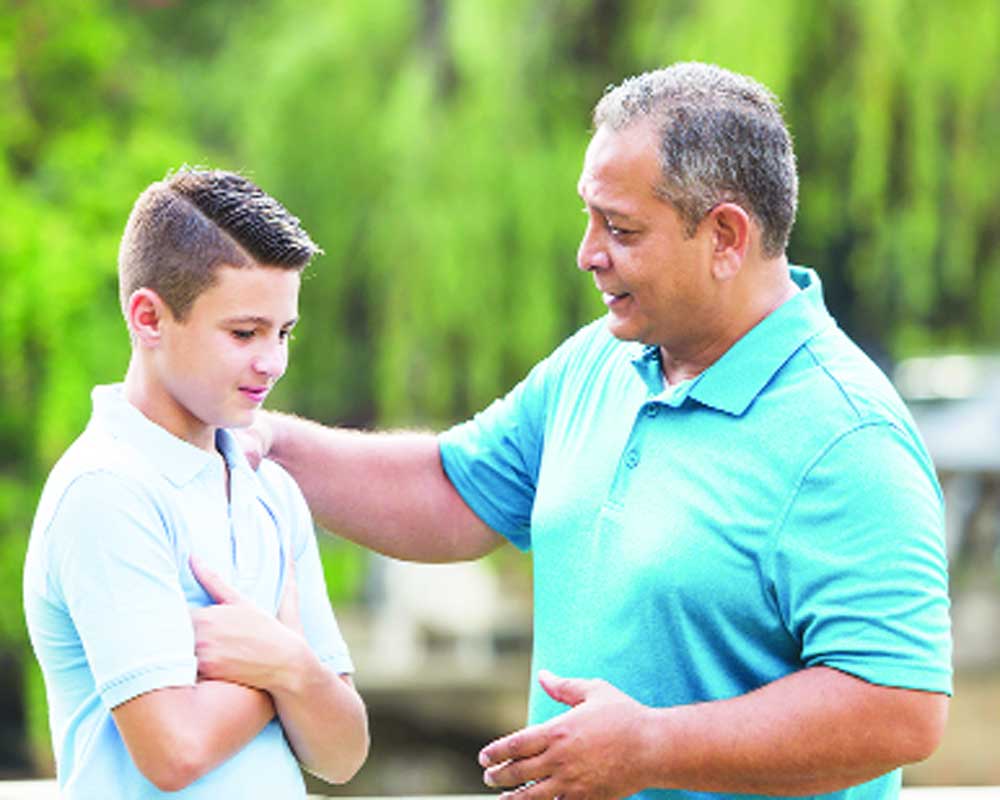 The other day an old man worried about his bullish grandson came asking: “What is in store of his destiny? He is 9 years old. Has no interest in studies. He doesn’t listen to his elders. No amount of reprimand or even beating has any effect on him. He has become defiant. When his parents show displeasure towards his unseemly conduct, he himself picks up a stick and hands over to his father and says: ‘You want to beat me, please do.’ We tried to put him in boarding, but he refused to go. We are at a loss how to reform him. Please suggest some remedial measure that may help bring him around.”

At the outset, let me assure you that if handled with prudence and patience, this boy will change with time. His astrological chart suggests as much the possibility of change towards better as it reflects his present undesirable behaviour. But remember, he doesn’t seem to be the type who would respond to commandments. If things are forced upon him, he will become a habitual defiant, which is already in evidence. So, the first thing that needs to be immediately done is to stop coercive practice — beating him or shouting at him. Instead, engage with him with a sense of love. Over a period of time, as he realises that coercive methods have become a matter of past, he will begin to respond.

Remember, every child is born unique, displaying varying mind traits. Try to figure out the trends of his mind and psyche, and accordingly innovate ways and means to deal with him. In this context, I recall a story shared by someone as to how he and his younger sibling were handled differently by their grandfather. Their grandfather, a teacher by profession, took them under his charge when he found them wanting in studies. He enforced strict discipline on them. Later, the old man realised that his method was not working on the elder one. So, apparently in a state of desperation, he told them to do whatever they liked. “You will yourself bear the consequences. I am not going to waste my energy over you,” he said.

Thereafter, he stopped overseeing his studies, but ensured that he was on the study table in time. Following which, the elder one began working upon himself. Eventually, he performed very well in the final examination. The elder one used to wonder, why the two brothers were handled differently. He later realised that his grandfather being a teacher could figure out the mind and psyche of the two brothers and accordingly conducted them.

The same way, your grandchild is unique and has to be dealt differently. The usual way a child is handled in Indian families won’t work on him. He has to be led with a force of love, which in turn, will tempt him to begin making efforts to prove himself in his own right. Before suggesting a suitable remedial measure let me first run through the astrological pointers to the child’s mind traits.

Born with Sagittarius lagna, having Rahu there itself makes him inherently erratic. Moon being the 8th lord makes him habitually suspicious of other’s intent. Moon, the mind-signifier occupying the fiery sign Aries, makes him impulsive, aggressive, domineering, intolerant, and impatient. He won’t take kindly to commandments, as he doesn’t like to play second fiddle to any. Acting on instinctive prompting, he will like to go about unrestrained. If that would not be enough, Mars, the lord of the Moon sign, is debilitated and in opposition to expansive Jupiter and mischievous Neptune. That makes him all the more fiery, rebellious and defiant. If subjected to continued strain, he may develop inferiority complex. Mercury placed adverse to Uranus makes him eccentric. Venus being combust speaks of a strong urge for love, which he would be missing. But the good thing is that there is change of signs between Moon and Mars, which carries the possibility of a definite change in his behavioural pattern with time, if tended with a force of love.

Remember, planets are not doers. They are indicative of how one’s thought process works, and which can be very well redirected through conscious efforts. The best remedy for a child is to introduce him to an active game or a sporting event, which he likes, under the guidance of a proven coach. Let the coach turn his eccentricity into a passion towards becoming the lead person in the game, where after this approach will help him in his studies also.