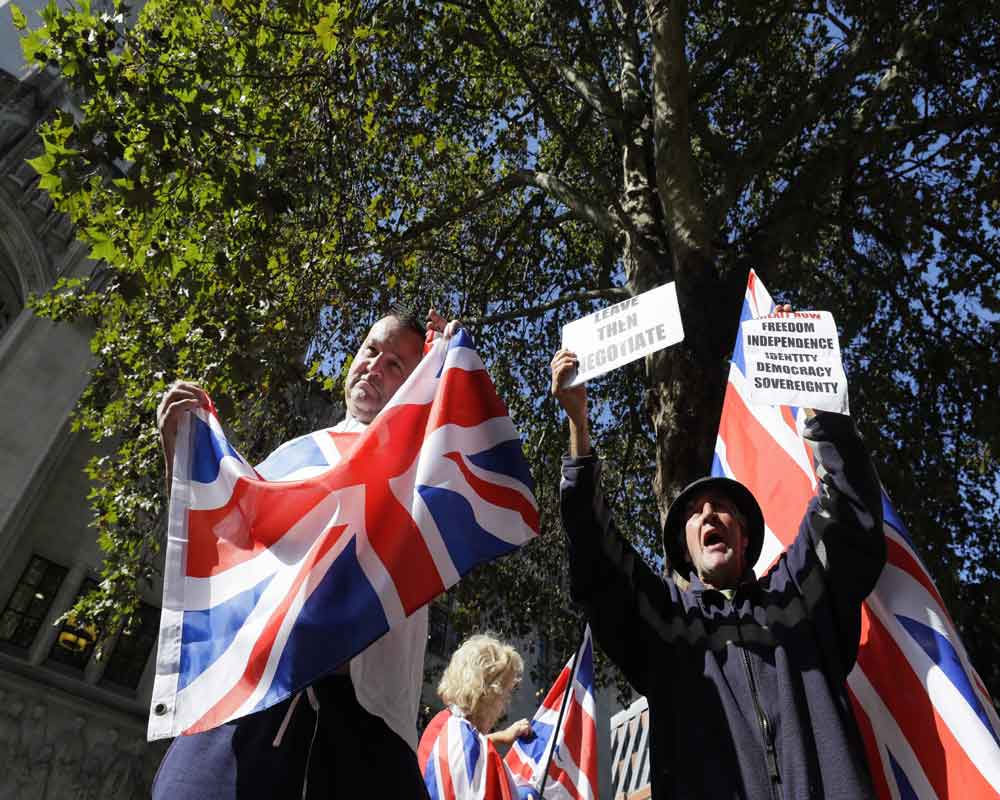 Brexit talks are progressing with "momentum", the British minister in charge of the divorce said Friday after meeting his EU counterpart, despite warnings that a deal was still some way off.

After talks in Brussels with EU chief negotiator Michel Barnier, Brexit Minister Stephen Barclay said there was a "shared sense of purpose" to reach agreement and avoid Britain crashing out of the bloc without a divorce agreement.

Britain is racing toward its October 31 departure without an exit agreement and faces the threat of economic disruption that the government admits could cause food shortages and spark civil unrest.

Barclay and Barnier discussed three papers submitted by London with ideas on replacing the so-called "Irish backstop" provisions in the Brexit deal struck last year but rejected by British lawmakers.

"There is significant work still to do but there are serious discussions that are taking place," Barclay said after the talks.

"We are moving forward with momentum, talks will continue next week between the technical teams."

But the European Commission, which leads Brexit talks for the remaining 27 member states, gave a more sober assessment, stressing that the British papers amounted to no more than "a first set of concepts, principles and ideas".

British Prime Minister Boris Johnson insists the backstop, which could temporarily keep Britain in the bloc's customs union to avoid a hard border in Ireland, is undemocratic and unacceptable to London.

But Britain has so far not come up with an alternative that satisfies Brussels or Dublin, and after Friday's talks the commission once again called on London to come up with substantial proposals -- suggesting the papers submitted fall short of what is required.

"It is essential that there is a fully workable and legally operational solution included in the withdrawal agreement," the commission said.

"We remain willing and open to examine any such proposals that meet all the objectives of the backstop."

Brussels has called for a clear alternative well before Johnson attends a potentially decisive EU summit in Brussels on October 17-18.