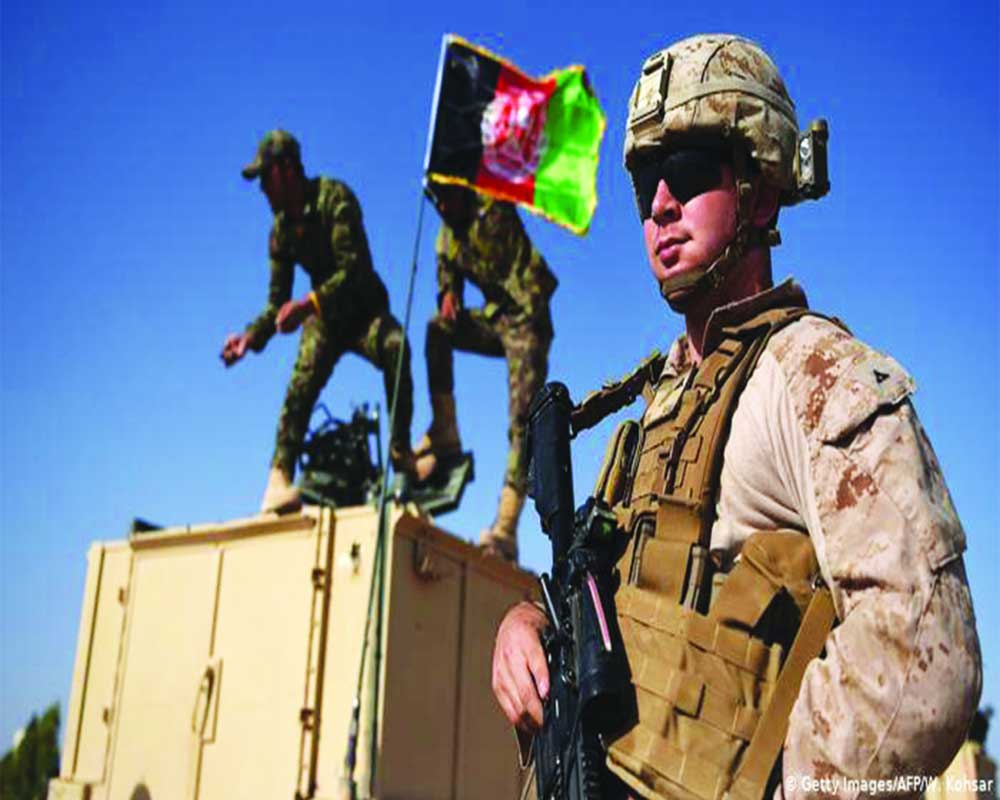 The US-Afghan peace deal has complicated matters. Russia and China have moved dexterously to protect their interests in the region. Both can leverage ties with Pakistan to contain the Taliban

Afghanistan’s peace process has stumbled as talks between the Government and the Taliban in Oslo, Norway, could not begin on March 10, as President Ashraf Ghani’s rival, Abdullah Abdullah, held a parallel swearing-in ceremony on March 9, repudiating the results of the September 2019 election. Abdullah had challenged the 2014 verdict, too, but accepted a US-brokered deal, wherein he was to be made Prime Minister, but was instead given the designation of Chief Executive Officer. In Afghanistan, observers believe that Abdullah enjoys more support from major political parties and players.

On March 10, the UN Security Council unanimously recognised the Doha deal (February 29, 2020) between the US and the Taliban as part of “significant steps towards ending the war” in Afghanistan and to provide “sustained support” to achieve peace through negotiations. However, experts observed that the Doha deal contradicts US commitments to the internationally recognised Government headed by Ghani. The resolution was amended to allow Beijing to promote the Belt and Road Initiative for reconstruction of Afghanistan while Moscow inserted a paragraph regarding “the urgent need for all Afghan parties to counter the world drug problem with the goal of combating traffic in opiates originating from Afghanistan.”

Washington’s hurry to sign the deal with the Taliban without resolving the deadlock in Kabul does not bode well for the region. Many have questioned the bilateral pact as the Taliban did not renounce the Al Qaeda and made no commitments regarding the rights of Afghan women (the excuse for the 2001 invasion) or human rights of Afghans. The Taliban pledged to prevent the use of Afghanistan’s territory for terrorist attacks on the US and “its allies” but was silent about its bases in Pakistan, Ayman al-Zawahiri, who escaped to Pakistan in 2001 with Osama bin Laden and Sirajuddin Haqqani.

Excluded from the deal, President Ashraf Ghani refused to release 5,000 Taliban prisoners in exchange for 1,000 Afghan Government prisoners but later offered to release 1,500 by the end of March and the remaining 3,500 in groups of 500 every fortnight after the intra-Afghan talks begin. Ghani is demanding reduction in violence as the Taliban continues attacks in rural areas though it has spared cities and district headquarters after Mullah Abdul Ghani Baradar had a telephonic conversation with US President Donald Trump. Ghani also wants all released prisoners to give a written promise not to return to the battlefield. The Taliban insists that all the 5,000 prisoners must be released before talks begin.

The deal is contentious as it puts the fate of the new Kabul Government in peril as few expect the Taliban to settle for power-sharing. Reports from Washington suggest the US Government has “persuasive intelligence” that the Taliban will renege on its promises; Trump admitted on March 6 that the Taliban could “possibly” overrun the Afghan Government after troops withdraw. Pointing out that at the pinnacle of the Taliban power in 2000, only Pakistan, Saudi Arabia and the United Arab Emirates (UAE) had recognised the regime, Brookings scholar Bruce Riedel said President Trump’s agreement “is strikingly reminiscent of Nixon administration’s deal with North Vietnam in 1973, which excluded the South Vietnam Government.”

Former director of National Intelligence, John Negroponte, observed that the deal lacked a meaningful enforcement mechanism and peace between the Afghan parties requires continued US support to the current Government and retaining at least some military capability in the event of large-scale conflict. He said the bilateral agreement opened the door to differing interpretations about what was agreed, as already evident in the prisoner exchange issue. US Secretary of State Mike Pompeo has admitted that the Taliban made over 70 attacks on the Afghan Government forces after signing the agreement and said the accord would not move forward if the Taliban reneged on its promises.

Some observers wonder if complete troop withdrawal is envisaged, as this would mean shutting nearly 400 US and coalition bases, including camps, forward operating bases and combat outposts. Given Washington’s renewed assertion vis-à-vis Moscow, Beijing and Tehran, it is unlikely that it would give up bases in Afghanistan, the heartland of the great game. The alleged secret annexures to the Doha deal possibly include retention of bases, with passive US military presence.

There are misgivings in Kabul. A day before the pact was signed, Afghan Vice President Amrullah Saleh recalled the horrors of the Taliban rule from 1996 and said people fear a return to that medieval wasteland, which Pakistan will use to spread its influence across Central Asia and against India. In the recent elections of 2019, a suicide squad attacked his office, killing around 30 people, including two of his nephews. Akram Gizabi, chairman of the World Hazara Council, said the deal is based on American war fatigue and Zalmay Khalilzad is an old associate of the Taliban from 1996, when the US Government held secret negotiations with the Taliban to build oil and gas pipelines through Afghanistan.

Currently, most analysts believe that Pakistan’s intelligence services, particularly the Inter-Services Intelligence (ISI), could emerge stronger if the talks produce some kind of power-sharing between the Taliban and the Kabul Government. A stronger Taliban will quickly overwhelm the regime and increase Pakistani heft in the region, at least for some time. But this could also encourage groups like the Tehrik-i-Taliban (Pakistani Taliban) to try to take control of the Pakistani State. Islamabad could, thus, find itself riding the proverbial tiger.

Clearly, Washington’s initiative has complicated matters in Afghanistan, in both the short and the long term. Russia and China have moved dexterously to protect their interests in the region and both can leverage their ties with Pakistan to contain the Taliban, if necessary. Washington also needs Pakistan to stabilise the region; Islamabad will have to show smart diplomatic skills. Iran will lean on Russia and China.

New Delhi cannot use Islamabad’s good offices to establish working relations with the Taliban, should it manage to seize power in Kabul. The IC-814 experience is fresh in many minds. India contributed handsomely to Afghanistan’s reconstruction in the post-Taliban years, especially towards the rehabilitation of landmine victims.

We have much to offer a Government that desires infrastructure development, trade  and extraction of the country’s untapped mineral resources. The invitation to be present at Doha was not only recognition of India’s positive contributions but also highlighted the failure of multilateral attempts at peace, such as the Heart of Asia process. India will have to watch how events unfold in Kabul.

(The author is a senior journalist. Views expressed are personal.)