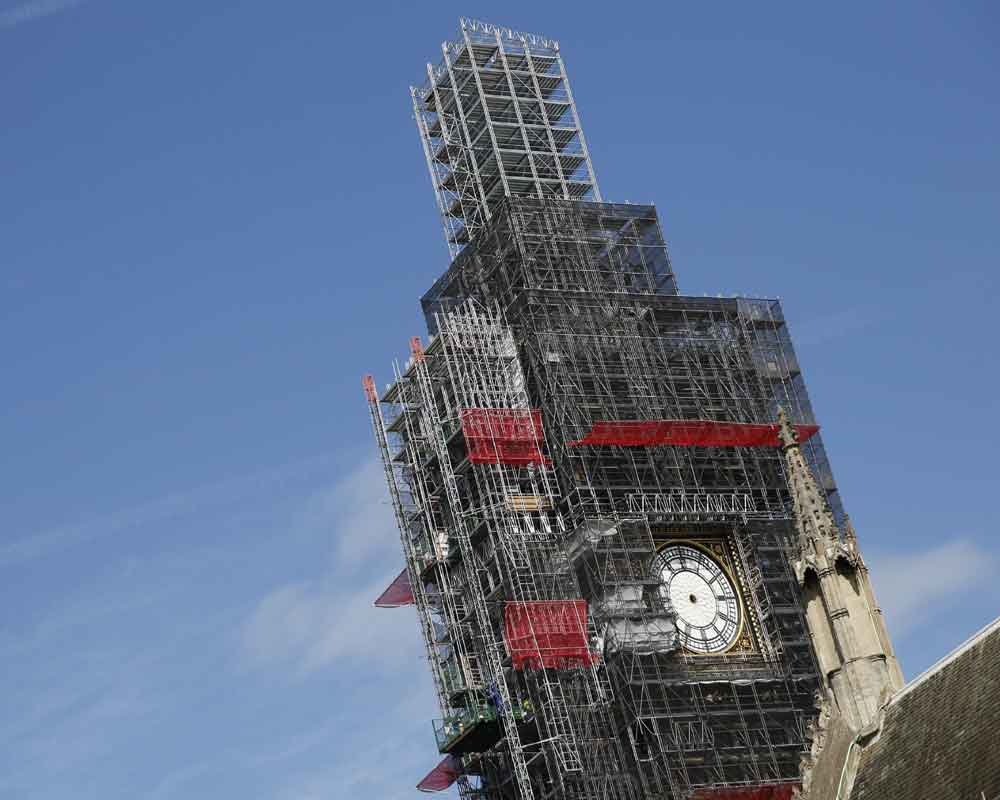 The UK government has confirmed the official plans to mark Brexit Day on January 31, which will include a giant clock count down the significant moment as part of a light display at 10 Downing Street.

Ahead of that address, he will chair a special Cabinet meeting in the north of England as a message of unity for all parts of the United Kingdom, including Scotland, Northern Ireland and Wales.

"January 31 is a significant moment in our history as the United Kingdom leaves the EU and regains its independence. The government intends to use this as a moment to heal divisions, re-unite communities and look forward to the country that we want to build over the next decade," Downing Street said in a statement on Saturday.

"No 10 (Downing Street) is set to mark the hour itself with a light display in Downing Street, including a clock counting down to 11pm projected on to the black bricks of Downing Street. Buildings around Whitehall will also be lit up. In response to public calls, the Union Jack will be flown on all of the flag poles in Parliament Square,” the statement notes.

A commemorative Brexit coin will also come into circulation on the very day, with Johnson expected to be one of the first to receive the new coin, which reads: "Peace, prosperity and friendship with all nations".

The confirmation of the government's plans for Brexit Day comes amid ongoing Brexiteer demands for the Big Ben to be resurrected for a day to mark the moment of Britain's exit from the 28-member economic bloc.

The iconic London clock tower is undergoing a massive refurbishment programme and the government had claimed the cost for it to be brought into temporary service for a day would be around GBP 500,000.

After Johnson made a seemingly light-hearted call for the public to try and raise the funds, an online crowdfunding drive has attracted over GBP 200,000 with the help of staunch pro-Brexit campaigners.

But it has emerged that the House of Commons Commission, in charge of the Big Ben housed within the Elizabeth Tower of the UK's Houses of Parliament complex had no way of accepting the public donations.

The row over the issue continues to rage on, with the announcement from Downing Street of the official plans an attempt to overcome that controversy.

Nigel Farage, a prominent Brexiteer and leader of the Brexit Party, had revealed earlier this week that his Leave Means Leave campaign group had secured permission to host a celebration at Parliament Square in London to mark Britain's exit from the EU on January 31.

The group is planning a GBP 100,000 party on Brexit Day and had questioned the government's muted preparations for what they say is a historic moment for the country.

The EU Withdrawal Agreement Bill, made up of the Brexit deal struck by Johnson in Brussels last November, is set to become law in time for the January 31 deadline as the legislation makes progress through the different stages of parliamentary process.

It was comfortably passed by the House of Commons earlier this year, given the Conservative Party's 80-seat majority secured by Johnson in the December 2019 General Election.

Britain's exit at the end of the month comes after it missed the initial March 29, 2019 Brexit deadline due to parliamentary deadlock over the issue since the UK voted in favour of an EU exit in a referendum in June 2016.

It has since resulted in two General Elections in an attempt to find the necessary parliamentary numbers to put an exit plan into action.