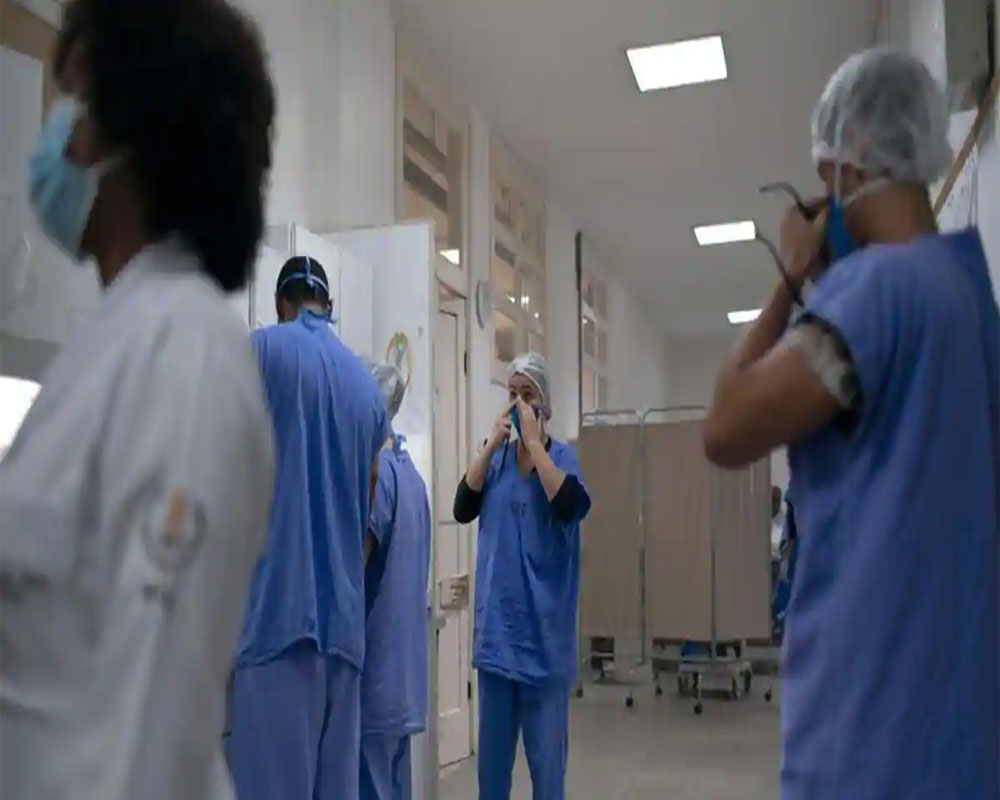 Wisconsin on Saturday hit a record for coronavirus cases reported in a single day as health officials reported 2,817 people have tested positive for the virus.

The state has seen some of the nation's fastest coronavirus spread over the last two weeks.

The rolling average number of daily new cases has increased by 950, an increase of nearly 97 per cent, according to Johns Hopkins researchers.

In that time, the state has reported the nation's third-highest number of new cases per capita, with about 423 new cases per 100,000 people.

In another troubling trend, the positivity rate for coronavirus testing has also been among the country's highest. That's an indicator that many more people have infections than tests are revealing.

The seven-day positivity rate is currently over 17 per cent, according to the COVID Tracking Project. Saturday's positivity rate for testing was even higher at 22 per cent.

Over the course of the pandemic, 113,645 people have tested positive for the coronavirus in Wisconsin.

About 83 per cent of those people have recovered, while over 18,000 have active infections and 1,281 have died. The Department of Health Services on Saturday reported seven new deaths.

Meanwhile, the number of deaths in Oklahoma from the illness caused by the coronavirus has topped 1,000.

Officials with the Oklahoma State Department of Health reported Saturday that 11 new COVID-19 deaths raised the state's toll to 1,004.

The number of active cases rose by 136 to 12,752. However, the actual number of cases in Oklahoma is likely higher because many people haven't been tested, and studies suggest people can be infected and not feel sick.