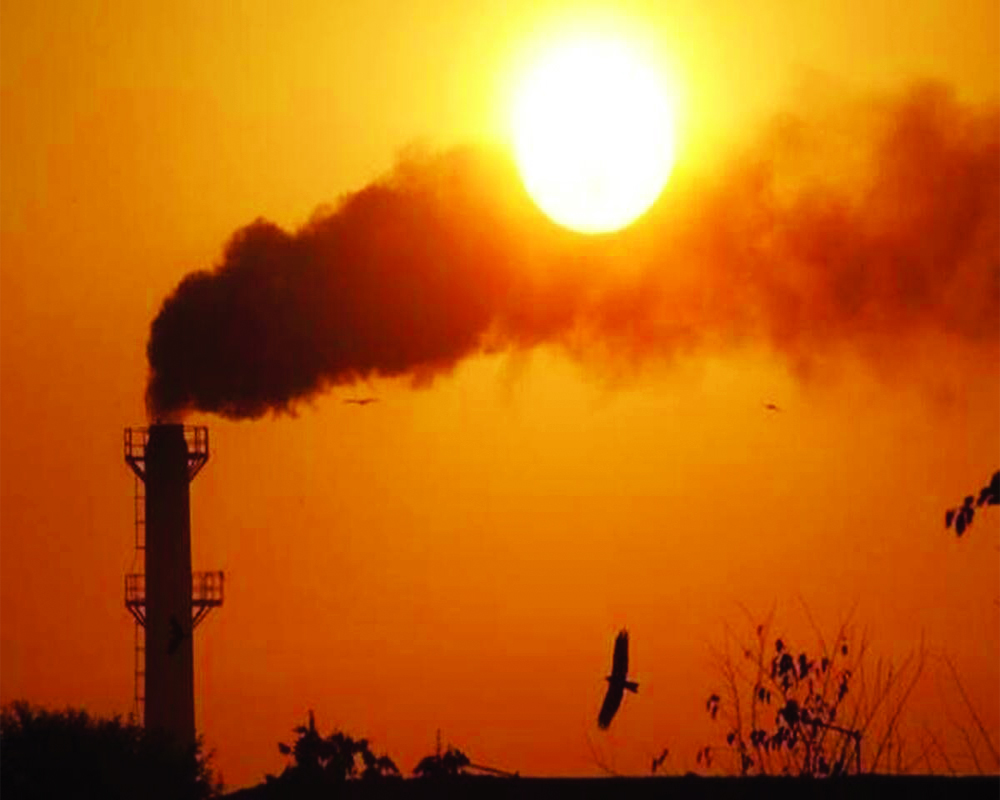 A rapidly growing and changing country like India should focus on avoiding emissions by setting key sectors on a low carbon growth path, with robust climate institutions and laws, writes Mohit Garg

As the world faces the dual challenges of Covid-19 and climate change, there has been growing acceptance of the fragilities of our energy, economic and health systems. India has been hailed as a global leader by Antonio Guterres, Secretary General of the United Nations for its Covid-19 response efforts of supplying critical medicines to more than 150 countries. During the 19th Darbari Seth Memorial Lecture, Mr. Guterres also acknowledged the role of India as an emerging superpower in the fight against climate change. During the pandemic, India’s proportion of Renewable Energy (RE) rose from 17% to 24% while coal-fired power declined from 76% to 66%. This has been a phenomenal leap for India that pushed for ‘Common but Differentiated Responsibilities and Respective Capabilities’ based on historic emissions in 1990s and championed the idea that industrialised nations (global north) must reduce their emissions and create an institutional mechanism for climate action funding for global south to augment their mitigation capacities (without binding commitments) while not hindering their economic growth.

India is one of the fastest growing economies with third highest GHG emissions in the world. According to the first ever climate change assessment report of India prepared by the Ministry of Earth Sciences (MoES), India’s average temperature has already risen by 0.7oC between 1901 and 2018 due to Green House Gas (GHG) emissions and is expected to rise by 4.4oC by 2100. Climate change has multiple repercussions on development, food and water security, health, gender equity and poverty alleviation efforts of India with a densely populated 7500 km coastline susceptible to extreme weather events like sea-level rise, storms and floods, third largest ice mass in north — the Great Himalayas, biodiversity rich Western Ghats and North East and nearly one billion people living in rural areas whose livelihoods depend on climate sensitive sectors like agriculture, fisheries, livestock and forests.

While much of climate change crisis in India is a result of the excesses of industrialised world, there are domestic drivers as well. Primarily the overwhelming reliance on thermal power in energy generation which accounts for roughly 68% of total GHG emissions, and an inefficient agricultural policy which encourages high yield, low nutrition, excessive water guzzling crops like rice and wheat in arid and semi-arid regions which exacerbates any climate change induced monsoon variations. About 90% of its groundwater goes into irrigation and about 80% of it goes to rice and wheat.

According to Research Institute of Humanity and Nature Japan, poverty alleviation measures would result in 50% increase in GHGs. But this increase can be contained by designing adequate food, energy and transport policies. India has potential to raise its RE capacity from the initial goal of 175 GW to 500 GW by 2030. Switching to RE would reduce dependency on uncertain coal and gas supplies while at the same time reduce GHG emissions of the country and create more employment. Co-benefits like improved air quality, water use, land use and biodiversity; improved social sustainability related to livelihoods, income distribution, migration and housing has incentivised political support. India has pledged to invest USD 100 billion in clean energy over five years. The Smart Cities and Smart Mobility plans coupled with policies like Faster Adoption and Manufacturing of Hybrid and Electric Vehicles (FAME-II) would ensure that India embarks on a sustainable transport growth.

India’s Nationally Determined Contribution (NDC) at Paris COP21 includes pledge to reduce its emissions intensity by 33-35% over 2005 levels, produce atleast 40% of its energy from renewable and sequester additional 2.5 to 3 billion tonnes of CO2eq through afforestation by 2030. According to Climate Action Tracker, India is the only major country whose actions to combat emissions are compatible with the goal of limiting global warming to 2oC.

While India is on its way to fulfil first two pledges, it needs to reorient some of its policies and regulations to fulfil the third pledge along with tackling food and water insecurity and ecosystem damage. The administrative planning levels like states and districts do not usually match up with the relevant agro-ecological zones or catchments. The probabilistic forecasting, urban resilience and adaptive capacities of states are usually very weak. The Environment Impact Assessment (EIA) is done by consultants hired by project proponents themselves and around 20% of the project fees is made only on grant of approval, which results in increased possibility of manipulation of documents by underplaying the environmental and social impacts of the projects under consideration. If small and marginal farmers plan to switch to hardy crops like chickpeas and traditional grains like sorghum and pearl millet, they face constraints of timely credit, seeds, irrigation, labour, insurance & market access leading to high and unsustainable cost of cultivation.

Focus on forests and urban green spaces could mitigate climate change through carbon sequestration, enhance resilience to droughts, flash floods and landslides, improve resilience of coastal infrastructure, reduce vulnerability to extreme heat by reducing ambient temperatures and support native wildlife and biodiversity. Drip irrigation and water sprinklers coupled with solar pumps, mulching and bed plantation can boost water availability at a fraction of the cost of large bridges and irrigation projects. Old water harvesting structures like water tanks and check dams should be rejuvenated for water harvesting and conservation, which suits local ecology and managed by local communities. Government can encourage shifting away from rice and wheat by providing appropriate scientific support and financial incentives (like MSP) to the farmers. Switching to Strategic Environment Assessment (SEA) from EIA would be instrumental in evaluating ecological ramifications of projects and ways to address them at the initial stage itself, by making regional plans rather than individual project assessments to evaluate the cumulative impact of the projects in a region, by hiring independent consultants for individual large project EIAs and by ensuring public participation to improve assessment and scrutiny.

While India is committed to NDCs till 2030, it needs long term goals for sustainable, equitable and carbon free growth to follow a 1.5oC path through confluence of technology, policy, financial and social actions. In the build up to Glasgow Climate Summit, a rapidly growing and changing country like India should focus on avoiding emissions by setting key sectors on a low carbon growth path, with robust climate institutions and laws. This would help in further garner political support for enhanced mitigation and setting net-zero targets which are achievable and credible.

The writer is Fellow, Anant Fellowship for Climate Action and Superintendent of Police, Narayanpur District, Chhattisgarh