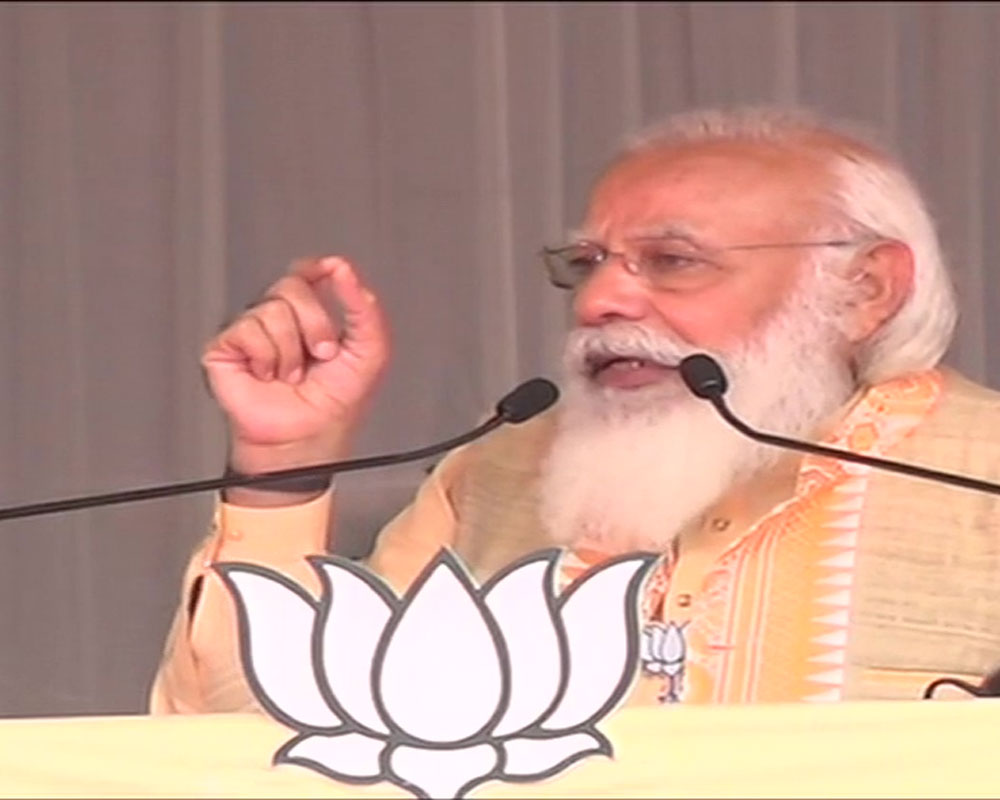 Drawing a football Analogy, Prime Minister Narendra Modi said on Thursday the people of Assam have shown the "red card" to the Congress-led Grand Alliance in the state.

He also accused the previous Congress governments of being a mute spectator to unbridled violence in the Bodo dominated areas of the state.

"People of Assam have given their blessings to the NDA in first phase of assembly poll. Football is a popular sport in Assam. In football parlance, the people of Assam have shown the Congress-led alliance the red card," he said addressing an election rally at Bijni in Kokrajhar.

Modi alleged the Congress governments in the state and at the Centre did nothing to check violence in Bodo areas.

"In the long years of its rule, the Congress threw Bodoland into bomb, gun and blockade culture. The NDA gifted Bodoland peace and respect," he said.

Targeting the Congress over its alliance with Lok Sabha MP Badruddin Ajmal's AIUDF, Modi said the main opposition party had surrendered before "tala-chabhi wale". Padlock and key are the election symbol of the AIUDF.

Several top BJP leaders including Union Home Minister Amit Shah have accused Ajmal and his party of encouraging illegal immigration from Bangladesh, a hugely contentious and divisive issue in the northeastern state.

"The Congress and its alliance will be punished for it. We will never allow them to loot the hard-earned peace," he asserted.

"Peace, progress and protection is our mantra for the Bodoland territorial region," he added.