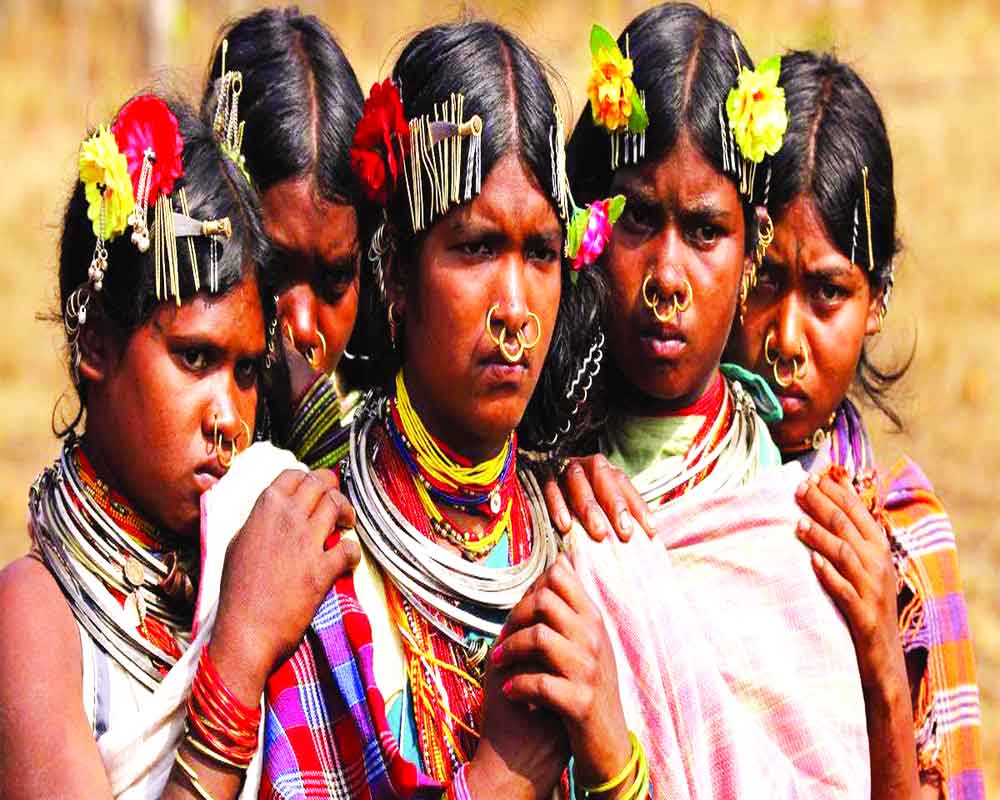 As G.N. Devy, the editor of Being Adivasi with the late Abhay Xaxa, shares in his introduction: ‘I would like to hope that it is received not just as a publication or academic exercise but as a prelude to change that is now overdue, a change that will bring to the Denotified & Nomadic communities at least some measure of justice and human rights that they expect to get as citizens of a democratic country & to Adivasis the understanding of their distinct identity. We, the people of India, owe it to them as the indigenous people of India’. An edited excerpt:

If the awareness of Adivasis and their concerns is scant among the non-Adivasi population of India, knowledge about communities described as ‘Denotified Tribes’ is almost absent. Lest the term be misunderstood as ‘some kind of Adivasis’ or ‘officially non-recognised Adivasis’ — which is not unusual among even those who know something about Adivasis — I would like to offer the following brief description of the Denotified Tribes. During the nineteenth century, after the British had more or less secured authority over all princely states in India, they found it necessary to disarm the disbanded soldiers of the vanquished armies of Indian princes. The British also wanted to ensure safe travels in Indian states for commercial purposes. In order to accomplish the two objectives, they appointed William Henry Sleeman to detect the use of arms by unauthorised individuals. Sleeman made copious notes and listed instances of armed clashes on highways in central India. In the process, he gave rise to the idea of ‘thuggee’. The idea attracted readers of his books back in England. The list of persons and their communities came to be associated with the idea of thuggee or communities that make looting and crime their profession. The1871 Criminal Tribes Act (CTA) was based on this notion. It listed communities as ‘criminal communities’, implying that being born in any of those communities made one automatically criminal intendency. The CTA provided for ‘reformatory settlement’, which were soft prisons. The listed communities were interned in these settlements, with severe restrictions placed on their free movement. Sleeman’s list had many flaws in it. Most of the communities had been traditionally nomadic in habit, an age-old social phenomenon in India. Members of the interned communities were put to hard labour, in most instances unpaid labour.

It is difficult to estimate as to how many perished due to the stress of labour. The members of these communities continued to live in the settlements for several generations spread over eight decades. In1952, two years after India adopted the Constitution, the ‘notified’ communities were ‘denotified’. They continued to be described as Denotified and Nomadic Tribes (DNT), while very few of them found a place in the official lists of jan-jatis, the ‘indigenous peoples’ or Adivasis. The stigma of criminality continued to stick to them despite the slight change in the label. Not being included in the lists of STs and SCs, with a few exceptions, they continued to languish without land, livelihood or access to schools and healthcare. Not having fixed addresses, their minimum rights as citizens too were not safeguarded. The stigma around their name often causes harassment from villagers and the urban population even to this day. There have been widespread incidences of mob lynching of members of the DNT communities. Governments have been generally indifferent to the plight of the DNTs as they do not form even a substantial minority, though their total population in the country is by no means insignificant. When Dr Manmohan Singh’s United Progressive Alliance (UPA) government appointed me as chairman of the Technical Advisory Group for the Denotified, Nomadic and Semi-nomadic Communities, I found that the population of the DNTs could be close to seven-eight crore.That was in 2008. At present, the number may have gone up and may be close to ten crore. The Census of India has never carried out any clear counting of the DNTs. And since the numbers are not officially ascertained, the locations of these communities are not properly documented and no systematic thought has been given to their livelihood requirements and their human rights; they continue to remain in India’s imagination as the invisible nowhere people. The present volume includes an introductory essay on the DNTs. For several decades following Independence, ‘Adivasi’ was an anthropomorphic ‘type’ cast in sentiment and piety, or else dismissed as historical baggage worth leaving behind in India’s march to modernity and nationhood. Though the complexities of Adivasi society received attention in scholarships related to the theme, the popular attitude to Adivasis was severely restricted by the acronym ‘ST’. Excessive pity and excessive contempt are both equally potent instruments of ‘othering’ people. It is therefore that Archana Prasad’s analysis of the class-currents within Adivasi communities becomes important as an antidote to the ‘othering’ processes. She concludes, after presenting a nuanced analysis of the tensions and textures in Adivasi contemporary identity discourse: “. . . the multifarious manifestations of neoliberal policies have also created diverse forms of Adivasi politics with different social basis. It is therefore important to distinguish between identity based struggles which have been led by those who are situated within the working class and those whose motive has been to get incorporated within the current power structure. Further, the culturally exclusive character of Adivasi politics is also hegemonic and camouflages the inequalities within the Adivasi society. On the other hand, non-culturally exclusive class politics has had to come to terms with the persistence of identity-based politics by adopting a more nuanced approach towards it. This collaboration has been facilitated by the intensifying communal polarisation and economic crisis, leading to the transformation of Adivasi politics, both class and identity based. Such a development is not only positive, but also essential to take on an authoritarian and neo-liberal government and the challenges that it poses to all progressive forces within the country.”

It needs to be mentioned that the facts of Adivasi political expression, cultural production and major social struggles over the last half century, all go to show that the general perception of Adivasis and their participation in modern India’s process of becoming falls woefully short of reality. The new-generation Adivasis are keen to create a more realistic view, one that is from the perspective of Adivasis. Abhay Xaxa states in clear words: “Apart from development issues, there was also a demand for a stringent anti-conversion law which has been used as a tool to divide the Adivasi communities on the lines of religion.The communal agenda of these organisations has gradually created a fear among people who don’t subscribe to the dominant discourse of assimilating the Adivasis in the Hindu fold. As a result, the harmonious relationship between various Adivasi and forest dependent communities have been broken and communal violence is also increasingly experienced in Adivasi areas.”

In order to obtain this view, the UPA-II government appointed the Committee headed by Virginius Xaxa. Abhay Xaxa refers to the Xaxa Committee report and points out that: “The panel recommended radical changes to the laws, regulations and rules to protect Adivasi communities from land alienation and to ensure their rights over resources are handed back and protected. The report also laid out an overhauled, expansive and detailed framework for providing better education, health and opportunities to tribal communities across the country. If the recommendations of the Xaxa committee are implemented, it will surely have an empowering effect on Adivasi communities.”

On the other hand, N.C. Saxena’s essay presents a deeply sympathetic but somewhat predictably simplified view. Dr Saxena’s historically important contribution to Adivasi development and the role he played inside government bureaucracy in favour of Adivasis are of a legendary proportion. Yet, seen from an Adivasi perspective, his overview is likely to be read as slightly less than a full view of what is happening today inside the minds of Adivasi communities in India. Saxena states: “The oppressed tribals, unlike other disadvantaged groups, generally suffer and endure their exploitation silently. In some areas, however, they have taken to armed insurgency. The middle path of agitational politics by organising bundhs, taking out processions, and putting pressure on the politicians, so successfully adopted by other groups in India to articulate their grievances, is alien to the tribals and has historically been unknown to them. Civil society needs to play a big role here, and government too should not brand all tribal activists as Maoists.”

These comments need to be read together with fictional works by Mahasweta Devi in order to understand that the silence of Adivasis is not the absence of voice but rather a powerful statement which we have not yet begun grasping. The ‘silence’ is extremely powerfully articulated by Vikrant B.: “. . . stunted reading of social, economic and political realities created a host of mythologies and prejudices with respect to Adivasis and tribes in India. They were perceived to be isolated, self-sufficient, animist, under-developed and backward. Seemingly harmless, these mythologies have had serious policy and political implications. For example, tribes are seen as inter-linked with castes in India, by policymakers, academics, and even in popular perception. At one level, it is perhaps necessary to denote common subalternity, so as to emphasise the State’s obligation to their upliftment and empowerment. However, this manufactured equivalence glosses over the fact that while the Dalit question is relatively centre stage in the nation’s consciousness, the Adivasi question is not.”

The last clause of this paragraph sums up the purpose of this volume. It is, in the simplest words, to present ‘the Adivasi question.’ It includes the question of Adivasis in the context of modern India, the questioning of the nation’s ideas of development by Adivasis and also the manner in which Adivasis pose their questions within the much-misunderstood framework of their understanding of what democracy means. Or, in other words, the Adivasi is the question handled by this volume, the Adivasi manner of questioning too is its concern and the questions raised by Adivasis before the Indian nation too are its paramount concern.