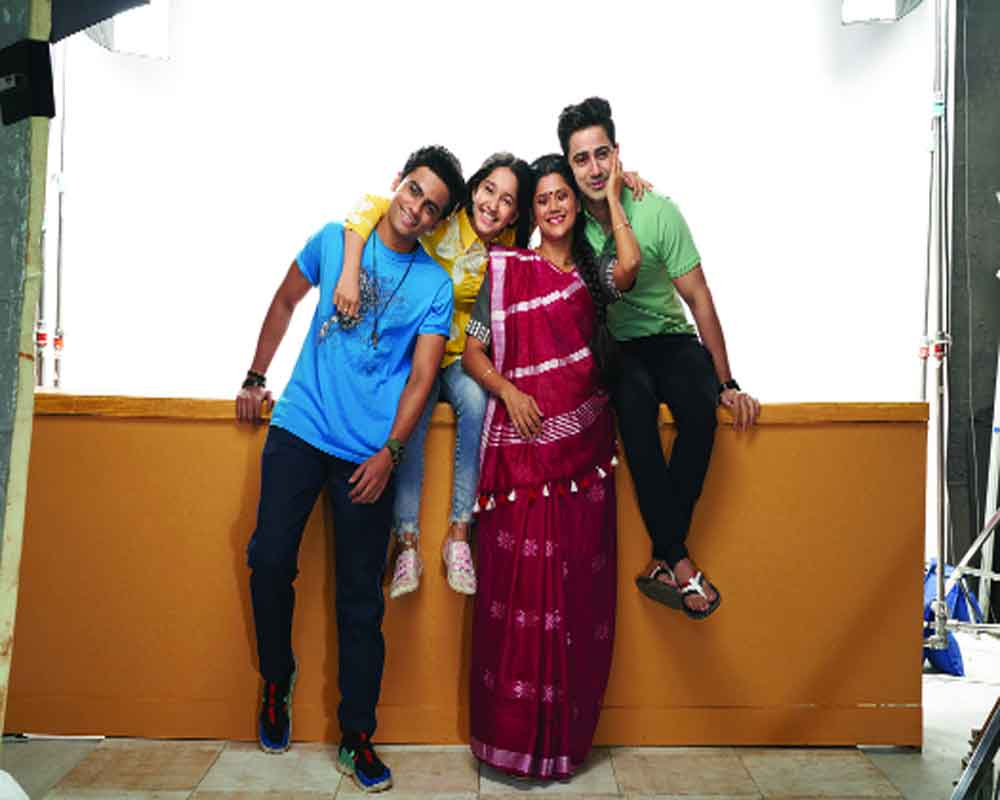 Much like her one-liners, she is defined by her unabashed grit and resilience. She is not the quintessential maa to indulge her kids beyond measure nor does she gets bogged down by her tough life. Beyond her boisterous, unpretentious and hardworking exterior, lies a woman who finds solace in little joys of life, classic Hindi film songs and an ardent love for cricket. And it’s time to know her and her story! Sony SAB brings to you a slice of life narrative in Pushpa Impossible, the story of a woman and her exceptional turnaround in her quest to earn respect from her family and society through education. Headlined by Karuna Pandey, the show underlines a woman’s stellar transition from a victim of fate to a champion of her destiny. Pushpa Impossible premieres on Sony SAB on June 6 at 09:30 pm.

&TV's Happu Ki Ultan Paltan never fails to entertain its audience with humorous and enjoyable tracks. Every time we see the characters landing themselves into amusing situations, making for a hearty laugh for the audience. So, get ready to experience hilarity at its best as Yogesh Tripathi (Daroga Happu Singh) turns into an entertaining courtesan, sabke dilon ki Jaan, Happi Jaan! So, as it goes, in a mission to arrest a gangster named JK, Daroga Happu Singh disguises himself as a beautiful and charming courtesan, Jiske Ek Ada Par Hoga Pura Mohalla Nyochavar!

Academy Of Pastry & Culinary Arts, a world-renowned and esteemed group of professional culinary and pastry schools, culminating their annual cook off competition at the Bangalore center. The event featured 20 chefs from Bangalore, Hyderabad and Chennai competing as a duo to exhibit their unique culinary skills. Regency college, Hyderabad secured the first position followed by IHM Hyderabad and St Joseph, Bangalore secured second and third position, respectively in this highly anticipated event by displaying their impeccable pastry and culinary skills.

The students were asked to prepare a four-course menu with progressive India themes within eight hours. The dishes prepared by the chefs were judged by chef Jagadish Purushotham, Chef Charles Jayakumar and Chef Raghunandan V.

Expressing appreciation for the participants, Niklesh Sharma, Executive Pastry Chef & Managing Director  APCA said: “It was delightful to see such talented chefs create delectable delicacies and each creation is worth the mention. We appreciate the efforts of all the chefs who participated in this event and also would like to congratulate the winners.”

The winning team was judged based on creativity, hygiene, taste, texture, and appearance. The top three winning teams won prizes worth Rs 3 lakh.