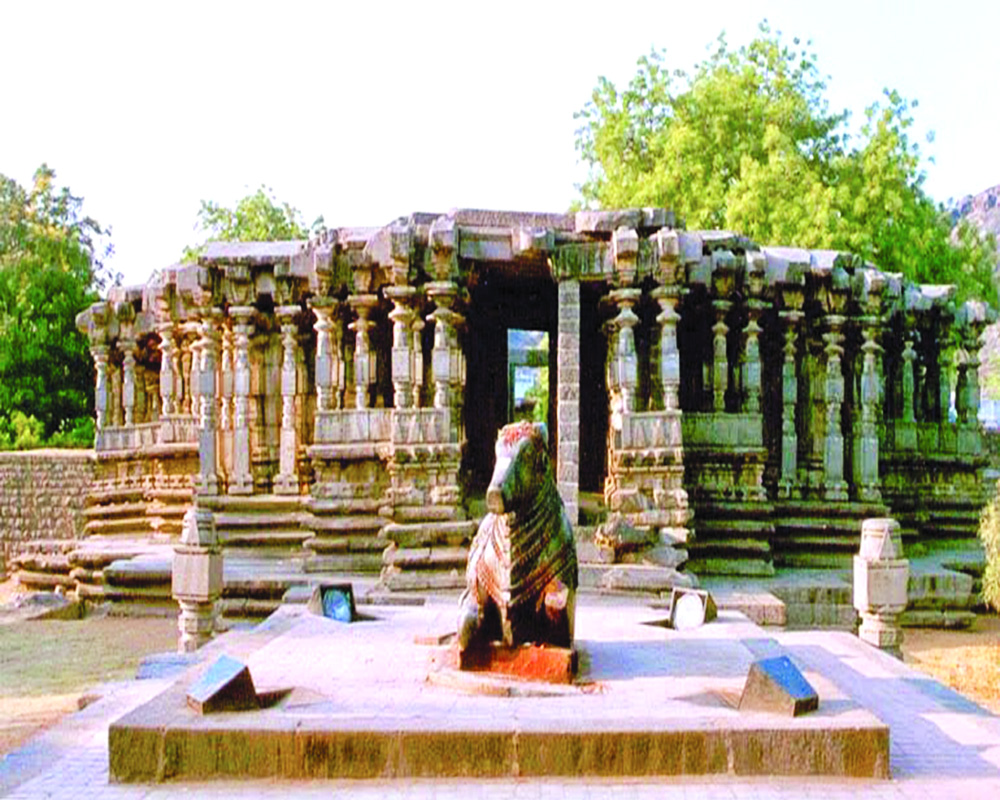 As Indians, we must take pride in being a Secular nation and as citizens promote an environment devoid of religious antagonism for the greater good of humanity, writes Susan Mishra

As we stand in the 21st century and witness bitter inter-religion intolerance, a peed into the past is imperative to understand the present.  There are numerous instances from the medieval to the modern era in the south, north, and eastern India where Hindu and Muslim communities lived side by side without a feeling of animosity and antagonism.

In Malabar, Islam probably arrived in the 7th century CE along with the Arab traders, and by the 12th century CE, a strong Muslim community existed here. The Zamorins were Hindu rulers of the Kingdom of Calicut (now Kozhikode). They maintained elaborate trade relations with the Muslim Middle-Eastern sailors in the Indian Ocean as Calicut was then an important trading entrepôt on the western seaboard of India. Under the Zamorins, the Muslims enjoyed many commercial, political and religious privileges. The very fact that Zamorin rejected Vasco da Gama’s request to banish all Muslims from his kingdom clearly speaks of the significance accorded to Muslims in a Hindu kingdom.

In fact, it is the Portuguese who became the common enemy of the Muslims and the Zamorin. The latter received full support from their Muslim populace in terms of mobilization of manpower, resources, and funding of wars against the Portuguese. The Muchundi and Mishkal mosques in Kozhikode are living examples of assistance provided by the Hindu Zamorin rulers to their Muslim community. The 13th century CE inscription in Muchundi mosque in Kuttichira, Kozhikode records the establishment of the mosque by certain Shahab al-din Raihan, and the Zamorin ruler granted some land to it for certain daily expenses incurred at the mosque. The Mishkal mosque is also located in Kuttichira, Kozhikode, and was built by a merchant ship owner in the 14th century CE. This mosque was attacked, destroyed and burnt in 1510 by the Portuguese.

The Zamorin was furious at seeing the devastation of the city and the destruction of the mosque. The combined efforts and firm determination by the Nairs and Muslims shattered the dreams of the early colonizers in Malabar. Post the victory of the Zamorin in the battle of Chaliyam, the ruler supported the restoration and reconstruction of the Mishkal mosque. It is believed that the stones and the wood from the Chaliyam fort were carried and placed in the yard at Mishkal to be used in the reconstruction of the mosque. The Khasi Foundation of Kuttichira commemorated 500 years of the grand gesture of the religious harmony of the times by honoring the Zamorin. In remembrance of the great harmony between the two communities and for thanking the ‘Zamorin King’ for his solidarity with the Muslims, the representatives of the Khasi Foundation visited the residence of the current descendants of the erstwhile Zamorin kings and presented him a painting of the Mishkal Mosque.

Turning the focus on 21st century Kerala, at Ponnani a 16th century CE mosque, known as Misri Palli preserves its original structure due to the efforts of a non-Muslim speaker and legislator.  When the work of its demolition began for the purposes of constructing a new mosque, some people contacted P. Sreeramakrishnan, who rushed to the site and stopped the work. He called a meeting of the mosque committee and convinced its members not to dismantle it so that it is preserved under the Muziris- Ponnani heritage conservation project.

Erumely/ Erumeli in the Kottayam district of Kerala is a living example of how myths and legends can bind two religious communities and assimilate a mosque within an important Hindu religious pilgrimage. The Mosque here is dedicated to Vavar who is considered a companion of Lord Ayyappa. Every year multitudes of Hindu pilgrims worship at this mosque before they embark on the arduous trek to the holy shrine of Sabarimala Ayappa Swami. There are many legends about Vavar and according to one, Vavar was an Arab commander who was defeated by Lord Ayyappa. Impressed by Vavar’s valor, he became Ayappa's close associate and aided him in the wars in the mountainous region. According to belief, Vavar protects devotees who make the difficult trek through the forests to the main temple at the top of the hill that houses the Sabarimala Temple.

The Hindu Vijayanagara Empire’s 14th century CE capital of Hampi and its monuments is a UNESCO World Heritage Site. Legends and inscriptions speak of Hindu support to the Muslim populace of the kingdom. At Sindhaghatta in Mandya district of Karnataka, the Muslim community did not have a mosque and Babu setti, a local merchant, built a mosque to which the local officer Rangayya Nayaka gifted a village.  What is of interest is that the mosque was not built at a site away from a Hindu settlement, but was located amidst villages granted as gifts to learned Brahmins.

Legend has it that Babbaya, a Muslim Fakir, established himself at Penukonda and had a strong following. After the death of the fakir, a dargah was erected, and the grant of Venkata II records the restoration of certain villages originally granted by Vira Narasingha Raya, Sadashiva, and Venkata I, to the dargah of Babayya in Penukonda. Mangammal, a Hindu Nayaka queen made a gift of some villages in 1701-02 CE in Tiruchirapalli to the dargah of Babanatta.

The other contemporaneous dynasty ruling at Deccan was the Muslim Adil Shahis of Bijapur (1489 to 1686). A Farman of Muhammad Adil Shah dated to 1653 CE records a grant made by the ruler to Namdev Vithal, a Brahmin from Mubarakabad. Namdev was the head of Joshis and had approached the ruler for royal favours and the Sultan obliged by granting land at various localities. He also received a tanka (gold coin) from highway and food grains and was also exempt from payment of taxes.

Ibrahim Adil Shah II (1580 CE to 1627 CE) was a great patron of music and is credited with the composition of the book Kitab i Nauras is a book of couplets and verses dedicated to Hindu deities and Muslim saints. What is of interest is that most are dedicated to Saraswati, Ganesh and other Hindu deities. The text begins with an invocation to Goddess Saraswati for her blessings and favors. Descriptions of Lord Ganesh and Lord Shiva have been beautifully described by the Sultan in his compositions.

In the modern epoch of South India, the seventh Nizam of Hyderabad- Mir Osman Ali Khan (ruled from 1911-1948) deserves special mention. He had a liberal outlook toward religion and provided financial assistance and donations to temples and Brahmins in his kingdom.  Mir Osman Ali Khan tended to the repair, and maintenance of the conservation of the Thousand Pillar Temple at Warangal. The Nizam also donated liberally donated to various temples in his dominions.

Turning towards the region of eastern India, in Orissa Salabega occupies a permanent position among the devotional poets of Odisha. He lived in the first half of the 17th century and was the son of the Mughal Subedar.  According to folklore, he was held up on his way while returning from Vrindavan to Jagannatha and he prayed earnestly to the Lord to wait for him on the Nandighosha chariot so that he could see his Lord. The Lord waited there and gave darshan to Salabega, his dear devotee on the Bada Danda, near Balagandi. An ardent devotee of Shri Krishna and Jagannath, Salabega devoted his life to composing bhajans, hymns, and devotional songs in praise of the Shri Jagannath and Radha Krishna.

In Ahom kingdom, the Muslim populace was well assimilated into the Assamese society and the army included many Muslim soldiers and officers who fought against the Mughals.  Ismail Siddique, popularly known as Bagh Hazarika played a significant role in the Battle of Saraighat in 1671. An inscription of Ahom king Lakshmi Singha issued around 1780 CE records a grant in favour of Hazi Anwar Fakir. Ahom king Kamaleswar Singha  reconfirmed all earlier grants made by the Mughal and Ahom rulers in favour of Khadim of Hajo Dargah,

In the context of north India, in the erstwhile region of Awadh, in 1855 at the Hanumangarhi temple at Ayodhya conflict arose between the Hindus and the Muslims. Wajid Ali Shah is said to have appointed a Committee to investigate the matter, and the decision went in favour of the Hindus.  On learning about an imminent attack on the temple, Wajid Ali Shah ordered a regiment to guard the temple. Other instances include the 250-year-old Hanuman temple of Lucknow which is believed to have been constructed by Nawab Asaf-ud-Daula’s mother Alia Begum. The mosque, popularly called as Padain Masjid in Aminabad was built by Rani Jai Kunwar Pandey, a Brahmin as a gift to her close friend - the Begum of Nawab Saadat Ali Khan.

When we try to look at the past from a 21st-century lens, we will inevitably see Hindus and Muslims as polar opposites. While there are challenges in Hindu-Muslim relations, it would be naive to dismiss the relative social harmony in which the two communities have coexisted in India. As Indians, we must take pride in being a Secular nation and as citizens promote an environment devoid of religious antagonism for the greater good of humanity.

(The writer is a research scholar and recipient of the Devangana Desai senior Fellowship CSMVS Mumbai. She is also the author of two books.)