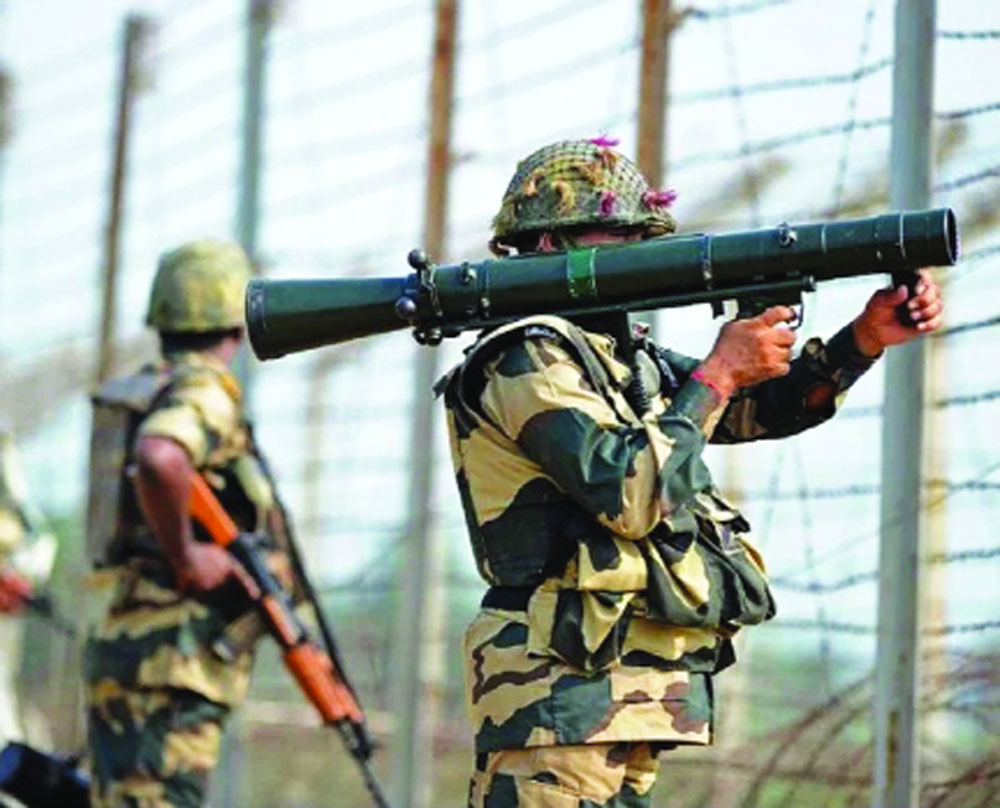 Days after Union Home Minister Rajnath Singh’s assertion that “something big has happened” in retaliation to BSF jawan Narender Singh’s brutal killing by Pakistani forces, it has now emerged that the BSF killed 14 men of Pakistan Rangers and destroyed six bunkers on the intervening night of September 25 and 26 along the Line of Control in Jammu & Kashmir.

As a tit for tat for tying the feet of Singh and slitting his throat, the BSF also inflicted befitting injuries on at least two personnel of the Pakistan Rangers, top sources said.

The BSF jawan was killed on September 18 by the Pakistan Rangers while clearing elephant grass on the international boundary along with a team.

After India’s retaliatory strike, Pakistan Army corps commander visited the border area on September 26 to boost the morale of the elite unit of Pakistan Rangers trapped and hit by the BSF. Outgoing BSF DG KK Sharma had on Friday said sufficient action was taken and Narender ‘s killing was avenged on the LoC. Sharma had also said the Pakistan side had vacated five km of the area from the zero line fearing further retribution and mortar shelling from the BSF.

The retaliatory action was planned by the BSF swiftly, and “fox game” played by the Intelligence agencies, was used ahead of the action against them. In a fox game, the agencies use the communication and media platforms to hoodwink the adversary and reduce their alertness.

The casualty figures are significant especially when the BSF has not used mortar firing to retaliate against the counterpart.

“A series of fronts and posts were activated along the LoC, fox game was in full play and a successful coordinated action was executed against the adversary. All the action was executed on their (Pakistan) side of the LoC,” an official privy to the details said.

The sources also did not rule out further action against Pakistani forces.