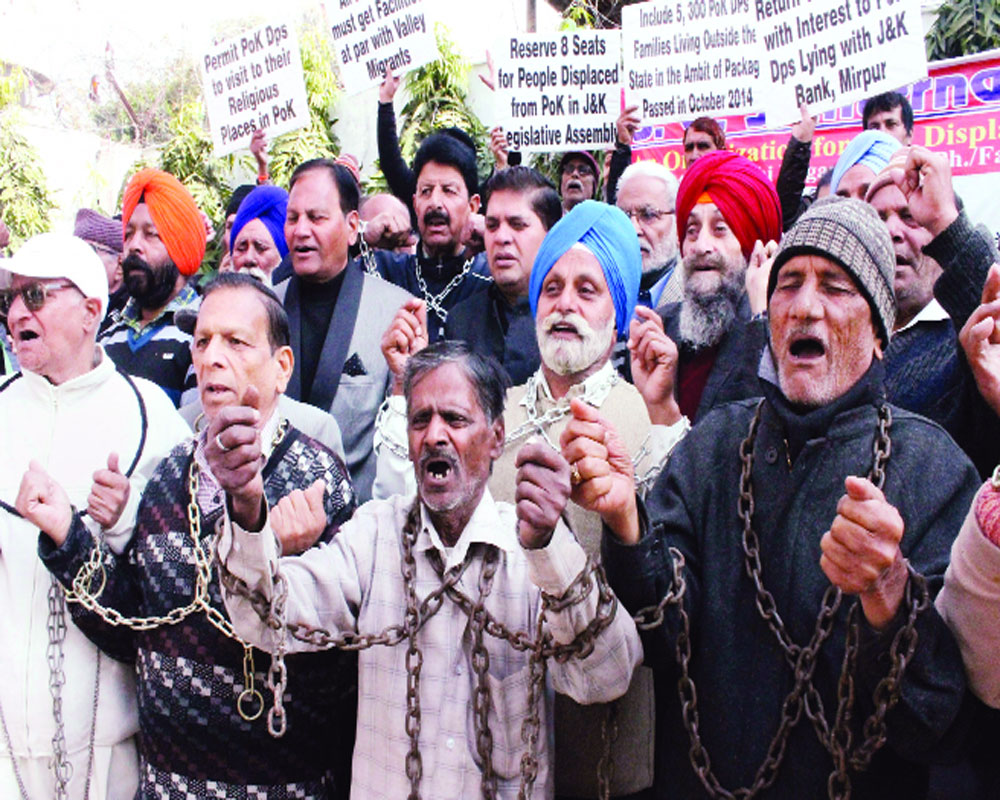 From Kashmir to Kerala, be it the Sabarimala issue or the rights of citizens in Jammu & Kashmir, there is a need to look at everything through the prism of the Constitution

Prime Minister Narendra Modi largely stuck to his developmental agenda during his visit to Jammu, Srinagar and Leh on February 3, 2019, inaugurating projects worth Rs 44,000 crore but disappointing the faithful in Ladakh and Jammu by failing to address their core anxieties. Ladakh was expecting a grant of divisional status to redress decades of neglect but perhaps Modi has kept that for another day. His major focus was on education and healthcare, the prime concerns since 2014. He launched the University of Ladakh, a long-standing demand recently granted under President’s rule and laid the foundations for two All India Institutes of Medical Sciences (AIIMS) in Jammu and Srinagar.

At Jammu, however, he acknowledged the unresolved problems of Kashmiri Pandits before massive crowds: “We haven’t forgotten their persecution. I always feel their pain  and I am committed to delivering justice.” He spoke about the importance of the now-shelved Citizenship Bill and the rights of Hindus, who had to come to India to escape religious persecution in Pakistan, Afghanistan and Bangladesh. This is a clear hint that Modi intends to pursue this if returned to power in the coming elections.

Given the Kashmir-centric bias imposed on the region from 1947, Modi surely understands that much can be achieved under President’s rule. Indeed, it is time to take the bull by the horns and begin by granting Indian citizenship to refugees from West Pakistan from 1947 and end the sense of betrayal which pervades the Hindu psyche in the region. Scrap the State flag, the issue for which Syama Prasad Mukherjee sacrificed his life, and begin the debate on filling the 24 Assembly seats reserved for the Pakistan-occupied Jammu and Kashmir (POJK) regions with nominations from among the POJK refugees. Part III of the Constitution of India, pertaining to Fundamental Rights, should be bestowed upon citizens of Jammu & Kashmir without further ado.

Modi is surely aware that Kashmiri is an ancient classical language that could have been the official language of the State but for Aligarh Muslim University alumnus Sheikh Mohammad Abdullah imposing Urdu. Kashmiri in Sharda script should replace Urdu in educational institutions; Jammu can have Dogri and Ladakh Bhoti. Hindi and English would continue as link languages with the rest of India. Though the subject of Article 370 and 35-A is before the Supreme Court, the Prime Minister should promise that these will be scrapped by presidential order and the State fully integrated with India, as desired by Maharaja Hari Singh, who was repeatedly rebuffed and humiliated by Jawaharlal Nehru. It is for Modi to set the agenda; the BJP does not owe anything to Sajjad Lone; he can take a walk if he cannot accommodate nationalist sentiments.

Meanwhile, the Rashtriya Swayamsevak Sangh (RSS) and Dharam Sansad of religious leaders have expressed concerns over sustained assaults on Hindu traditions and sensitivities by vested interests. In Sabarimala, people with no locus standi persuaded the Supreme Court that entry of women of a prohibited age group was imperative for gender justice, equality or parity. Keen to deliver a ‘landmark judgement’, the court invented Constitutional morality and waded into liberation theology, a concept invoked by Christian clergy of Latin America, who stood with their people against American-backed, Vatican-endorsed dictatorships.

Sabarimala has been on the evangelical hit list for decades; the inquiry into the fire and desecration of the shrine in 1950 hinted at missionary involvement. In September 2006, a non-Hindu actress, Jaimala, claimed to have entered the temple at the age of 27, which was revealed in a devaprasanam conducted by astrologer Unnikrishna Panicker, who had old links with her. This incident was linked to the incrimination of Chief Thantri Kantaru Mohanaru in a sex scandal involving a Christian woman of allegedly questionable morals. We must see these incidents as a calculated assault on Hindu society, a continuum of the plot against the Kanchi Acharyas.

Sabarimala’s unique rites and customs, including restrictions on women of a certain age group, qualify it as a denominational temple under Article 26 of the Constitution. Ayyappa, son of Shiva and Vishnu as Mohini, is Naishtika Brahmachari (eternal celibate) and performs eternal tapas (penance); hence women of reproductive age (10 to 50 years) do not disturb him. This age group spontaneously reacted to the verdict with the #ReadytoWait movement.

This forced the RSS, the Prime Minister and the Dharam Sansad to appreciate that the threat to a unique practice in a remote corner of the country is a threat to Dharma itself because the myriad forms of worship comprise the unity of Sanatana dharma. Claptrap like unity in diversity is the cross of Abrahamic faiths with their notion of singular divinity. For Hindus, diversity reflects unity of creation.

The trustees of Sri Venkataramana of Moolky Petta temple were managing the temple on behalf of the Gowda Saraswath Brahmins. After the Madras Temple Entry Authorisation Act (Madras V of 1947) permitted Harijans entry into Hindu public temples, the trustees claimed the temple was private and outside the Act. The Government rejected this claim. The Bench addressed the question of whether the right of a religious denomination to manage its affairs in matters of religion guaranteed under Article 26(b) is subject to and can be controlled by a law protected by Article 25(2)(b), throwing open a Hindu temple to all classes and sections of Hindus. The judges held that Article 25(2)(b) protected the right to enter a temple for worship but the right is not absolute and unlimited.

Applied to Sabarimala, this means that women of the restricted age group do not form a separate class or section and, hence, the restriction is not violative of the law. As this verdict was questioned in the Sabarimala petition, it should not have been overturned without reference to a seven-judge Bench. Perhaps the review will take note of this crucial point.